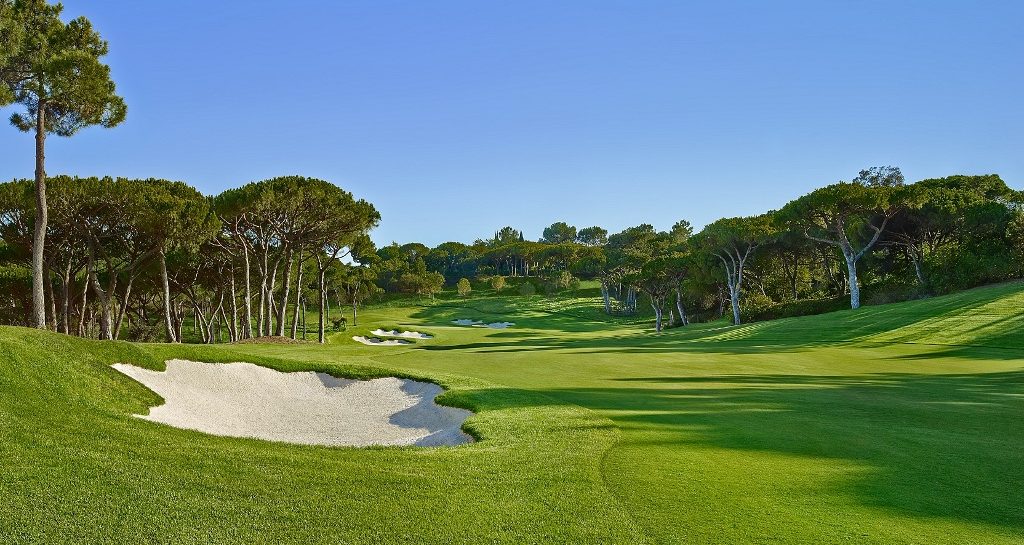 Quinta do Lago, one of the most prestigious sport and lifestyle destinations, has further strengthened its reputation by climbing to an impressive fifth place in Golf World’s ‘Top 100 Golf Resorts in Continental Europe 2018’ rankings.

The exclusive resort on the sun-kissed Algarve rose four places in the respected list following this year’s refurbishment of the chic 74-bedroom Magnolia Hotel, which now offers visitors a first-class, yet affordable, accommodation option with a range of stay-and-play options.

In ranking it so highly, Golf World said: “We’ve always been a fan of this grand resort on the outskirts of Vilamoura. With two courses in our most recent Golf World Top 100 Courses Continental Europe ranking, and a third that could genuinely compete for inclusion, the quality of the golf offering has never been in question.

“In our inaugural European resorts ranking in 2016, we docked them a few points because, while there are numerous hotel options on the expansive property, at the time, Quinta do Lago actually only owned villa accommodation.

“We felt this detracted a little from the intimate ‘resort’ experience many golfers want. This has all changed now with the addition of the new Magnolia Hotel. The resort has modern boutique accommodation of the highest quality that also includes a selection of suites and cottages.

“The resort also recently opened a new state-of-the-art multisport hub, The Campus, which offers a wide range of indoor and outdoor leisure facilities. Quinta do Lago remains a fantastic place to play golf and be as relaxed or as active as you want.”

Quinta do Lago is famed for its highly acclaimed three 18-hole championship courses, practice facilities, including the TaylorMade Performance Centre – the only one in southern Europe – and the Paul McGinley Academy.

The iconic and eye-catching South Course, host of the Portuguese Open on eight occasions, continually features strongly in the world golf rankings and is considered by many to be the jewel in the Quinta do Lago crown.

The North Course – redesigned in the autumn of 2014 by renowned American designer Beau Welling and former victorious European Ryder Cup captain Paul McGinley, at a cost of €9.6 million – has just been nominated in the Publituris Travel Awards, known as the Oscars of Tourism in Portugal, 2018 Best Golf Course section.

And the scenic par-72 Laranjal, which winds its way through orange groves, won Portugal’s Best Golf Course of 2011 at the Portuguese Travel Awards thanks to its pristine fairways and immaculate greens.

But it is not just the golf that has seen Quinta do Lago rocket to number five in the rankings as the resort, positioned in the picturesque Ria Formosa Natural Park and just 15 minutes from Faro airport, is home to an array of fine restaurants and world-class leisure facilities.

Among the dining options are the award-winning Bovino Steakhouse, famed for its prime steaks, and Casa do Lago, which serves the finest fish and other delicious Mediterranean dishes, all on a lakeside setting complete with outside terrace, pool and fire pit.

And Quinta do Lago’s commitment to continually ensure it is a leader in its field, has seen the conclusion of the new multi-million-pound Campus – a 45,000 sq foot, world-class sports hub that is designed for athletes of all levels.

The Campus boasts a fully-equipped multisport training, performance, recovery, rehabilitation, aquatic and hydrotherapy centre, as well as top-of-the-range acrylic and synthetic clay and padel courts, while the high-tech Desso Hybrid Grassmaster pitch has already attracted some of the biggest professional football clubs in the world this year as part of their training camps.