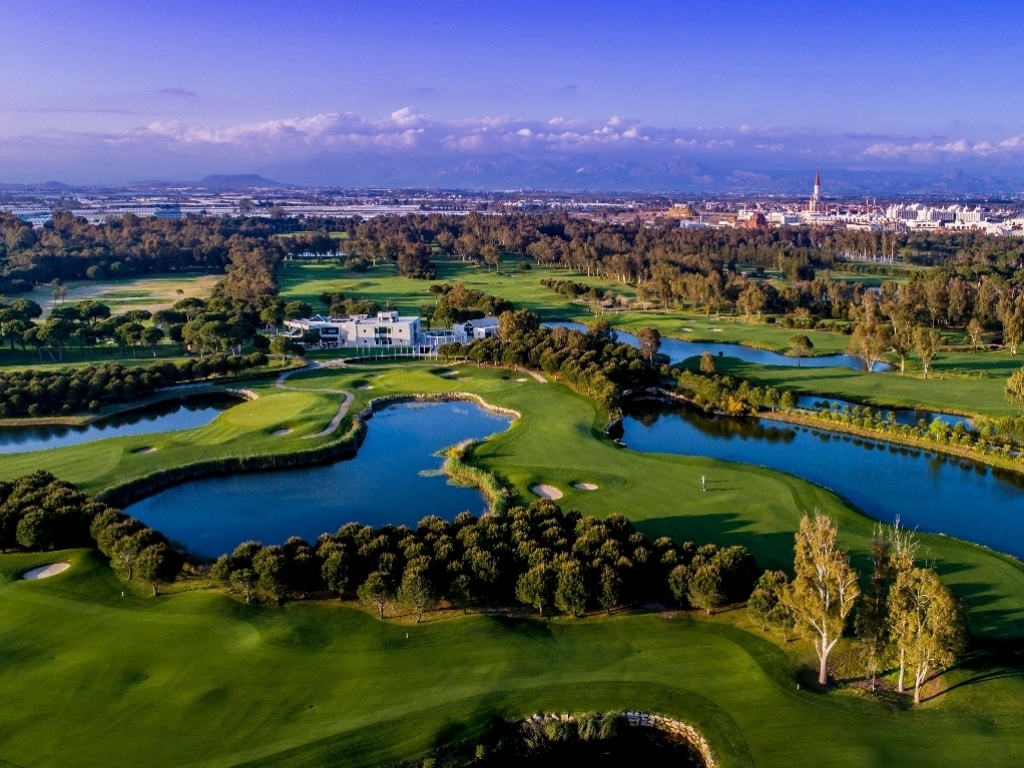 PGA National Turkey Antalya Golf Club has high hopes of double success at the 2018 World Golf Awards after being shortlisted for two of the leading honours at this year’s event, which will take place in Spain in November.

The prestigious venue’s acclaimed PGA Sultan course is among the leading contenders to be named as ‘Turkey’s Best Golf Course, while its five-star Kempinski Hotel The Dome is one of nine nominees competing for the title of ‘Turkey’s Best Golf Hotel’.

Opened in 2003, the PGA Sultan has hosted numerous high-profile tournaments including the 2012 Turkish Airlines World Golf Final, which featured the likes of Tiger Woods, Rory McIlroy and eventual winner Justin Rose. Measuring 6,477m from the back tees, players must negotiate a number of hazards to score well on the narrow, challenging layout, including no fewer than 12 lakes and 122 bunkers.

One of two luxury hotels at PGA National Turkey, the Kempinski Hotel The Dome features 176 spacious rooms – including 18 villas – and boasts a wealth of elite sports and leisure facilities including tennis, a private beach, a luxury spa and kids’ club, while hotel guests can experience an array of different culinary experiences at its variety of bars and restaurants.

Yasin Akkanat, owner of PGA National Turkey Antalya Golf Club, said: “It’s a great honour for PGA National Turkey to have received two nominations at this year’s World Golf Awards, and is testament to the rich experience that we offer all our guests, on and off the course.”

Situated 25 minutes from Antalya, PGA National Turkey Antalya Golf Club is regarded as one of Europe’s top golfing venues and was the first golf resort in Turkey to feature 36 holes.

The resort’s extensive facilities include two 18-hole golf courses – the PGA Sultan and The Pasha – and two five-star hotels, the Kempinski Hotel The Dome and the 442-room Sirene Belek Hotel.

Complementing the courses are excellent practice facilities including a 300-metre driving range and academy, while the resort recently took its global profile to new heights by joining the select group of courses to receive the official endorsement of The Professional Golfers’ Association, being renamed as PGA National Turkey.

Away from the fairways, hotel guests can enjoy access to numerous other sports and leisure facilities including tennis, football, various watersports, kids’ clubs, fabulous pier and two luxury spas, while the resort also offers an array of opulent culinary experiences at a variety of bars and restaurants.

Voting for the 2018 World Golf Awards is open until late autumn, with the winners set to be crowned at a lavish gala ceremony at La Manga Club, south-east Spain, on Saturday, November 3.

For further details about the World Golf Awards and how to vote for PGA National Turkey, visit http://worldgolfawards.com/ .