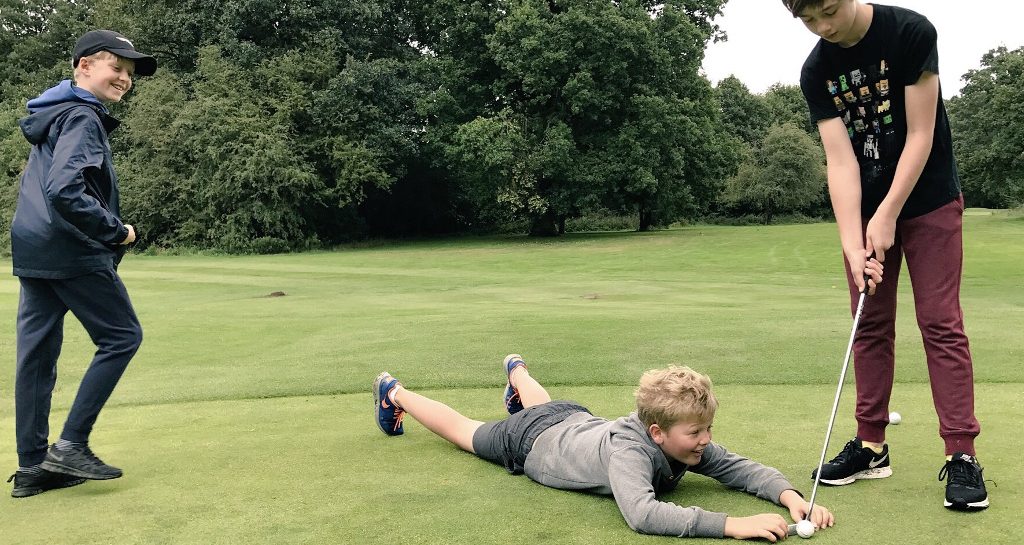 Juniors at Oulton Hall are to participate in the exciting 2019 GolfSixes League, created by the Golf Foundation to encourage more youngsters to take up the sport.

Last year the initiative reached 102 golf clubs, but, this year, Oulton Hall will be one of more than 200 clubs to take part nationwide as the GolfSixes League continues to prove highly popular with club management, PGA professionals, parents and, most importantly, the youngsters.

The format involves quick six-hole matches against other clubs in a fun Texas Scramble format – a great way of building confidence among new players. The matches are designed to create a sense of belonging in junior sections, while also forging a respect for practice among young players. In 2018, squads of 12 boys and girls represented their golf clubs playing weekly team golf – all while bedecked in coloured, GolfSixes-branded team shirts.

Oulton Hall will feature in the West Yorkshire league, against teams from Garforth, Waterton Park and Sandmoor golf clubs, with the opening fixture taking place at the QHotels resort on Sunday, May 12.

Thomas Devine, Oulton Hall’s FUEL (Future Elite) Golf junior programme director, explained: “We will have a squad of 12 with six of them playing in each game – so they should get four matches each. It’s a great way to get them experiencing competitive golf. But it’s not about winning; it’s about player development and enjoyment. It’s just another fun way we can add to their overall golfing journey.”

Oulton Hall has more than 170 local juniors attending regular sessions at the club and has, this year, introduced a summer series of eight competitive member events leading to a final order of merit.

From May 2018, 24 GolfSixes Leagues were staged across 22 UK regions, involving 102 golf clubs and 1,160 juniors playing 161 fixtures. Some 25 per cent of players were girls, and there was a 34 per cent increase in membership at the clubs involved.

PGA professionals, junior organisers and families have all responded to this fun, competitive team league against other clubs, with youngsters practising together before the key weekend matches, which are supported by regular high numbers of watching parents.

This year the competition will see more than 40 leagues, involving in excess of 200 golf clubs and 2,000 young people in England, Scotland and Wales.

Along with Oulton Hall’s renowned golf academy, the top venue offers a range of other facilities aimed at fine-tuning your swing, while the Claret Jug course restaurant is the ideal place to re-energise after a long day on the course. Its unique 18th-century former family mansion is the perfect choice for a hotel, with landscaped gardens, sweeping spiral staircases and a state-of-the-art spa.