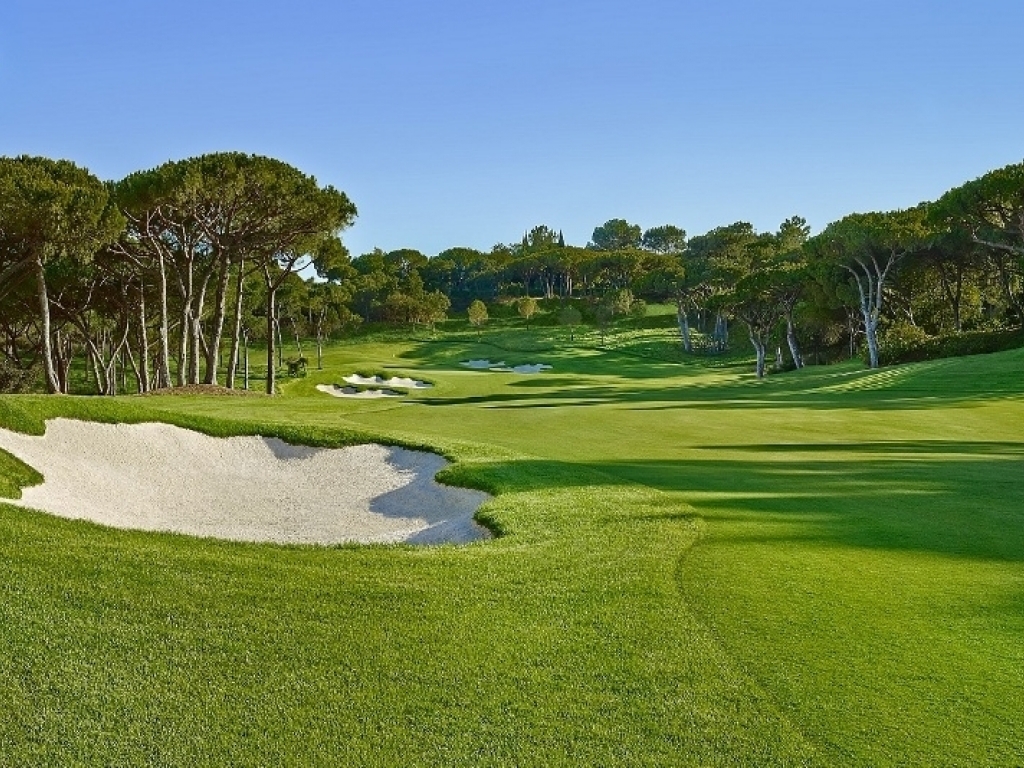 Orizonte – Lisbon Golf, the largest golf course management company in Portugal, has seen four of its highly acclaimed courses maintain their strong standing by yet again ranking positively in the Top 50 Courses of Portugal 2018.

Quinta do Peru remains a top 20 hit at 17th, while sister courses Aroeira I, Aroeira II and Ribagolfe I all scored well – finishing 24th, 29th and 43rd respectively on the coveted Top 100 Golf Courses website.

Orizonte commercial director, José Maria Cazal-Ribeiro, said: “It is always great to have our courses recognised in these types of rankings, but we firmly believe they should and will climb even higher.

“We are investing heavily both on and off the course to ensure that happens. The feedback we have from all our golfers – both members and non-members – is excellent. Bookings are up massively for 2018 – 20 per cent on this time last year, so the future is looking very bright.

“The beauty of Orizonte is we have seven different courses in and around the Lisbon area and all of them are totally different, yet challenging and enjoyable for all levels of golfers and that is only going to get better over the coming months.”

Quinta do Peru, just a 30-minute drive from Lisbon, is regarded as one of Portugal’s top golfing venues. The Rocky Roquemore-designed course, which opened in 1994, meanders through verdant pines and is bordered by the lush Arrábida Natural Park, providing a 6,640-yard test with strategic bunkering and true greens.

Aroeira I is a Frank Pennink creation and has been described as the “Wentworth of Lisbon” by the British press. This 900-acre course – a two-time host of the Portuguese Open (1996 and 1997) – is a haven for golfers thanks to its setting on the Setabul Peninsula within a glorious preservation area that cuts through a dense pine forest.

The neighbouring Donald Steel sister course Aroeira II, which opened in August 2000, enjoys a similar backdrop to Aroeira I, but has more of a stadium-like feel for golfers who enjoy daunting approach shots over lakes. Built to European Tour recommendation standards, it also became the first course in Portugal to use Penn A2 grass, which can be cut to a height of 2mm, resulting in fast, smooth greens.

Last but by no means least is Ribagolfe I, a host to the European Tour Qualifying School over the last decade and regarded as the ‘Valderrama of Portugal’. This picturesque layout is one of two Orizonte courses that winds through the vast native and almost enchanting cork forest, and with narrow fairways it makes it a real test of golf for even the most accomplished of players.

Orizonte has a series of outstanding stay-and-play packages and golf passports in and around the Portuguese capital for visitors wishing to mix golf with a seaside or city break.

One of the most popular is the ‘Derby & Golf Weekend’ for those who love golf and football. The package from May 4 to May 7, 2018 includes three nights at the city centre SANA Malhoa hotel, two rounds of golf at Quinta do Peru and Aroeira courses, golf transfers and a ticket for the fierce and potentially decisive ‘Derby de Lisboa’ between Sporting and Benfica.

For golfers looking for a more relaxing base then there are two hotel options in Sesimbra, a picturesque fishing village nestled in a sheltered bay in the Setúbal District, while there is also the chance to stay in Caparica, a lively and modern resort town boasting stunning coastline views.