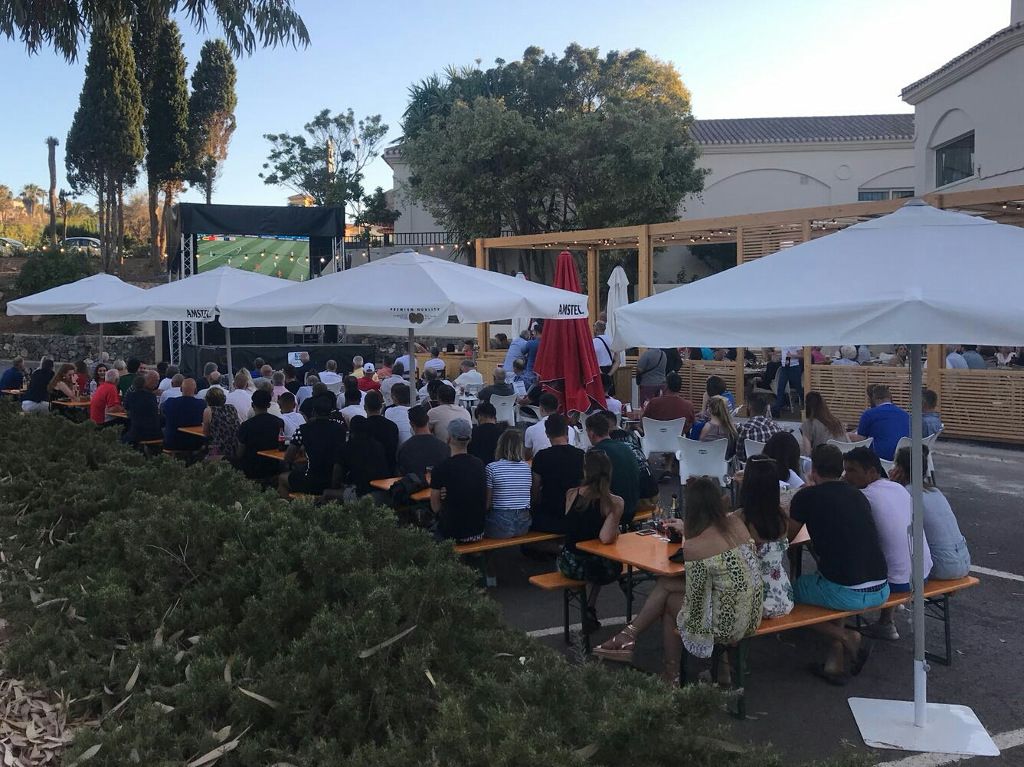 Football fans and families can enjoy a carnival atmosphere and catch the climax to the World Cup at Spain’s La Manga Club this summer at the resort’s new La Plaza Club.

Featuring a giant TV screen and plenty of attractions for all members of the family, the new plaza area is set to provide the focal point for resort guests to unwind and enjoy summer evenings ‘al fresco’ over the holiday period.

As well as offering  televised coverage of all the action in Russia, infant rides, arts-and-crafts stands and a wide array of gastronomy are all available at La Plaza Club. And the fun is set to continue when the World Cup comes to an end, with junior mini-discos and midweek parties with different games and live entertainment (flamenco on Tuesdays and Wednesdays and jazz on Thursdays) among the other activities on offer to help the summer nights go with a swing.

La Plaza Club is just one of the treats in store for couples and families when they visit La Manga Club this summer, with a sporting and leisure extravaganza of activities and choice available to guests when they take a holiday at the award-winning venue.

Included in these are the resort’s popular White Nights evenings on July 20 and August 10 where guests have the chance to experience the spirit of Ibiza with moonlit beach dinner parties at La Manga Club’s own Mediterranean cove with live cooking stations, cocktails, live music and chill-out DJ sets.

La Manga Club will also be staging its annual Alda Foundation Charity Week, where seven days of fund-raising events – including tennis, golf and cricket competitions – will culminate with a glittering moonlit, Brazilian-themed, gala dinner on July 27. In addition, children of all ages can enjoy a wide range of sporting academies including a new golf and tennis week-long academy.

Regarded as Spain’s flagship resort, La Manga Club – which is also the official overseas training base of the Lawn Tennis Association – has won numerous leading accolades in recent years including being named ‘Europe’s Best Golf Venue’ at the 2017 World Golf Awards and being voted ‘Best Golf Resort in Spain’ by UK readers of Today’s Golfer magazine for the last seven years.

La Manga Club’s unrivalled facilities include three 18-hole golf courses, a 28-court tennis centre, a European Cricket Performance Centre and a 2,000sqm Wellness Centre. In addition, it features the choice of a five-star hotel, four-star serviced apartments and townhouses and more than 15 bars and restaurants.