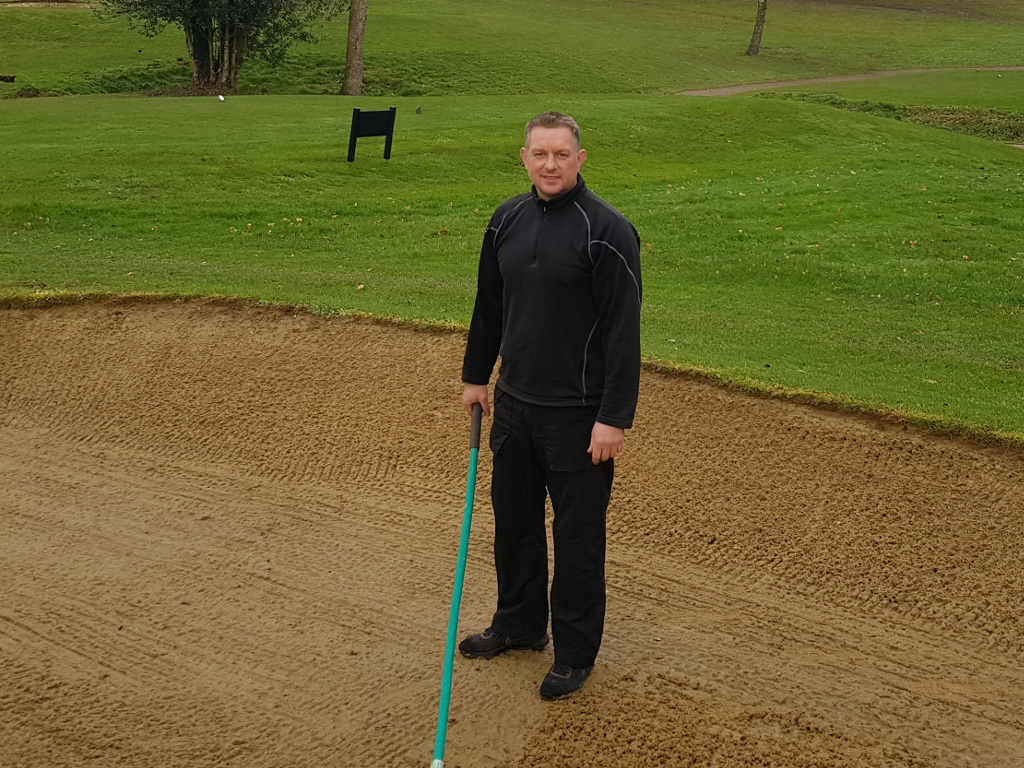 Former electrician Chris Smith is keen to crank up the difficulty voltage at Cranleigh Golf & Country Club in his role as the club’s new course manager.

The 47-year-old flicked the career switch a decade ago to pursue his passion in greenkeeping and subsequent roles at West Middlesex, Merristwood, Hartley Wintney, Pyrford and Southwood led to his December appointment at the par-68 Surrey venue.

Although Cranleigh is a relatively short course by today’s standards at under 6,000 yards, it places serious demands on accuracy and strategy. And Smith is determined to ensure all of those defences are available as much as possible with special attention earmarked for around 50 bunkers dotted around the course.

For Smith, it means fixing the plugs is all about eradicating buried lies in sand traps, rather than making sure the wires are in the correct sockets.

Smith explained: “I’ve played Cranleigh a few times and it is generally in great condition – they have done a fantastic job here in recent years. The greens are always in superb condition.

“But the bunkers are the main thing to address. They have had a few issues with puddles in bunkers when it gets a bit wet so they were marked as ground under repair and out of action.

“Golf isn’t supposed to be easy – if you hit it in a bunker, you should then have to play it out. That’s part of the game and this is a course which definitely needs its bunkers.

Smith, who is originally from Derbyshire and is a five-handicapper, will head a team of five greenkeeping staff but knows his broad range of skills from his previous career will come in handy at a club which has so many other leisure activities available.

He said: “I was an electrician before but I love the game and I want to see people enjoying the course. I love what I do now.

“But that doesn’t stop people from asking me to fix the odd electrical issue. I’ve fixed the terrace lights already and I’m sure there will be a few jobs cropping up from time to time!

“My priority is the course but I’m happy to help out where I can. There is a friendly feel all around the club. Everyone does their bit so it’s great to be part of that.”