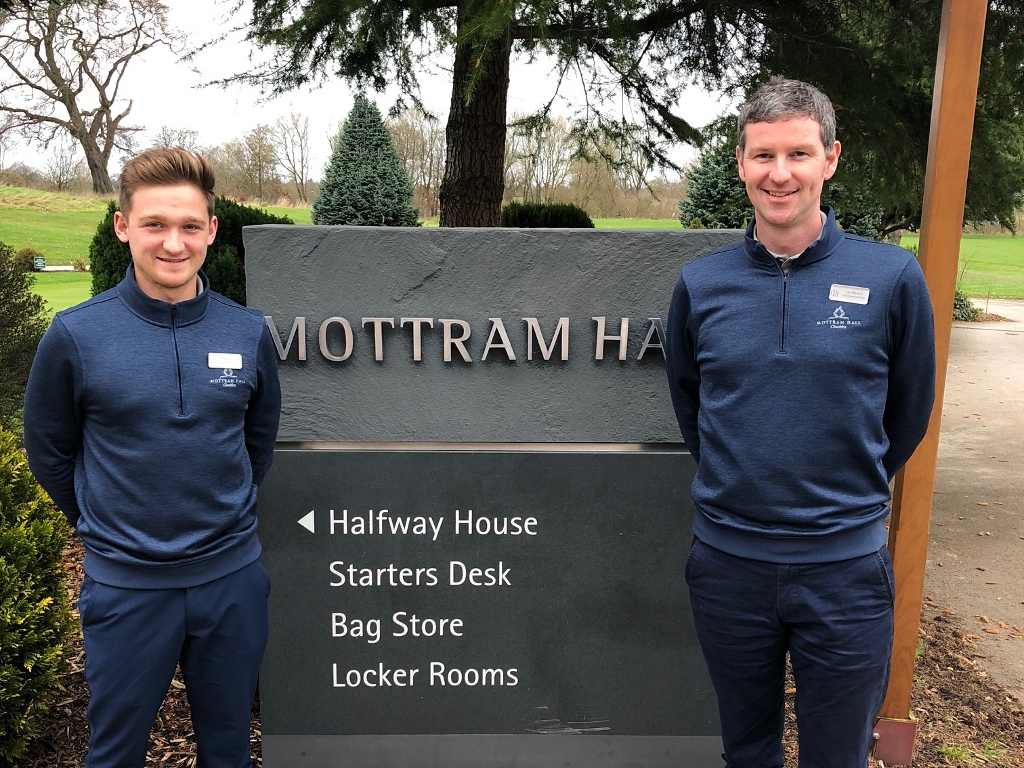 Mottram Hall will go to any lengths to secure the staff members it feels will add to its reputation for first-class service on and off the golf course, with its latest recruit being sourced from Asia.

New golf operations manager Lee Marshall, 37, who hails originally from Chapel-en-le-Frith, brings a wealth of experience from foreign shores. Apart from a stint as operations manager at a golf club in Tallinn, Estonia, between 2013 and 2014, he has spent his career as a PGA professional in the Far East, working in China and Vietnam.

He began his foreign odyssey in 2006 when he took up the post of head pro at Jinji Lake International GC, in Suzhou, China, and, two years later, moved to the highly regarded Montgomerie Links Vietnam, in Da Nang, also as head professional.

Marshall is joined at Mottram Hall – more than 6,000 miles away from his last job – by 23-year-old, second year PGA trainee Alex Elliott, who has taken on the role of golf operations assistant, and who also boasts foreign climes on his CV.

Having taken up golf at the tender age of five, Elliott was always destined to carve out a career in the sport and the former junior captain of Bramhall GC, in Stockport, started with an internship at Boavista Golf, in Portugal, before taking on a role as junior golf coach at Lymm GC, in Cheshire. PGA assistant professional positions followed at Bramhall GC and Ashton in Makerfield GC, in Wigan, before the Stockport-born Elliott moved even closer to home in his latest position at Mottram Hall.

Head of golf Robert Warrener is delighted to be able to welcome the pair to Mottram Hall and said: “I’m sure Lee and Alex will prove to be very popular staff with both members and guests. They’re both very engaging people who are passionate about golf and we are pleased to be able to add them to our team as we prepare for 2018 and the new challenges that will bring.”

Mottram Hall – managed by Redefine|BDL Hotels (RBH), the UK’s leading independent hotel management company – sits in 270 acres of Cheshire’s finest parkland, one mile from the picturesque village of Prestbury, and was the host venue for the 2013 European Seniors PGA Championship.

The 7,006 yard, par-72 Championship Course – comprising magnificent parkland fairways dotted with oak and beech trees, and tricky, well-guarded greens – is broken up into two contrasting circuits of nine. The front nine, with its impressive backdrop of the 18th century hall, gently rolls over meadowland and offers the golfer many chances to make a score. The back nine winds through some lush woodland and is a much more demanding test of golf.