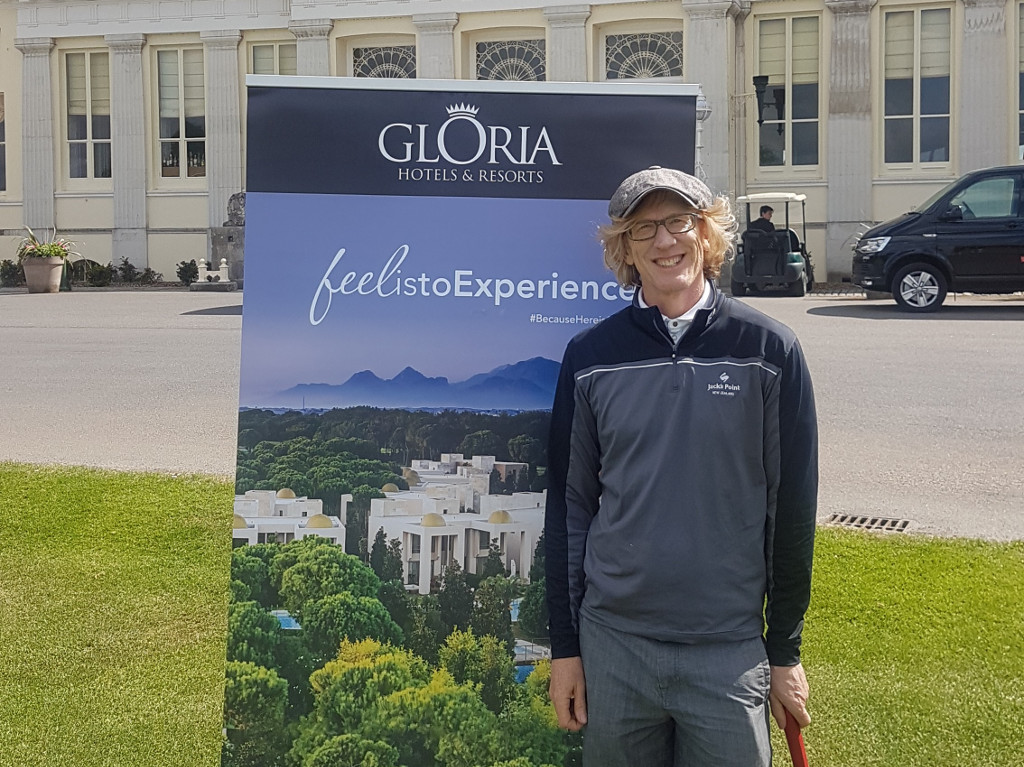 A retired lawyer who once defended pop star Adam Ant is celebrating his own number one hit after winning a five-star holiday to Gloria in Turkey.

Martin Leeke, a former criminal defence lawyer, ensured that justice was done on the day as he shot a five-under-par nett 66 at Stoke Park, which has earned him a four-night luxury golf holiday to the lavish Mediterranean all-inclusive, five-star resort in Belek on the Turkish Riviera.

The single-figure handicapper from Chiswick – whose most memorable case was defending the 80s star on a firearms offence back in 2002 – was on hand to stand and deliver the winning putt after a solid display.

Leeke said: “I’ve been retired for about five years now so I’m playing a lot more golf and I just played well on the day.

“I was the duty lawyer on that day I was asked to represent Adam Ant but it was definitely an unusual experience to represent a pop star. I saw him in concert again quite recently and he was in great form. I don’t think he would have remembered me!”

Leeke, who started playing golf at the age of 11 but only returned to the sport in the past few years, has yet to decide who will accompany him on his trip but admits some of his regular golfing friends may not be happy with his final decision.

He said: “I’ve got a tough choice to make. Some may not like it, but ridicule is nothing to be scared of. I’ve been to Gloria before and it’s a charming place with great golf facilities.”

Leeke can now look forward to his holiday at a resort which boasts two Championship golf courses, a nine-hole course and outstanding practice facilities.

Gloria Golf Club’s director of Golf David Clare, said: “Congratulations to Martin on his victory at Stoke Park. We will make sure he enjoys his comeback tour to Gloria.”

Since it opened in 1997, Gloria is now regarded by many as the leading golf and leisure resort in Turkey with three adjacent five-star hotels and a broad range of on-site activities away from the golf, making it an ideal destination for golf groups, couples and families.