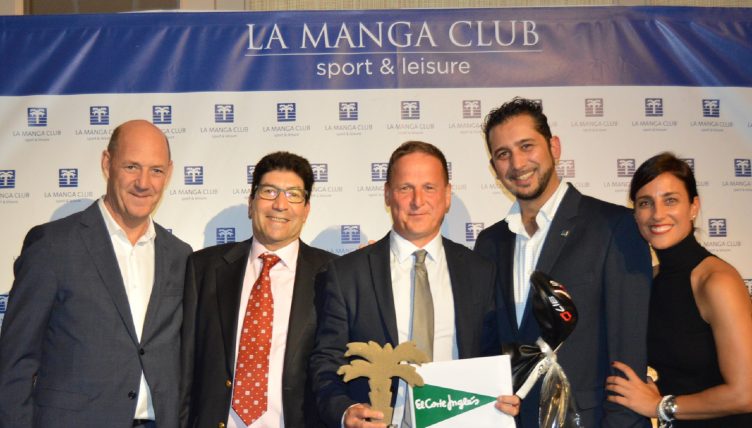 Players from all over Europe took advantage of outstanding golf, first-class hospitality and temperatures in the mid-70s as Spain’s La Manga Club delivered a fitting finale to the 2018 season at the 18th edition of the popular La Manga Club Golf Open.

This year’s sun-drenched event featured one of the strongest fields ever assembled for the 54-hole competition, with around 200 players from countries including the UK, Switzerland, Belgium, the Netherlands, Sweden, Italy, Germany and the host nation gathering at the Murcian resort for five days of fun on and off the fairways.

Taking place on La Manga Club’s renowned North and South courses, men and women of all ages competed in various categories for a glittering array of prizes including, for the winners, a four-night resort holiday, a new driver, €430 in vouchers to spend at the department store El Corte Inglés plus the use of a Jaguar car for a weekend.

Defending champion Ian McMeekin proved the man to beat for the second year running in the men’s event as he took overall victory with a total of 105 Stableford points, while Spain’s Consuelo Lopez claimed a runaway success in the ladies’ overall competition, winning by eight points.

As well as enjoying La Manga Club’s world-class golf facilities including three 18-hole golf courses, players also had the chance to experience the resort’s extensive range of other award-winning sports and leisure amenities – including complimentary access to the five-star Wellness Centre and discounts at a choice of bars and restaurants.

Nestling across 1,400 acres in an area three times the size of Monaco, La Manga Club is well-established as a firm favourite with golfers from the UK, Europe and beyond and has enjoyed another year of outstanding achievement.

In addition to being named ‘Europe’s Best Golf Venue’ and ‘Spain’s Best Golf Hotel’ for the second year in a row at last month’s World Golf Awards, other notable honours have included being voted ‘Europe’s Leading Sports Resort’ at the 2018 World Travel Awards and receiving a Golf Digest ‘Editor’s Choice Award for Best International Resorts 2018’ for the second successive year.

The official overseas training base of the Lawn Tennis Association (LTA), the resort’s other facilities include a 28-court tennis centre and 2,000sqm spa and fitness centre, while the resort also launched a new Chelsea FC Foundation Soccer School this year. In addition, La Manga Club features the choice of a five-star hotel, four-star serviced apartments and townhouses and more than 15 bars and restaurants.