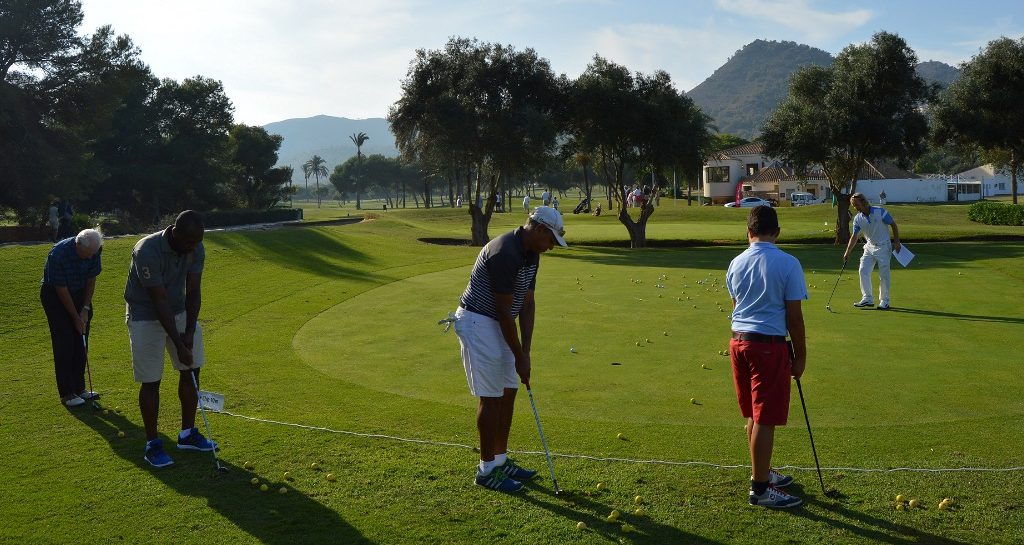 Any parent will confirm that one of the most taxing things on holiday is keeping the youngsters busy … and happy…so Spain’s renowned five-star La Manga Club has launched a new sporting academy this summer which gives youngsters the opportunity to combine tennis and golf in one week-long academy.

Starting at just €315 per person, the academies offer a half-day golf combined with a half day of tennis, providing daily professional tuition for a minimum of three hours giving the little ones – and not-so-little ones – a real step up in performance. And all taking place at a venue where the professionals also hone their skills.

Eduardo Ruiz, La Manga Club’s sports general manager, said: “La Manga Club is very much a family resort and that means we look to encourage and coach juniors into sport, as well as catering for their parents’ requirements.

“Many professional athletes use the facilities here at La Manga Club and it provides a fabulous opportunity for youngsters to follow in the footsteps of some their sporting heroes.”

In addition to the new golf and tennis combo, there are further kids’ sports academies available for rugby and football, including the Chelsea Foundation Soccer School. Stand-alone options for tennis and golf are also available.

Three times the size of Monaco and nestling in an exclusive corner of Murcia, south-east Spain, La Manga Club has been at the forefront of European golf since opening in 1972, with its facilities including three 18-hole courses, a nine-hole academy course and outstanding practice area.

Having already hosted the 2018 Spanish Amateur Golf Championship, the resort also staged the 22nd edition of the popular Footballers’ Golf Classic last month, while the award-winning venue will be the focus of the global golf industry in November when it hosts the World Golf Awards for the second year running.

The official overseas training base of the Lawn Tennis Association (LTA), La Manga Club’s unrivalled extensive other facilities include a 28-court tennis centre, a new European Cricket Performance Centre and a 2,000sqm Wellness Centre. In addition, it features the choice of a five-star hotel, four-star serviced apartments and townhouses and more than 15 bars and restaurants.