Invest in a share of the French Riviera at Royal Mougins 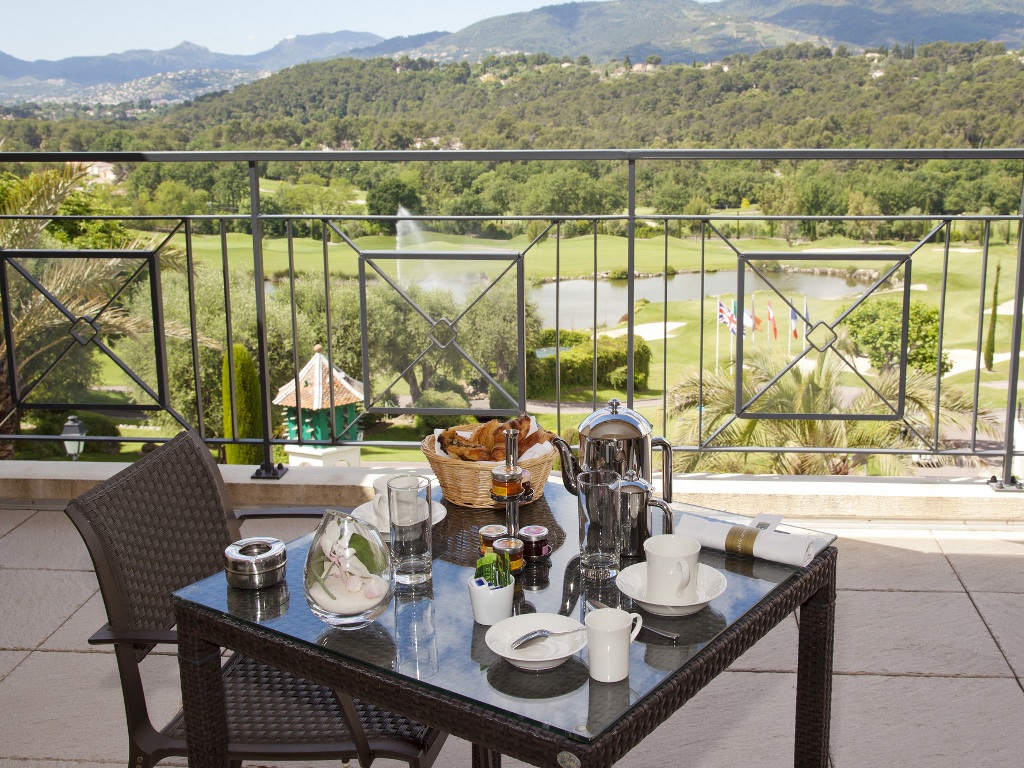 Golfers are being offered a once-in-a-lifetime opportunity to purchase their own exclusive pied-à-terre on the French Riviera by taking advantage of an innovative new concept launched by Royal Mougins Golf Resort.

Set just four miles from the glamorous and internationally famous resort of Cannes, in the jet-set triangle of Monaco, Cannes and Saint-Tropez, Royal Mougins’ enviable location makes it one of the most sought-after real estate areas in France.

With the resort’s forward-thinking ‘Quartershare’ property scheme, buyers can enjoy use of one of Royal Mougins four-star hotel’s 29 designer suites 13 weeks of the year. In addition, shareholders will also receive a full family golf membership (valid for a couple and children under 21), entitling full access to Royal Mougins’ outstanding golf facilities, including an 18-hole championship course, plus family membership of the resort’s luxury Royal Spa and many other attractive benefits – with the glitz and glamour of the Cote d’Azur barely a stone’s throw away.

Spacious (50m²), distinguished, and furnished like real apartments, all the hotel suites offer panoramic views of the golf course and the Esterel mountains. Facilities include a bedroom with king-size bed, a spacious bathroom with bath and shower compartment, an en-suite living room with sliding door, and a small, well-equipped kitchen. The sofa turns into a bed, perfect for families or holidays between friends.

Available to purchase from €195,000 (approx £162,000), buyers in ‘Quartershare’ will benefit from flexible use of their suite while removing the maintenance, taxes and condominium fees issues that usually accompany the acquisition of a second property.

Located in the heart of the Cote d’Azur, Royal Mougins is the French Riviera’s only golf resort. Voted ‘France’s Best Golf Hotel’ at the World Golf Awards in 2016 and 2017, the resort has established itself as one of France’s premier golfing venues, helping to set the standard for European golf resorts thanks to the quality of its course, the pristine nature of its setting, and its top-of-the range services.

Royal Mougins Golf Club is also the first choice for those seeking the best in private golf club experience in the south of France. It offers a fusion of 37 nationalities, making it the most fun, convivial and international club on the French Riviera.

With a focus on continual improvement, the golf course and club offers exceptional facilities all year round in order to meet the needs of members, with more than €3m invested in the course alone in the last few years.

And plans are in hand to privatise the club in 2019 by giving golf course access only to club members, theirs guests and the hotel guests, meaning the ‘Quartershare’ option will prove even more attractive.