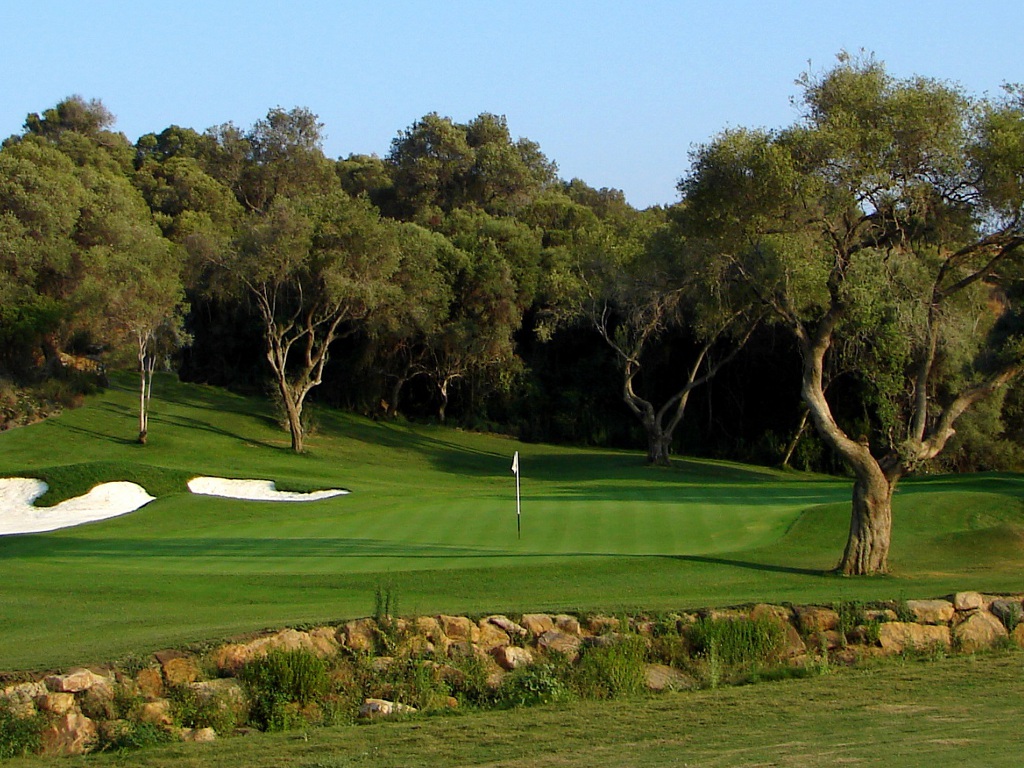 Renowned for its attention to detail, Finca Cortesin Hotel, Golf & Spa has won further acclaim after completing a comprehensive summer upgrade of its greens – to become the first golf course in Spain to feature a new, environmentally-friendly type of Bermuda grass on all its putting surfaces.

The exclusive Andalucian resort has put its putting surfaces on a par with some of the most famous venues in the game after relaying all 18 greens on its championship course, as well as the practice putting green, with a new variety of Ultra Dwarf Bermuda grass.

With the new grass being grown at a nursery in Plasencia, Caceres, in the centre of Spain, disruption for golfers was kept to a minimum with the course fully reopening barely a month after work began.

Some of the world’s most prestigious venues including Sawgrass, Quail Hollow and East Lake Golf Club have enjoyed huge success since converting to Ultradwarf Bermuda grass greens, and Finca Cortesin has received glowing praise from golfers who have already enjoyed the improved five-star golfing experience.

Mike Lenihan, publisher of Golf Management Europe magazine, who visited the resort at the start of the month, said: “I’ve travelled a lot to southern Europe this year, and I have to say that not too many courses I’ve played compare to the high standards that Ignacio Soto and his greenkeeping team have aspired to at Finca Cortesin.

“I was one of the first members of the golfing media to play the course following the summer renovation project, and I found the greens true and fast which, given the fact they were hollow-tined less than 72 hours before I played, was quite remarkable.

“The overall condition and presentation of the course was first-rate, and comfortably on a par with some of the very best in the area, if not across Europe. Finca Cortesin is a truly world-class facility, both on and off the course.”

In addition to renovating its putting surfaces, the resort has also undertaken a comprehensive bunker drainage improvement programme this summer to reconstruct its bunkers using the renowned ‘Better Billy Bunker’ system.

And golfers can enjoy the enhanced experience for themselves this autumn by mixing world-class golf with Michelin-starred Japanese dining with Finca Cortesin’s ‘Play & Dine Experience’.

Costing €325 (approx £287) per person, golfers will receive a welcome gift on arrival before enjoying 18 holes of golf (including buggy) and then sampling a sumptuous tasting menu dinner (including wine cellar) atKabuki Raw, which has held one Michelin star since 2015.

Opened in March 2006 and set across a vast 532-acre estate, Finca Cortesin is regarded among Europe’s most exclusive modern golf and lifestyle destination resorts, and is the newest addition to the exclusive European Tour Properties network.

Complementing its world-class golf course are outstanding practice facilities including a state-of-the-art Jack Nicklaus Golf Academy, and the resort was recently named as the ‘Best Golf Resort in Europe’ by users of the respected website Leadingcourses.com .