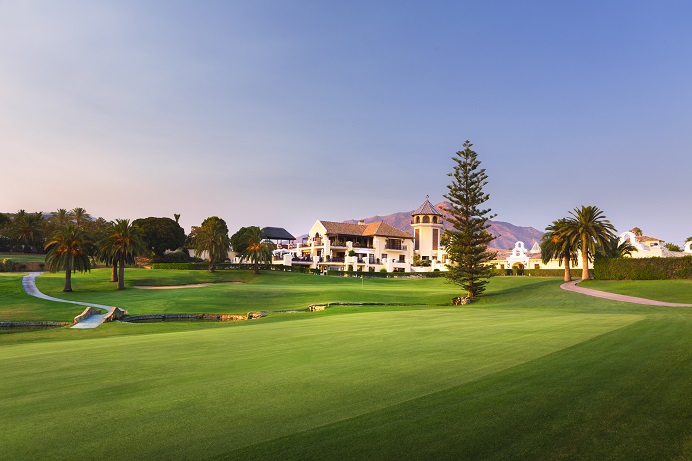 Marbella is the Costa del Sol’s most cosmopolitan city – and a tourist must, especially for golfers.

Indeed, it has the most number of golf courses of any municipality in Spain – 18 – and half of Andalucia’s golf courses are located in the Malaga province.

Bustling Puerto Banus is renowned as the home to a fleet of ostentatious yachts worth millions of Euros. And in the many fashionable restaurants and bars you could find yourself rubbing shoulders with the rich and famous.

And just past the city heading towards Malaga is Rio Real, a picturesque course which winds down to the sea. 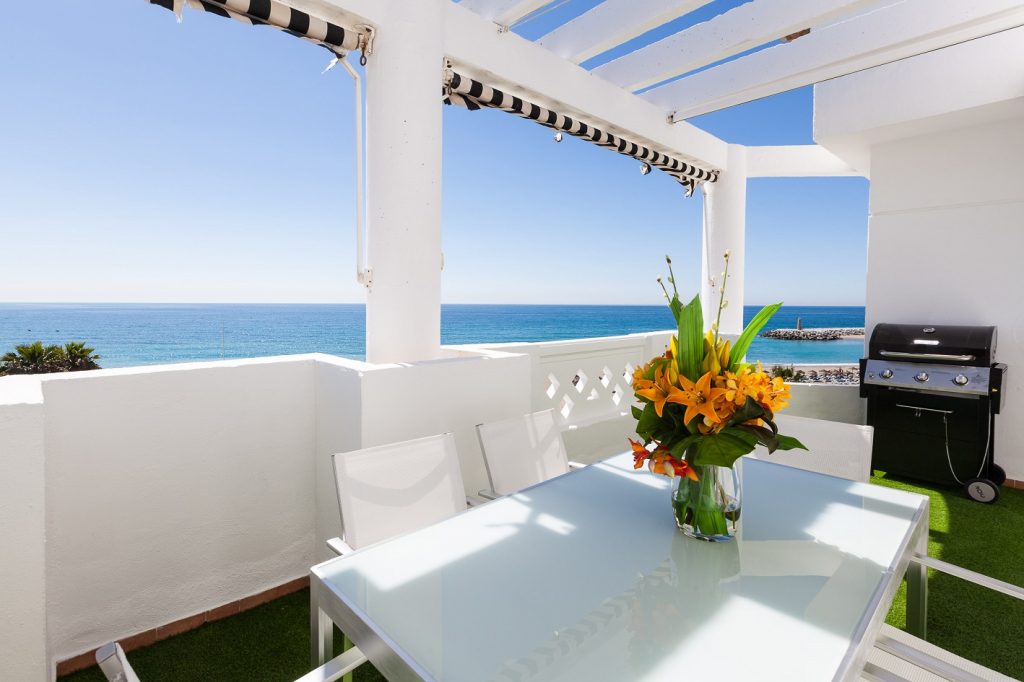 And getting to Marbella could not be easier. No fewer than five airlines, including Norwegian Air Shuttle, fly to nearby Malaga on a daily basis in just under three hours.

Marbella is blessed with an unsurpassed micro-climate. Indeed, thanks to the Sierra Blanca back drop, the city enjoys superb sunshine and warm temperatures throughout most of the year

This micro climate also tempers winters and softens summers which favours the development of a rich and attractive vegetation. When I played both Los Naranjos and Rio Real courses last month (November) it was a pleasing 20 degrees. 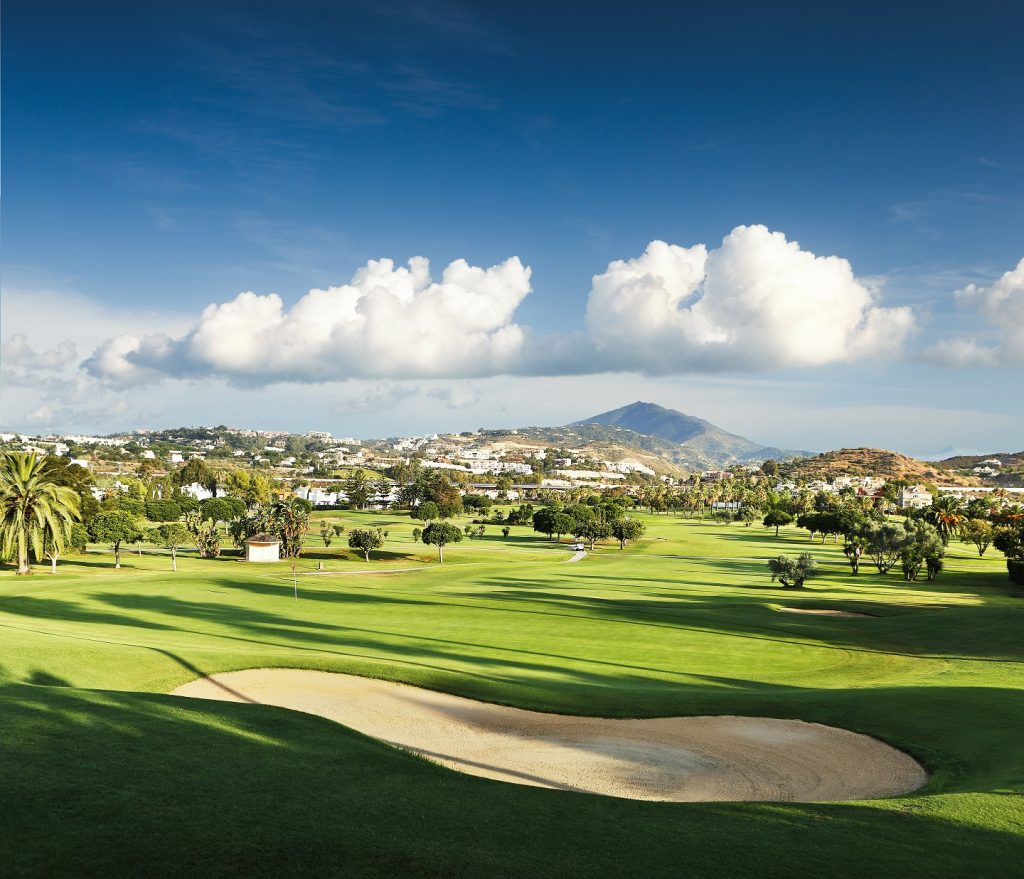 Indeed, RTJ considers Los Naranjos  – opened in 1977 – as one of his finest European designs. Yet, the two nines are quite different with the front nine the stronger – water comes into play numerous times.

The tees are long and have four markers – red, yellow white and black with course length starting at 5,131 metres and reaching 6,532m as its longest.

The front nine is more challenging with several stand-out holes. The fourth is one of the best par 3s on the course.

Although relatively short the green is guarded by a crossing stream, a huge bunker in the background and a pitt bunker on the right.

And the fifth is a delightful par-five with a river running the entire length of the hole on the left as well as in front of an elevated green.

The home hole is a long, uphill dog-leg par-5 with water guarding the green on the right and in front of club house with the towering ‘La Concha’ mountain in the background. The third shot poses a tricky dilemma for handicap golfers – lay up or try to clear the water.

Rio Real is a much tighter track and situated just three kilometres east of Marbella. Designed by renowned Spanish architect Javier Arana it first opened in 1965 and has a river running through the course – from which the club takes its name.

Rio Real’s compact par-72 track lies on a gentle incline and slopes towards the sea with several views of the beach. 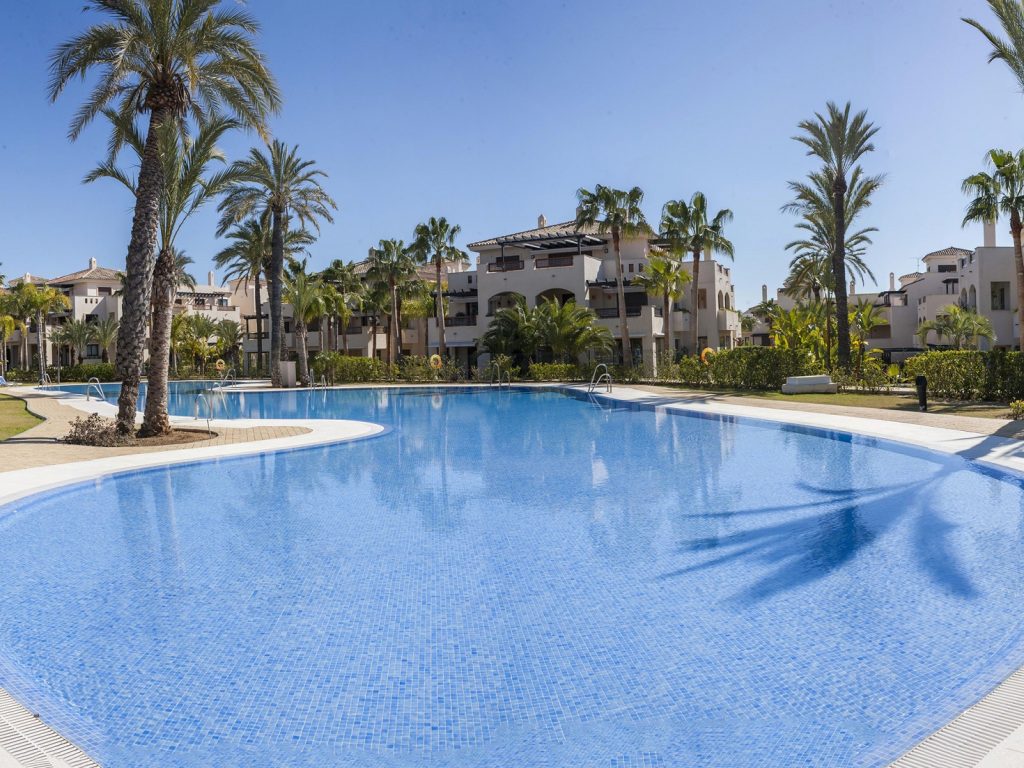 The Real river, in fact, crosses the course four times and a plethora of tall pine trees line many of the fairways.

As you would expect straight hitting is essential.

The opening hole, a relatively short par-four, sets the tone. The drive is over a deep ravine and there is a large tree in the middle of fairway. And those characteristic tall pines wait on both sides of the fairway to catch the wayward drive.

Another tough hole is the fifth – a shortish uphill, dog-leg par-4 with a large mount on the right. This blocks out any view of the raised green which is guarded by the river in front and on the left as well as two bunkers. A worthy stroke Index One. The sixth – a short par-3 – needs to be especially accurate to avoid the hillside top on the right.

On the back nine, a run of three holes from the 12th to the 14th, are truly outstanding and challenging. The 12th, a short, tight par-3 is a cracker. It is protected by a large lake on the left with OB on the right.

The long par-5 13th, sees you drive back over the lake to a tree-lined fairway.  And the 14th – another shortish par-3 to an elevated green – has a steep bunker way down to the left and OB on the right.

Rio Real also has a boutique-style hotel with 30 rooms there is also has a Golf Academy and tennis courts.

Marbella has become famous throughout the world as a high-class tourist destination. And for golfers there is an unrivalled concentration of four and five-star hotels as well as self-catering apartments such as Vacation Marbella, a well-established luxury accommodation rental company. 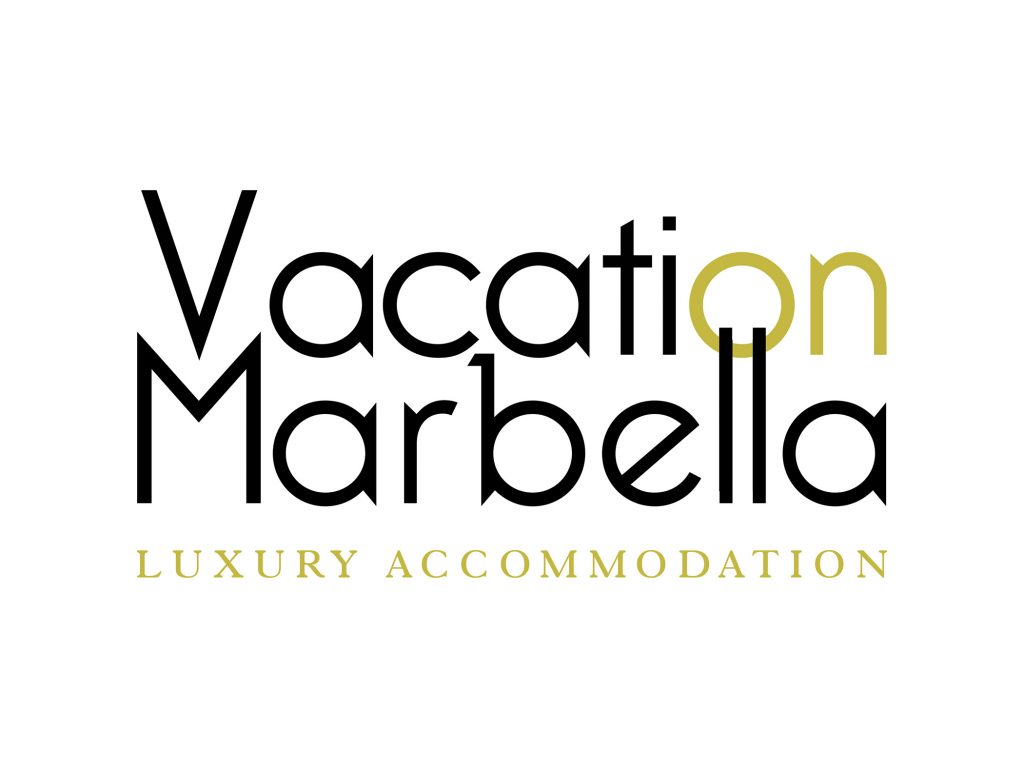 This family-run business has grown steadily since being established in 2015. It welcomes more than 10,000 guests a year and now offer a range of stay-and-play golf packages that includes teeing it up at Los Naranjos.

Vacation Marbella – in the heart of Marbella – have apartments ranging from one bedroom to four and penthouse. They organise green fees, airport transfers, car rentals, fishing charters, and baby-sitting services. The recently refurbished apartments all have 24-hour security in picturesque gated-complexes.

Away from the fairways – and a short trip inland – is the small town of Ronda high up in the mountains. The drive up is spectacular, along narrow, winding roads that have fabulous views back to the coast.

But beyond the wall of hills you eventually come to a high plateaux and the town of Ronda itself. Ronda is famous for its plunging gorge and the 18th century bridge that crosses it.

Ronda is also home to Spain’s oldest bull ring which is open to visitors while another local attraction well worth visiting is Viejos Descalzos, a 16th century monastery converted into a bodega (vineyard).

Indeed, Ronda’s quiet back streets are the perfect contrast to the glamour and bustle of Marbella.