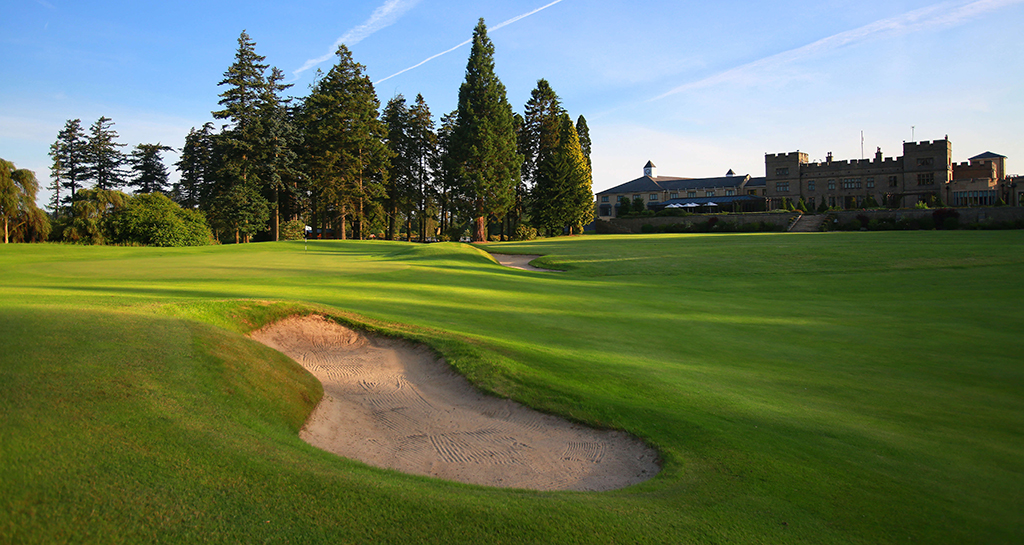 More than 120,000 golfers had their sights set on Slaley Hall, in Northumberland, when they signed up for the ever-popular Daily Mail Foursomes in February – and, with just two rounds left to complete, a place in the last 16 is beckoning.

The magnificent four-star hotel, which is part of the QHotels group, will host the final four rounds of the event – last 16, quarter-finals, semi-finals and grand final – between October 6 and 8.

The Daily Mail Foursomes is the oldest national sponsored event in amateur golf and celebrates its 55th anniversary, this year. Since its launch some 5.5 million golfers have taken part in the club qualifying competitions and more than 100,000 play annually in the national inter-club knock-out rounds.

Both of last year’s competition winners have already been defeated on the road to Slaley Hall: women’s champions Forest of Arden lost 4&3 to Bloxwich, in round three, while the 2018 men’s winners, Cosby, crashed out in the sixth round, defeated 3&2 by Ramsey (Cambs).

Tournament organiser Hamish Webb said: “The standard of competition in this year’s event is as high as ever – which is illustrated by the fact both reigning champions have been eliminated already. We’re getting to the sharp end of business now, with the final inter-club qualifying round beginning on August 16. By the second week of September we will know the names of the 32 pairs heading to Slaley Hall – and it promises to be a fabulous experience.”

Jonny Mould, Slaley Hall’s head of golf, added: “Everybody here at Slaley Hall is really looking forward to hosting the finals of the Daily Mail Foursomes. Amateur club-golfer events do not come any bigger or more prestigious than this and we can promise two courses in tip-top condition, traditional northern hospitality and an award-winning resort.”

Managed by Almarose, one of the UK’s leading independent hotel management companies, Slaley Hall was voted ‘best golf hotel/resort in the north of England’ for the fifth successive year in the 2019 Today’s Golfer Travel Awards.

Almarose – part of Aprirose – is one of the UK’s leading independent hotel management companies, managing a diverse collection of 20 branded and private-label hotel properties.

For more information, head to www.slaleyhallhotel.com.