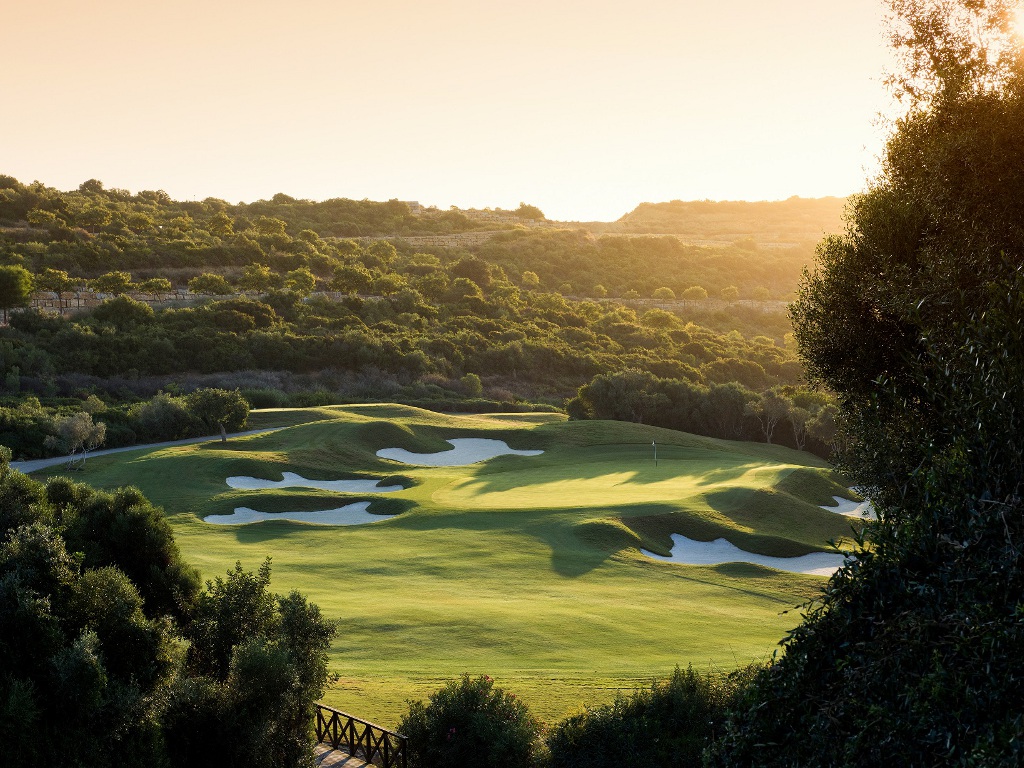 Finca Cortesin Hotel, Golf & Spa’s decision to convert to a new, environmentally-friendly type of Bermuda grass on its greens has won new acclaim after the course broke into the top 20 of the Top 100 Golf Courses’ European rankings list for the first time in its history.

Cabell Robinson’s renowned par-72 championship layout moved up six places to 19th in the popular website’s latest poll of the best courses on the continent, and means that the exclusive Andalucian resort has risen an impressive 48 places in the last four editions of the rankings.

The accolade is the latest top honour that Finca Cortesin has received this winter – including winning the 2018 IAGTO Sustainability Award for Resource Efficiency and being named as the best golf resort in Europe by highly respected UK city magazine Square Mile – and is further endorsement for the golf course improvement programme implemented by the resort last year.

As well as becoming the first course in Spain to relay all of its greens with a new variety of Ultra Dwarf Bermuda grass, the resort improved its five-star golfing experience by reconstructing its bunkers using the renowned ‘Better Billy Bunker’ system.

Announcing its decision, the Top 100 Golf Courses panel, which ranked the course as the fifth best in Spain, said: “Located in the famous playground of the Costa del Sol, Finca Cortesin has hosted three editions of the Volvo World Match Play …. and is one of the Spanish courses to make great strides up the top half of the table.”

Miguel Girbés, director of golf at Finca Cortesin Hotel, Golf & Spa, said: “There are a lot of great courses in Europe so to be ranked in the top 20 for the first time is a tremendous achievement.

“It is our aim at Finca Cortesin to deliver the finest golf experience possible to our guests 365 days a year, and accolades like this are deserved recognition for all the hard work that everyone at the resort has put in over the last few years.”

Opened in March 2006 and set across a vast 532-acre estate, Finca Cortesin is regarded as one of Europe’s most exclusive modern golf and lifestyle destination resorts. A member of the exclusive European Tour Properties network, the resort was ranked in the best 50 hotels in the world by Condé Nast Traveler UK magazine in 2017.

Located in the rolling hills of southern Spain, between Marbella and Sotogrande, with the Mediterranean to one side and the tranquil Casares Mountains to the other, Finca Cortesin’s other world-class facilities include an elegant 67-suite hotel, Hotel Cortesin; a 6,000sqm Beach Club; and an award-winning spa featuring Spain’s only snow cave, with bespoke treatments by French beauty brand Boilogique Recherche.