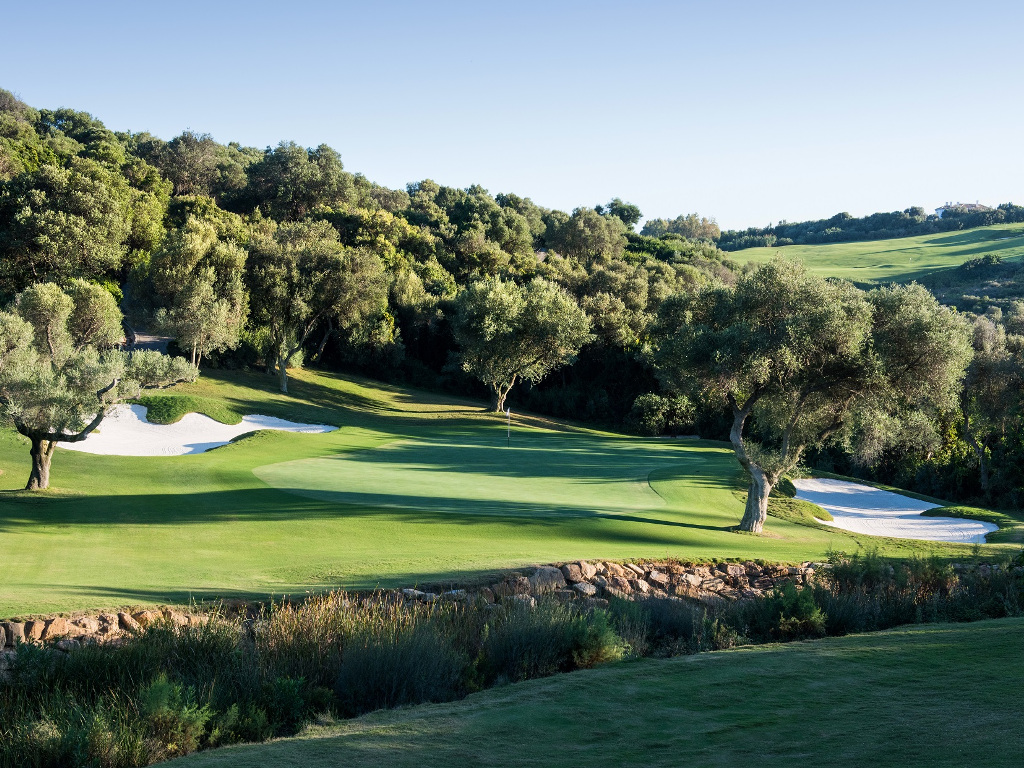 Finca Cortesin Hotel, Golf & Spa is at the forefront of European golf’s drive to become more eco-sustainable after revealing that it is using up to 30 per cent less water since becoming the first course in Spain to feature a new, environmentally-friendly, variety of Bermuda grass on all its greens.

The deluxe resort has experienced a number of wide-reaching benefits since installing a more eco-friendly, cost-effective and sustainable greens’ system.

As part of the comprehensive upgrade on Finca Cortesin’s 18-hole championship course in July 2017 – which also featured the reconstruction of all bunkers using the renowned ‘Better Billy Bunker’ system – each putting surface was replaced with a new type of variety of Ultra Dwarf Bermuda grass.

Ignacio Soto, head greenkeeper at Finca Cortesin Hotel, Golf & Spa and who supervised the greens conversion programme, said: “The change to this new type of Bermuda grass has surpassed all our expectations and we have received some great feedback from our members and guests who like firm and uniform greens.

“The greens are already in better condition than they have been in previous years and we expect them to get even better in 2019.”

Finca Cortesin began the programme to upgrade its greens in June 2016 at a nursery 600 kilometres away, with Soto and his team taking painstaking care and attention to seed the grass by hand.

Having spent 12 months nurturing the new turf under supervised growing conditions, it was transported to the course where the resort’s greenkeeping staff began the meticulous process of relaying all 18 greens and the practice putting green.

But, with the grass having been grown at the nursery, disruption for golfers was kept to a minimum with the course reopening barely a month after work began.

Soto added: “We have experienced numerous advantages since upgrading our greens. The turf was obviously very young but, as we grew it ourselves, it was also, importantly, very clean of weeds which has had several knock-on effects.

“Irrigation has been reduced as much as 30% on the greens’ surface. Apart from water consumption, hand watering in summer time has been reduced to a minimum so, as a result, we are able to save on a lot of labour.

“In general, we are using fewer pesticides. Each green needs very little fertilisation since it uses the nutrients from our regenerated irrigation water in a much more efficient way, while Bermuda grass actively grows for nine months of the year which has helped improve the year-round playability of the course.”

Opened in March 2006 and set across a vast 532-acre estate, Finca Cortesin – a member of the prestigious European Tour Properties Network – is regarded as one of Europe’s most exclusive modern golf and lifestyle destination resorts.