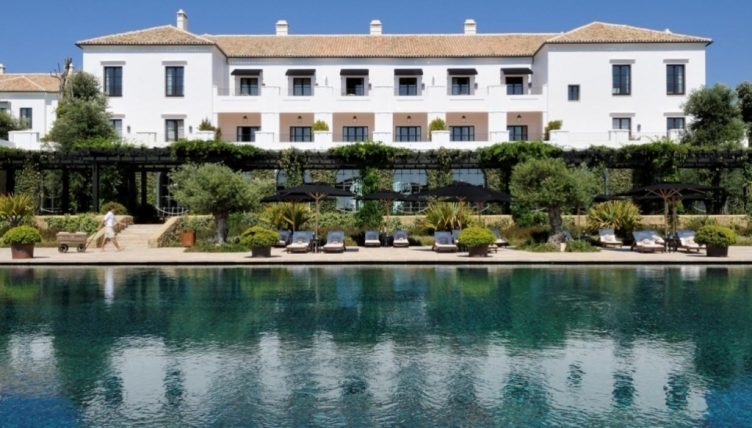 Finca Cortesin Hotel, Golf & Spa’s reputation as one of the world’s elite golf resorts has received a glowing double endorsement after being ranked as one of the best 50 hotels in the world, and second in Spain and Portugal, by UK magazine Condé Nast Traveler.

The exclusive Andalucian resort’s Hotel Cortesin was rated 43rd in the world by readers of the luxury magazine in its prestigious ‘2017 Readers’ Choice Awards’ after receiving a hugely-impressive 97.86 marks out of 100.

More than 300,000 travellers took part in the 30th annual Condé Nast Traveler ‘Readers’ Choice Awards’ survey, submitting millions of ratings and more than 100,000 comments to help the magazine create a list of the world’s top hotels and resorts.

Announcing the awards, the magazine said of Finca Cortesin: “A few miles inland from the Mediterranean, this 67-room hotel on Spain’s Costa del Sol is the elegant centrepiece of an ambitious real estate project that includes private villas and a top-rated golf course.

“The Finca Cortesin took its cues from traditional Spanish farmhouses—low, whitewashed, terracotta-tile-roofed, and built around interior courtyards that often have Moorish decor.

“Where past and present break stride is the hotel’s scale: If fincas are cosy, the Finca Cortesin is a brilliantly-spacious place with three restaurants, a superb spa with an indoor saltwater pool (there are two outdoor pools), a high-tech gym with Med views, a hammam, and a Finnish-style snow room …. Overall, this is a world-class destination resort.”

Rene Zimmer, general manager at Finca Cortesin Hotel, Golf & Spa, said: “To be voted among the best 50 hotels in the world, and second on the Iberian Peninsula, in such a prestigious annual list is a tremendous accolade for the resort.

“Finca Cortesin is constantly striving to deliver the ultimate deluxe customer experience to our guests, and we’re thrilled that all our hard work has been recognised by the people that count most, our guests.”

Opened in March 2006 and set across a vast 532-acre estate, Finca Cortesin is regarded among Europe’s most exclusive modern golf and lifestyle destination resorts, and is a member of the exclusive European Tour Properties network.

Designed by American Cabell Robinson, the resort’s par-72 championship course has hosted numerous high-profile tournaments, including the Volvo World Match Play Championship in 2009, 2011 and 2012, while the playing experience has been elevated even further this summer with Finca Cortesin becoming the first golf course in Spain to feature a new, environmentally-friendly type of Bermuda grass on all its greens.

Complementing the world-class golf course are outstanding practice facilities including a state-of-the-art Jack Nicklaus Golf Academy, and the resort was recently named as the ‘Best Golf Resort in Europe’ by users of the respected website Leadingcourses.com .