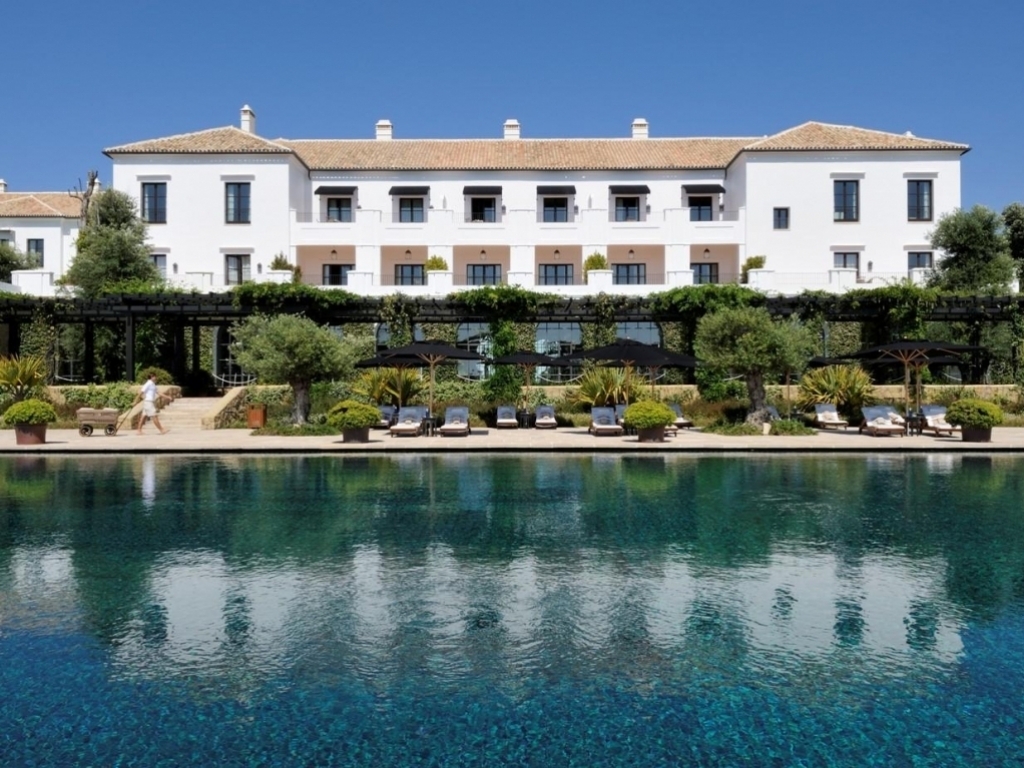 Finca Cortesin Hotel, Golf & Spa has brought to life the story of how it became the first golf course in Spain to feature a new, environmentally-friendly, type of Bermuda grass on all its greens with the release of a new video on the ambitious project.

Cameras were on hand to capture in full detail each stage of the operation to upgrade the putting surfaces on the deluxe Andalucian resort’s championship course to a new variety of Ultra Dwarf Bermuda grass.

Supervised by head greenkeeper Ignacio Soto, the conversion programme began in June 2016 at a nursery 600 kilometres from Finca Cortesin in Plasencia, Caceres, in the centre of Spain, with the four-and-a-half minute film highlighting the painstaking care and attention that was taken to first seed the grass by hand.

Having spent 12 months nurturing the grass under supervised growing conditions, the resort used the latest state-of-the-art machinery to cut the turf into rolls before transporting it to the course, where Soto and his greenkeeping team began the meticulous process of relaying all 18 greens and the practice putting green.

With the grass having been grown at the nursery, disruption for golfers was kept to a minimum, with the footage revealing that the course was able to reopen barely a month after work began, and the renovation project has already earned widespread global praise – including the resort winning the 2018 IAGTO Sustainability Award for Resource Efficiency.

Miguel Girbés, director of golf at Finca Cortesin Hotel, Golf & Spa, said: “The upgrade of the greens is one of the most ambitious golf projects that has been undertaken at Finca Cortesin and is the culmination of years of hard work.

“It was very important to have a lasting record of the work that has taken place, and the video is a perfect illustration of the care and attention to detail that the resort prides itself on to help deliver the finest luxury experience to all our guests.”

Opened in March 2006 and set across a vast 532-acre estate, Finca Cortesin is regarded as one of Europe’s most exclusive modern golf and lifestyle destination resorts. A member of the exclusive European Tour Properties network, the resort was ranked in the best 50 hotels in the world by Condé Nast Traveler UK magazine in 2017.

Located in the rolling hills of southern Spain, between Marbella and Sotogrande, with the Mediterranean to one side and the tranquil Casares Mountains to the other, Finca Cortesin’s other world-class facilities include an elegant 67-suite hotel, Hotel Cortesin; a 6,000sqm Beach Club; and an award-winning spa featuring Spain’s only snow cave, and the choice of four restaurants.