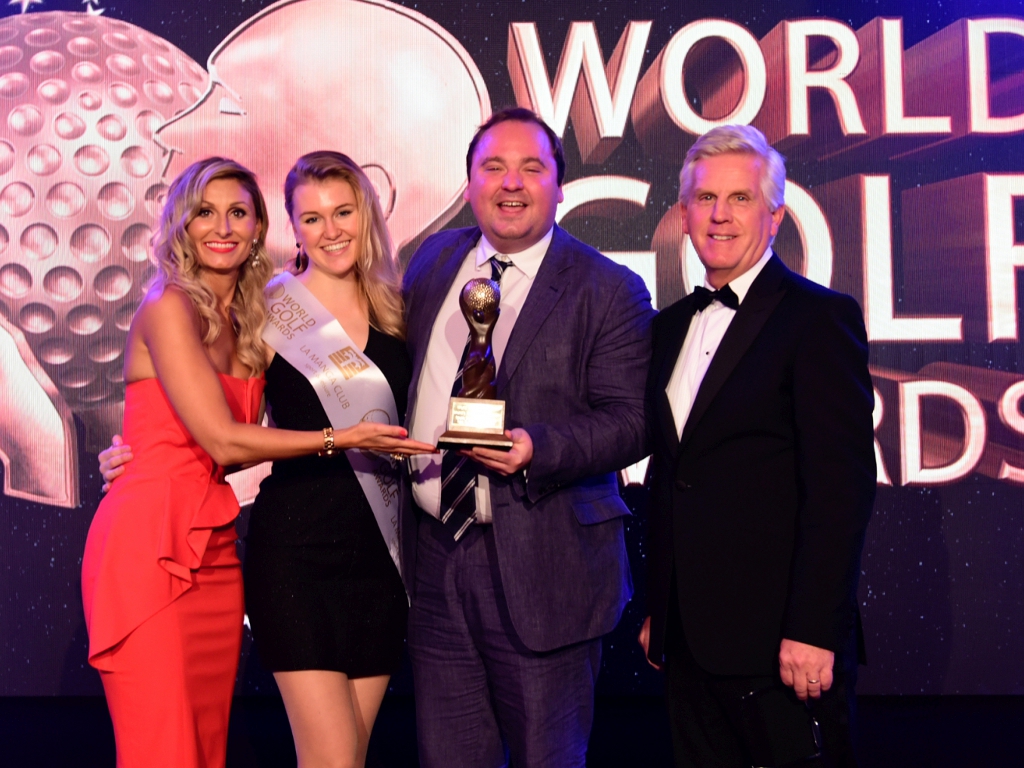 In the space of a little more than a week, Stoke Park was revealed as the top English golf resort in the inaugural Golf World ‘Top 100 Resorts in UK & Ireland’ ranking; named ‘UK Golf Resort of the Year’ in Square Mile, the leading luxury lifestyle publication for the City of London; and, at the World Golf Awards (WGA), in Spain, was hailed as having the world’s best clubhouse.

In the new Golf World list, Stoke Park was kept off top spot for the UK&I only by two Scottish and two Irish venues: Gleneagles, Trump Turnberry, The K Club and Trump Doonbeg.

Praising the historic venue, the magazine’s editorial described the course as being “of considerable pedigree (and) being astutely updated”.

It added: “The Harry Colt course is very good and getting better, while the rooms – both in the historic mansion and swish modern ones in the spa building – are majestic. And dining in Humphry’s will be at least the match of anything in this list.”

In acclaiming Stoke Park as ‘UK Golf Resort of the Year’, Square Mile explained: “As Stoke Park moves into its 110th year of operation, the Buckinghamshire resort shows no sign of falling behind the times. Holes one to 18 of the Harry Colt-designed layout are now open for play, with the refurbishment creating a more defined course with better framed hole designs. It’s an exciting, albeit necessary, improvement worthy of such a historic golfing destination …”

And the title of ‘world’s best clubhouse’ sits neatly alongside last year’s accolade afforded it by the leading US publication Golf Magazine, which hailed the Georgian mansion as the ‘fifth most iconic clubhouse in world golf’.

The instantly recognisable clubhouse – which dates from the late 18th century and was designed by architect to the Crown James Wyatt – became synonymous with golf when it featured prominently in James Bond’s golfing clash with Auric Goldfinger, in the classic 1964 film, Goldfinger.

It sits on the highest point of 300 acres of mid-19th century Lancelot ‘Capability’ Brown-landscaped parkland and has been immortalised in many other films and TV series, including the 2004 crime thriller Layer Cake, which starred soon-to-be-Bond Daniel Craig, the 2001 romantic comedy Bridget Jones’s Diary, and, most recently on the small screen, BBC’s The Apprentice.

Wyatt was the country’s most fashionable architect at the time, after designing the Pantheon, in London’s Oxford Street. He was commissioned to design Stoke Park’s striking ‘palace’ by then resident of the estate John Penn, grandson of William Penn Jnr, who founded Pennsylvania, in the USA.

Work began on the building in 1789, at a location suggested previously to Penn’s forebears by, among others, the great landscape designer ‘Capability’ Brown, who had laid out the parkland in 1750.

Sir Nikolaus Pevsner, author of the 46-volume series of county-by-county guides, The Buildings of England, wrote that Wyatt “… made Stoke Park the most impressive of all late Georgian houses in Buckinghamshire”.

It remained a ‘home’ until 1908, when new owner Nick ‘Pa’ Lane Jackson – who gives his name to the third loop of nine holes at the venue – formed the Stoke Park Club and took on an initial 50-year lease. Within eight months he had overseen the conversion of the lower floor into a golf clubhouse, and a building described by the legendary golf writer Bernard Darwin, in 1910, as “a gorgeous palace, a dazzling vision of white stone, of steps and terraces and cupolas…”

Stoke Park’s head of communications, Nick Downie, was present to accept the WGA award at La Manga Club, in Spain, and said: “Everybody who works in the building says the same thing: it’s a wonderful place to spend the day. We are very proud of the mansion and to find out that golfers around the world feel it is also the best clubhouse gives us a special thrill.

“I’m sure one of the reasons it’s so popular – in addition to the fact it’s like being on a film set – is that, despite all the grandeur and history, it is very homely and welcoming. It’s not at all stuffy and Stoke Park prides itself on making everyone feel immediately at home, whether you’re a member, hotel guest or visiting for the day.”

The historic Stoke Park – one of just two five-AA Red Star golf clubs in England – boasts 27 Harry Colt-designed holes and a thriving golf club with around 800 members. Its numerous facilities include a state-of-the-art health club, spa and pool, 13 tennis courts, and three restaurants and bars, including the three AA rosette fine dining Humphry’s.

Located in Stoke Poges, Bucks, Stoke Park is only 35 minutes from London and seven miles from Heathrow Airport, and the historic land on which it stands is recorded in the Domesday Book of 1086.