Effingham goes back to the future to upgrade classic Colt layout 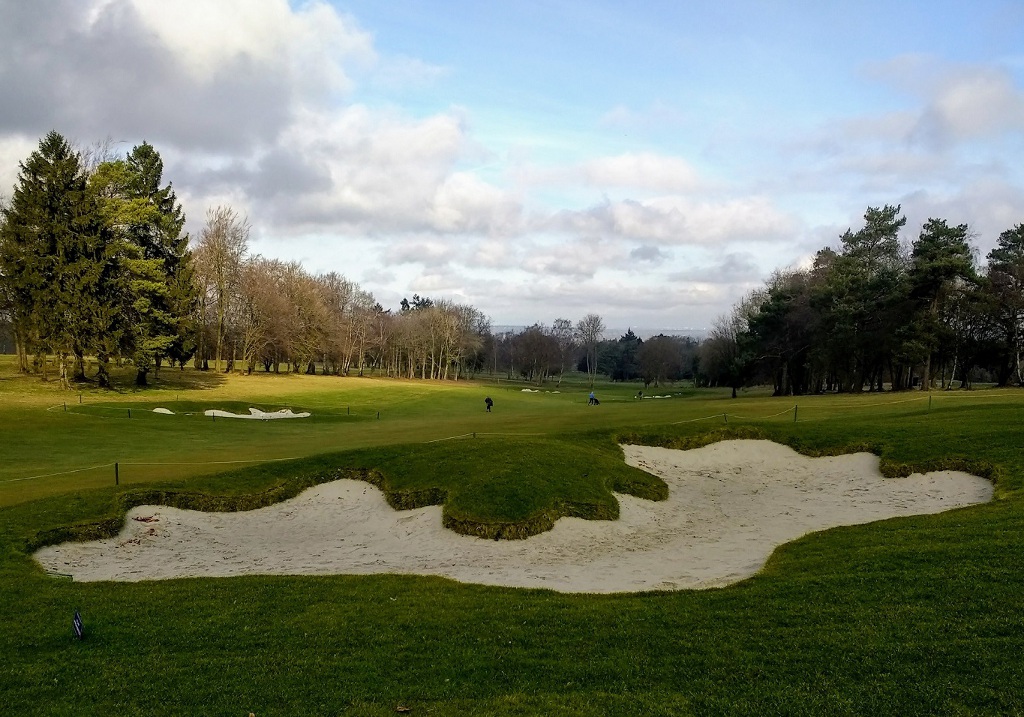 Effingham Golf Club has used a trip back in time as the inspiration for its new-look championship course after completing a major renovation and upgrade of its classic course and club facilities.

The prestigious Surrey club has invested a significant six-figure sum over the last five years to return all the bunkers on its historic downland layout back to their original design, while improvements off the course have included the installation of a new golf shop, golf studio, buggy store and main entrance to its Georgian clubhouse.

The final phase of the ambitious project is now complete and Effingham will mark the official opening of the “new” course with a special sold-out Pro-Am, playing for the Mackenzie Quaich, on May 21 with the likes of former European Ryder Cup ace Steven Richardson, Ladies European Tour stars Amy Boulden and Sophie Walker and former European Tour player Gary Evans set to attend.

At the heart of the renovation has been the transformation of all 73 bunkers on the par-71 layout, with the club working closely alongside acclaimed golf course architect Tom Mackenzie, from Mackenzie & Ebert, to enhance the original course created by Harry Colt in the 1920s.

With the construction work expertly carried out by MJ Abbott, phased over the last five years, and with finishing touches completed by the greenkeeping team lead by Jon Budd, the course is now fully open to members, and non-members at specific times, ahead of the new season.

Steve Slinger, general manager at Effingham Golf Club, said: “The aim of the project was to return the bunkers to a style in keeping with how they looked when the course opened under Colt in 1927 and we’re delighted with the final result.

“We’ve had a lot of fun working with Tom and he should be congratulated for his vision. He has brought an already excellent course design to life and it is now very much a case of the old meeting the new, which is exactly what we wanted to achieve.

“We have always had the stunning views here at Effingham, however the bunkers are now equally our signature. With the changes in golf club and ball technology, many had become superfluous, and the new bunkering makes it tougher off the tee for the longer hitters – and definitely more challenging in and around the greens for everyone.

“Tom has embraced the styles and design patterns of generations before us, while importantly creating a test of golf in keeping with the requirements of the 21st century.”

Effingham’s renowned championship course has held numerous high-profile events since opening, including hosting regional qualifying for The Open Championship from 2006 to 2010 and the Brabazon Trophy Southern Qualifier in 2014.

Set in 270 acres of picturesque Surrey countryside near Guildford, the 6,800-yard classic layout features two very separate loops of nine, and it is set to enjoy further acclaim later this year, hosting the PGA Surrey Masters in September, and next year having been chosen to host the 2019 England Golf Senior Men’s County Championship Final.

For further information about Effingham Golf Club and to book, phone 01372 452203 or visit effinghamgolfclub.com