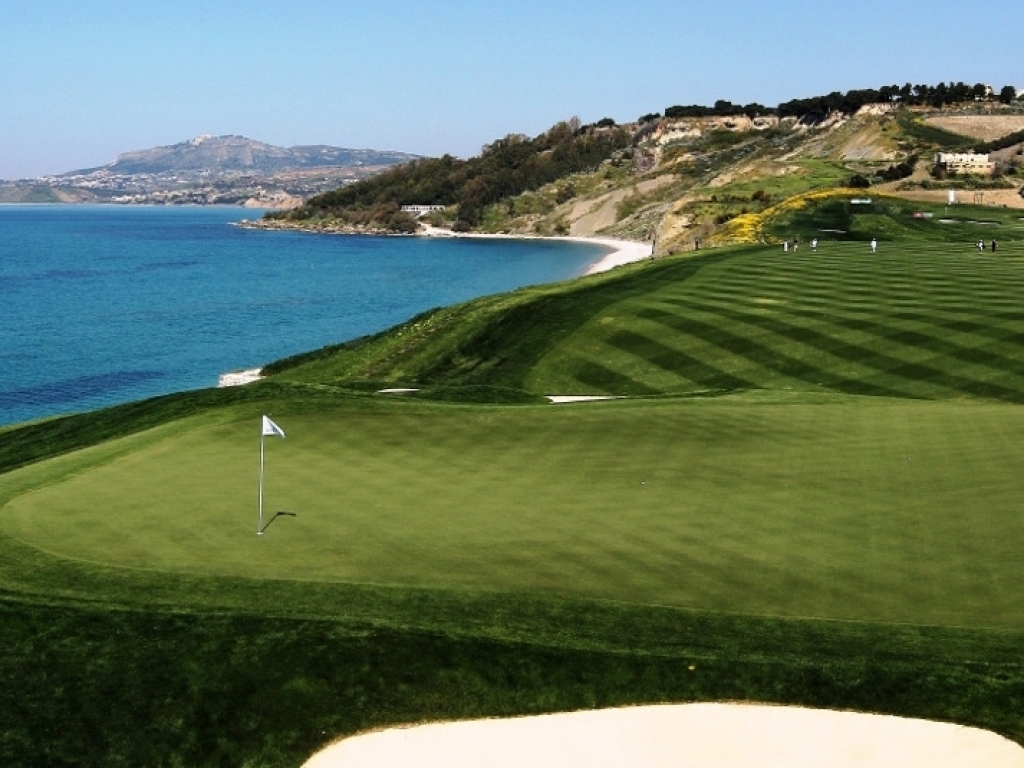 António Castelo is ready to lead the next exciting chapter in the golf development of Verdura Resort as one of the world’s elite golf resorts after being named as the new director of golf at the award-winning Sicilian resort.

Castelo has moved to Italy after spending more than 20 years working at a collection of the top golfing venues in his native Portugal including Vila Sol, Boavista and, most recently, Troia Resort, where he was director of golf for seven-and-a-half years.

Verdura Resort will host the European Tour’s Rocco Forte Sicilian Open for the second year running next month from May 10-13 and the Portuguese – who won his national championship twice as an amateur – is relishing the chance to play a prominent future role in helping the resort take its status in world golf to a new level.

Castelo, who took up his new position at the start of the month, said: “It’s been wonderful to see how Verdura Resort has grown in a short space of time into one of Europe’s top luxury golfing destinations, and I’m extremely proud to have been given this opportunity.

“With three fantastic golf courses, a first-class hotel and an array of outstanding sports and leisure facilities, the resort has so much to offer to a wide golfing audience. Working in Sicily will be a new challenge and it’s one that I’m looking forward to immensely – starting with the Rocco Forte Sicilian Open.”

Marco Truffelli, General Manager at Verdura Resort, said: “We are delighted to welcome such a seasoned professional with an outstanding reputation to Verdura Resort. With Antonio’s knowledge of the golf market and his professionalism, we look forward to enhancing our position among the world’s ultimate luxury destinations.”

Opened in 2009, Verdura Resort – a Rocco Forte hotel and a member of the exclusive European Tour Properties network – has established itself over the last decade among Europe’s elite golf resorts.

As well as being a recipient of a Golf Digest ‘Editors’ Choice Award for Best International Resorts’ for the last three years, European Ryder Cup captain Thomas Bjørn confirmed himself as one of the resort’s many fans when he said: “What a beautiful place and what a place to play golf …” after playing in the inaugural Rocco Forte Sicilian Open last year.

Nestling on the coast in 230 hectares of stunning landscape, the resort features two 18-hole championship courses – the East Course and West Course – as well as a par-three nine-hole course, all designed by Kyle Phillips. Complementing the golf courses are extensive practice facilities including a double-ended driving range and outstanding academy.

Situated on Sicily’s southern coast between Agrigento and the fishing city of Sciacca, an 80-minute drive from Trapani and Palermo airports, Verdura Resort features 203 rooms and suites – all with a sea view. Away from the fairways, the resort features an array of other luxury sports and lifestyle facilities while guests also have the opportunity to sample a taste of the gastronomy, wine, history and culture that has made Sicily – the largest island in the Mediterranean – famous across the world.