Bjorn warms up for Ryder Cup with Foxhills visit 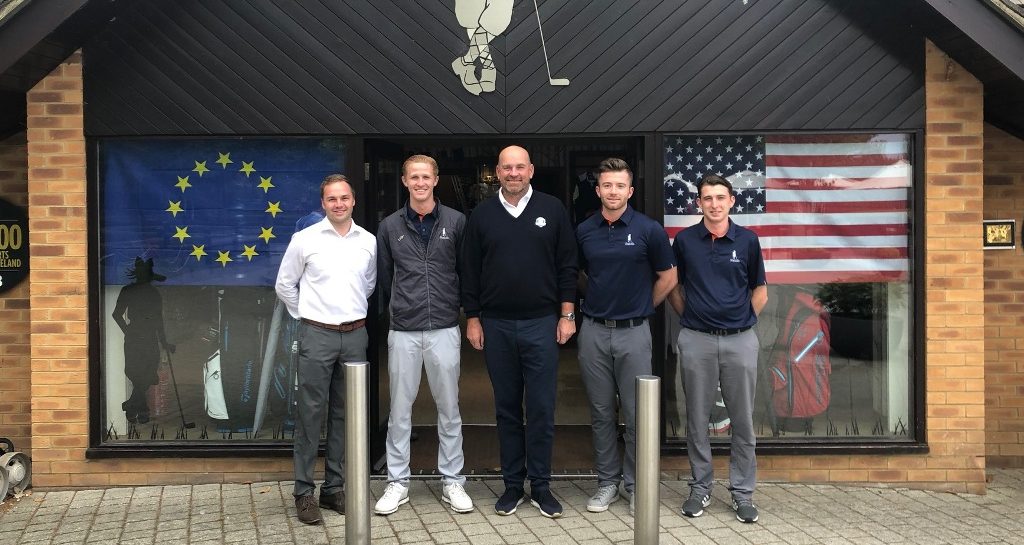 Thomas Bjorn made an astute captain’s pick with a visit to Foxhills Club & Resort ahead of this week’s Ryder Cup showdown.

The Dane leads Team Europe into battle against the USA at Le Golf National in Paris on Friday but warmed up for the frenzy with a trip to the more relaxed surroundings of the Surrey resort.

Although he may have appreciated the opportunity to unwind with a short break and a trip to the award-winning spa, Bjorn was instead there to undertake media duties with Foxhills friend and Sky Sports presenter, Nick Dougherty.

But Bjorn did find time play a few holes and met some of the Foxhills junior members to pass on a few tips during his visit, while members and staff wished him luck in his quest to bring the Ryder Cup back to Europe.

Foxhills director of golf, Chris Fitt, said: “It was a real privilege to welcome the European captain to Foxhills. A few of the juniors managed to meet him, which was pretty special for them and he took some time out to meet the team as well.”

There are several Ryder Cup connections at Foxhills already with the Bernard Hunt course named after the former head professional, who was a stalwart of the event during the 1950s and 1960s in a distinguished career.

And 2018 team member Paul Casey – who has played in three previous Ryder Cups – started his golf career at the venue, progressing through the Foxhills Foundation on his way to a successful professional career.