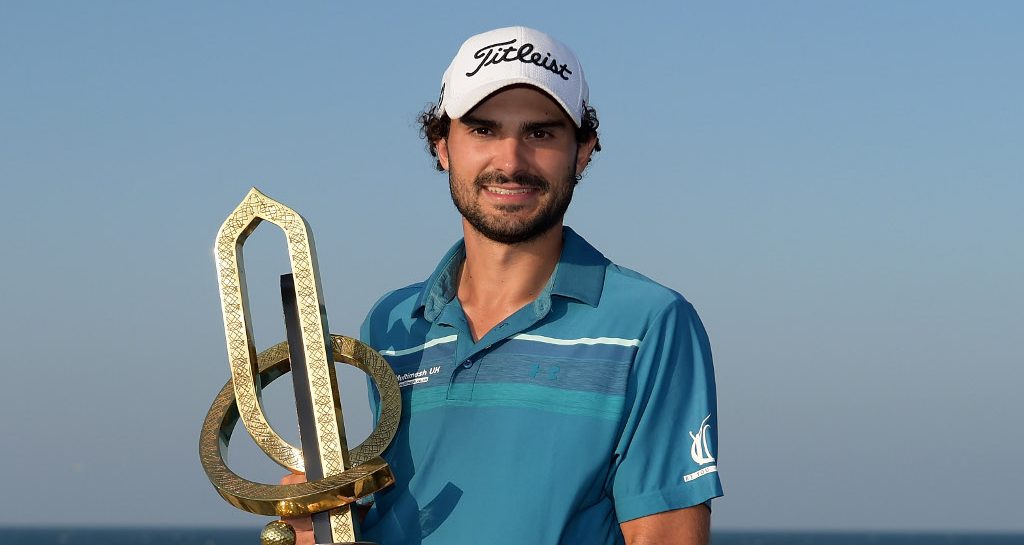 The top 15 in the season-long Road to Oman Rankings will play in the Race to Dubai next year and there was much movement throughout the fourth round at Al Mouj Golf, with Sebastian Heisele and Robin Sciot-Siegrist ultimately the two to drop out of the European Tour places in the final week of the season.

Estanislao Goya and Oliver Lindell were two others who were inside the top 15 in yesterday’s projected rankings but endured difficult days as the wind picked up off the Sea of Oman, ultimately sharing 11th place – not enough to hold those European Tour positions.

Fernandez and Neil both turned in 33 to climb the leaderboard but started to falter on the back nine, each bogeying the 17th before making impressive pars on the last hole in the knowledge that a dropped shot would be costly.

They took the 14th and 15th cards for next season, Neil finishing 4,436 points ahead of Heisele for that final position, and they will both now embark on rookie seasons on the European Tour.

The Frenchman stretched his overnight lead to four shots with two early birdies and, with the charges of Erik van Rooyen and Goya falling away, he walked down the 18th with a two-shot lead.

A comfortable par saw him sign for a two under par round of 70 and a 15 under par total, taking the 25 year old to second place in the Rankings, with Marcus Kinhult the runner-up and Fernandez and van Rooyen sharing third place on 12 under par.

“I played pretty good today,” the Frenchman said. “It was really tough not to think about the score and what the other guys were doing around me but I focused on doing my own job and I am really, really happy.

“It was definitely the best win of my career and it is the highlight of my career so far. To finish in the top 15 was my main goal at the start of the year and to finish the season second in the Rankings feels great.

“I am going to take two weeks off and enjoy some time at home then I will be ready for next season.”

The round of the day came from Jens Dantorp, whose blemish-free 66 secured the Swede his European Tour card in a share of fifth place and concluded a remarkable fortnight following his victory in last week’s Ras Al Khaimah 2017 Golf Challenge.

Meanwhile, Tapio Pulkkanen was crowned Challenge Tour Number One, the first Finn to achieve this honour.

“It’s nice to be in the history books,” he said afterwards. “Some great names have won the Challenge Tour Rankings in the past and it’s a great pleasure to now be part of that team.

“I hope I can continue this next year but it’s been a good training ground and I have improved so much from playing on the Challenge Tour.”