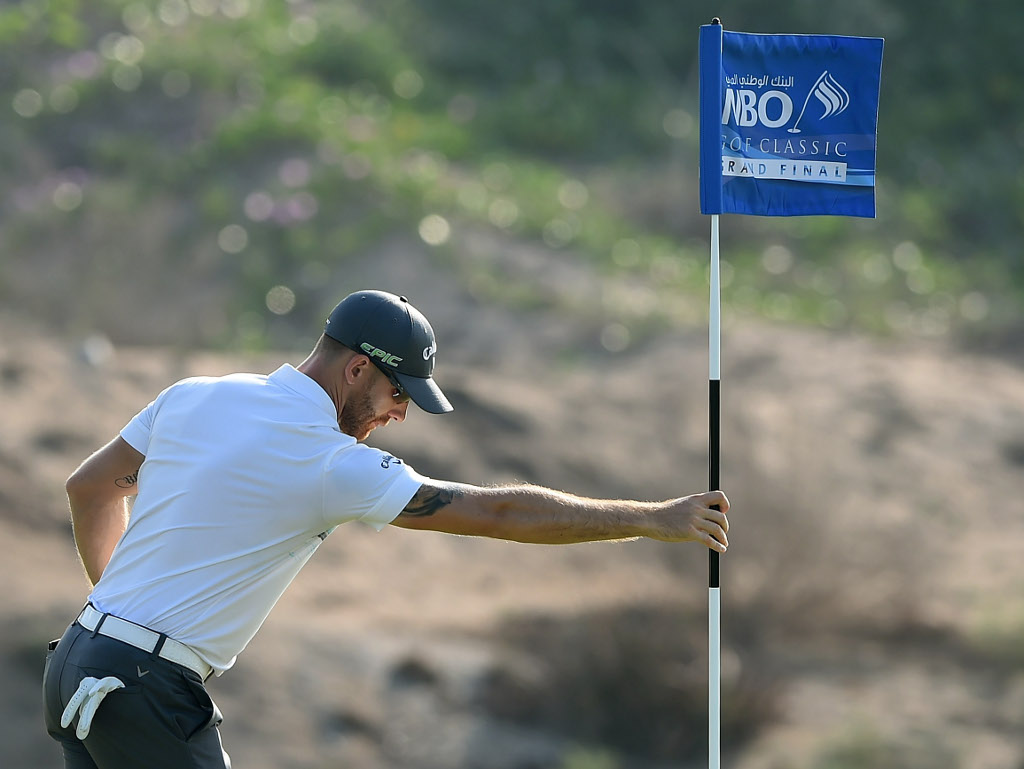 Estanislao Goya is eyeing up a repeat of his 2008 Challenge Tour Grand Final win as he leads the NBO Golf Classic Grand Final by one shot at the halfway point.

The Argentinian, already a winner this season in Sweden, birdied the last hole at Al Mouj Golf to sign for a six under par round of 66 and reach 11 under par after two rounds in Muscat.

All focus this week is on the top 15 of the season-long Road to Oman Rankings, who will earn European Tour cards on Saturday evening, and Goya came into the week with work to do to improve on his 23rd spot.

Two good days have given him a strong chance, with his new projected Ranking at third, though he will be strongly chased by a truly international leaderboard, with players from Finland, France, Sweden, Poland, Australia, Germany and Spain all joining him in the top ten after 36 holes.

The first of those players was @Tanogoya back in 2008

“You have to play really well to get yourself into the top 15. I’m in a good position, I still have chances, so I’m just going to go out there and enjoy it this weekend.

“It’s the best course we play on the Challenge Tour. It’s a good test and you have to play well, but if you play well it rewards you. It’s a great challenge for the week and is a great location for our Grand Final.”

His nearest challenger is Finnish teenager Oliver Lindell, whose seven under par round of 65 – the low round of the week so far – was made all the more remarkable by the fact that his tournament preparation revolved around him starting six months of military service last week.

Low round of the week ✔️#NBOGrandFinal co-leader ✔️

“If I’m in the top two [only a top-two finish will earn Lindell a spot in the top 15] I will go back to military service next week, but if not I have Final Stage of the European Tour Qualifying School next week to try to get my card,” said Lindell.

“I think military service is good for me. So far I’ve been doing pretty basic things like shooting and getting the beds made – they’re long days, starting at six o’clock and ending at nine.
“I am in the sports corps so I get chances to practice my game and they will be letting me continue my golf career alongside my service.

Lindell sits on ten under par, one shot ahead of French duo Thomas Linard and Clément Sordet – who provided the highlight of the day when he made a hole-in-one on the eighth hole, at that point earning him a two-shot lead.

If things stay as they are, Goya and Lindell would both climb into the top 15 at the expense of Jens Dantorp and Robin Sciot-Siegrist, but much will change over the next two days before the Class of 2017 is finalised.