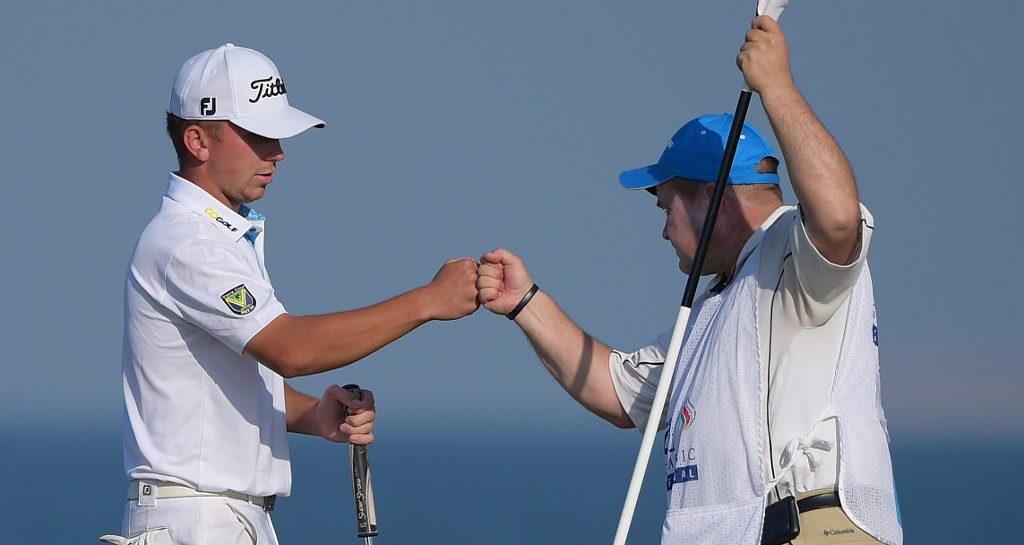 The European Challenge Tour season has only 18 holes to go after a tense third round at the NBO Golf Classic Grand Final, with as much interest in those contending for spots in the top 15 of the Road to Oman Rankings as in the top of the leaderboard.

Clément Sordet leads the way at Al Mouj Golf on 13 under par, one shot clear of Oliver Lindell, while behind them many of their rivals spent Day Three playing themselves into contention for European Tour graduation tomorrow afternoon.

While Sordet started the week inside the top 15 on the Road to Oman, the likes of Lindell and overnight leader Estanislao Goya – who is in third place on 11 under par – needed good weeks if they were to earn European Tour cards for 2018.

Lindell is only playing this week on a special release from military service and the Finnish teenager knows only a top-two result will be enough, but a patient bogey-free 70 means he is on course for just that as things stand.

“The plan for the day was to make zero bogeys and I did a pretty good job of that,” said Lindell.

“It was pretty difficult out there, you always have to hit good shots on this course to get close, and it was playing really tough today.

“Tomorrow is going to be a really interesting day. It will be the biggest day of my career so hopefully I can play well.”

Nervous final days await the likes of Jens Dantorp, who is projected to occupy the 15th and final European Tour spot. The Swede experienced last gasp disappointment in Oman 12 months ago, after a closing bogey scuppered his late charge for a top 15 spot.

Scott Fernandez’s blemish-free third round of 68 has lifted the Spaniard into a share of fourth and he is the most likely man to threaten Dantorp’s place – currently not even 2,000 points separate them in positions 15 and 16 in the projected rankings.

“This is the position we’ve been working all year round to have a shot at. I’m really excited about what I’ve done today, keeping it nice and steady to begin with and then taking some chances when I was coming in,” said Fernandez.

“I’m really happy about where I am. The whole season comes down to this but I’m just going to treat it like another day at the office and give myself a chance to get in the top 15.

“My goal is to treat it like every day. There’s going to be a lot of emotions going in for a lot of the guys, but you have to trust that, after a whole season, you know what to do.

“I can’t really control what the other guys do so I’m just going to try to do my thing. If I keep playing well I can reach higher goals, so I’m going to give it my best, I feel like I have a good plan for the course, and exciting things will happen tomorrow.”

Bradley Neil is another who put himself back in contention today. The Scot started the week in 16th place on the Road to Oman but is 18th in the projected rankings after today.

Out ahead, Sordet – all but assured of European Tour golf for next season – is looking to add a second victory of 2017 following the Frenchman’s win in the Viking Challenge.