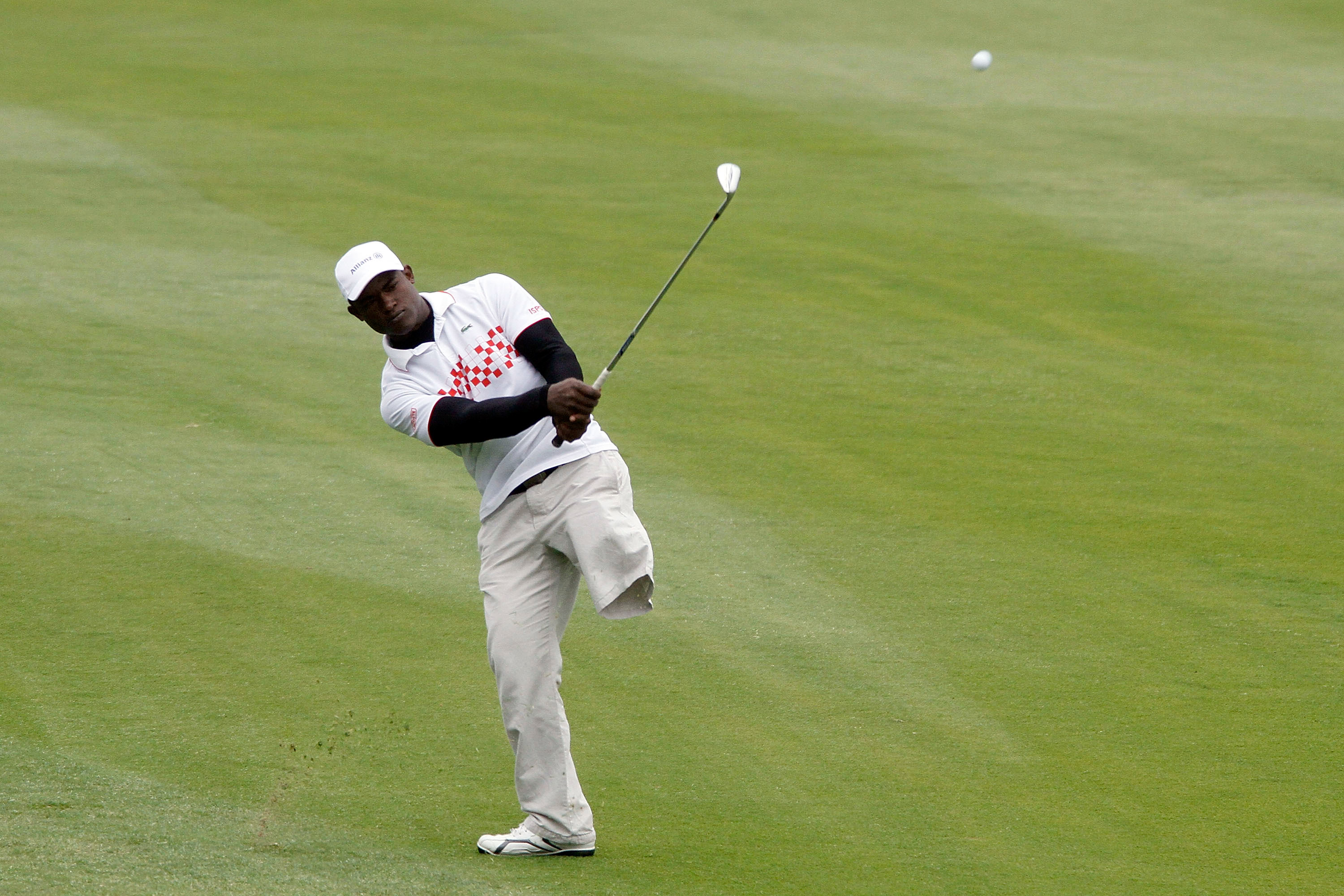 This week the remarkable and inspirational Manuel De Los Santos will make his debut on the Challenge Tour.

US Open week is famed for the competitors finding plenty to feel sorry for themselves about.

Admittedly he won’t be taking on the long grass, small bunkers and fast greens of Erin Hills, but when he lost his leg in a traffic accident in 2003, on the verge of signing forms with Major League baseball team Toronto Blue Jays, he thought his dreams of playing sport at highest level had been shattered forever.

And yet this week, at Aa St Omer GC in northern France, De Los Santos will make his debut on the Challenge Tour.

Inspirational amateur Manuel De Los Santos warms up ahead of the #HDFGOpen pic.twitter.com/xi0zSWTLHJ

His inspirational story began when, having relocated to Paris from the Dominican Republic, his wife Elena picked out ‘The Legend of Bagger Vance’ at a video rental store.

The film so motivated De Los Santos that, at 8am the very next morning, he was hitting the first golf balls of his life on a driving range.

Within weeks he was there 12 hours a day. Within four years he had his handicap down to three. In 2009 he made his debut in the Alfred Dunhill Links Championship, wowing the galleries and media with his clean striking in blustery conditions, and in 2012 he made the cut for the first time alongside pro Tano Goya.

To play professional golf is his dream and, after making start on minor tours around France, he has his first opportunity on European golf’s second tier circuit.

On his official Facebook page De Los Santos wrote: “It’s such a beautiful privilege for me to be invited to this great event. I would like to thank the Aa St Omer GC for supporting this very ambitious project and Alain de Soultrait, the Challenge Tour Director, for his trust.”

But De Los Santos’ ambitions don’t end with merely teeing it up.

“I have the game to make the cut,” he insisted ahead of the first round. “Golf is a difficult game and sometimes I used to forget why I played – but now I just keep calm if I make a mistake and remember that I love the game.

“Golf has changed my life. Me and my friends who are disabled have to fight for everything, so to be able to play a difficult sport to a high level is a big thing for me.

“This week will definitely be difficult, but I am still really excited. I remember 12 years ago when I was lying in bed I never thought I could play golf with one leg. Now to be at a point where I can play on the Challenge Tour is amazing.

“Belief is key in the world. You have to believe in yourself no matter what happens. You know when you are born but you never know when you’re going to die – so you have to fight for everything.”

The fight for birdies this week is very minor in comparison with the battles De Los Santos has already overcome, but you sense he’ll relish this one all the more because of it.