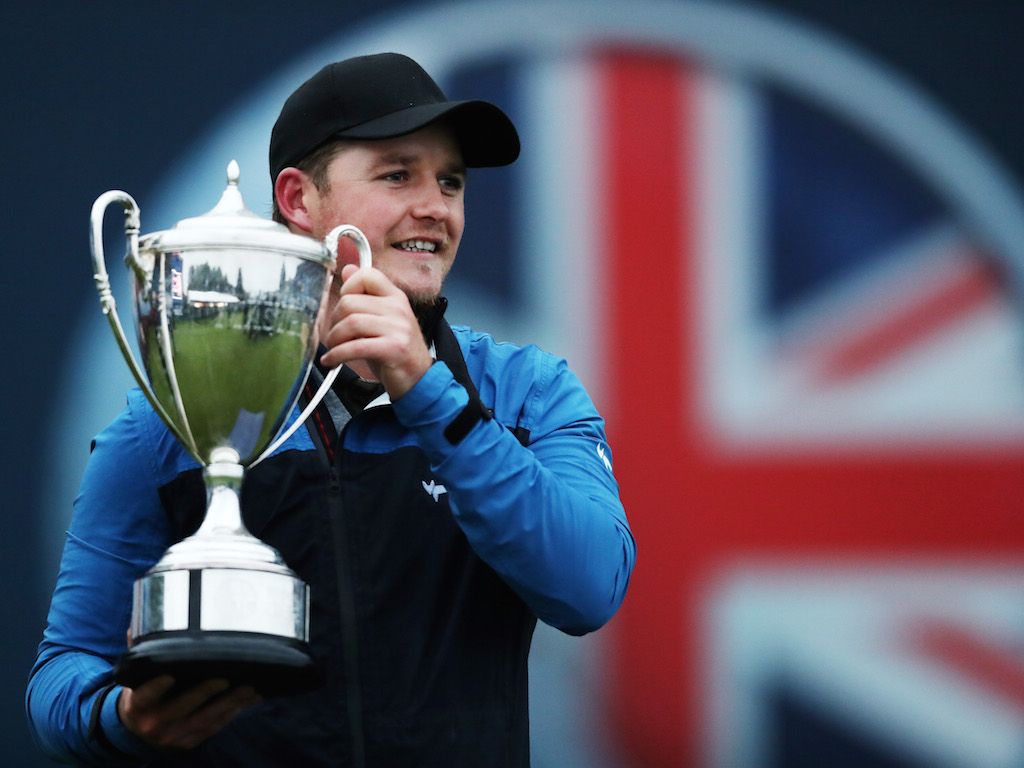 Eddie Pepperell held off Alexander Bjork in an enthralling final-round duel to clinch his second win of the season at the Sky Sports British Masters.

The home favourite entered a rainy Sunday at Walton Heath Golf Club with a three-shot lead.

That lead was reduced to one at the turn though. A stunning hole-out eagle on the tenth then re-established Pepperell’s buffer.

Bogeys at the 15th and 16th set up a tense finish but Pepperell held his nerve to stay at nine under and beat Swede Björk by two shots.

“I said yesterday I wouldn’t know how it felt being in the lead at this event as opposed to another one but now that I’ve won it, it does feel special.

“The crowds are great, I’ve had some great local support around a beautiful golf course – one I’ve played a lot as a junior and an amateur – so to come and win this event is really special.

“It was such a tough day with the conditions. I didn’t swing it very well from the get-go and it was really hard then to find it. It was an absolute grind for four or five hours. It just shows how important it is to build a lead when things are going well for you.

“I’m delighted to go wire-to-wire, especially at this event, I’m over the moon.”

Having won the Commercial Bank Qatar Masters earlier in 2018, Pepperell now has two European Tour wins to his name in the last 12 months of action.

His current world ranking of 50th is also the lowest he has ever achieved in his career.