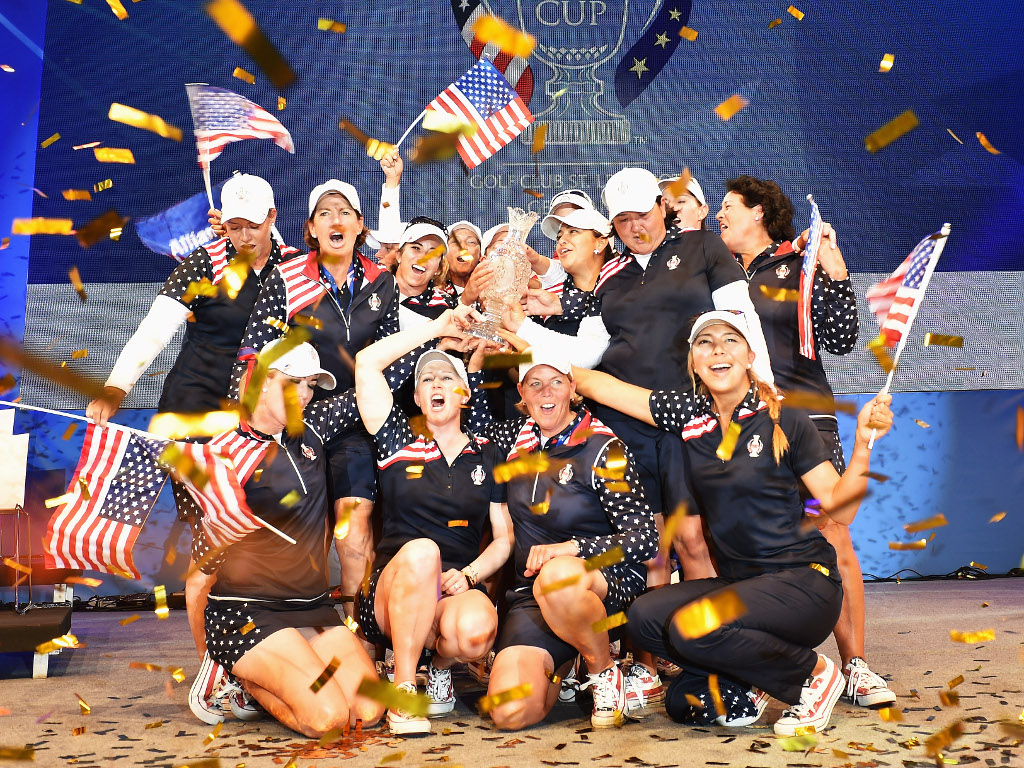 Two years ago the Solheim Cup ended in controversy, but maybe it wasn’t such a bad thing. Any publicity is better than none, right?

“I come from Des Moines,” read the opening line of Bill Bryson’s best selling book The Lost Continent: Travels in Small Town America. “Somebody had to.”

The head of the tourist board probably winces at those words, but there you go. Any publicity is better than none, right?

A random introduction to this week’s Solheim Cup, hosted by the Des Moines Golf & Country Club perhaps? Not quite, because two years ago the match was pottering along, being enjoyed by diehard fans of the women’s game, picking up a few strays from the men’s game, but largely failing to feature in the wider sporting landscape.

Then it all kicked off.

The nuts and bolts of the situation were this: as the fourth series of matches drew to a delayed conclusion on Sunday morning, America’s Alison Lee, playing alongside Brittany Lincicome, missed a putt on the 17th green and then assumed her next had been conceded by the European pairing of Suzann Pettersen and Charley Hull.

Trying to establish what Lee had heard or believed prior to picking up, what the Europeans had said, signalled or implied, what onlookers heard or saw, was not just difficult – it was about as complex as verifying exactly what happened in Dealey Plaza when Kennedy was shot.

Ultimately it doesn’t really matter if Lee (bizarre; there was even another Lee at the centre of it all) heard “you’re good”, if the Europeans appeared to be walking off the green or any of the other wild surmises, guesses and suggestions that were flying around as folk replayed the footage over and over and over again, desperately hunting for clues.

Was Charley Hull in the Texas School Book Depository? Was Juli Inkster peering over Abraham Zapruder’s shoulder behind the picket fence? Were a shady cadre of caddies in the pay of the military-industrial complex? None of it mattered.

All that counted was Suzann Pettersen’s determination to stand firm, claim the hole and, minutes later, the match.

In those desperate moments people across Europe were watching through their fingers or peering over the back of the sofa because Pettersen was making the biggest mistake possible in team golf: she was granting the opposition the opportunity to feel morally aggrieved.

Not captains. Not star players. Not flags. Not face paint. Not organised singsongs in the gallery.

Absolutely nothing in team golf incites a unified performance like righteous indignation.

Team Europe knew this because they’d been fuelled by it themselves, in 2000, when Annika Sorenstam holed a chip shot, the American pair of Kelly Robbins and Pat Hurst insisted she had played out of turn, and in a world-beating display of hard-nosed-win-at-all-costs-brinksmanship, made her replay it. She did so, but through eyes made blurry by hot tears of humiliation. 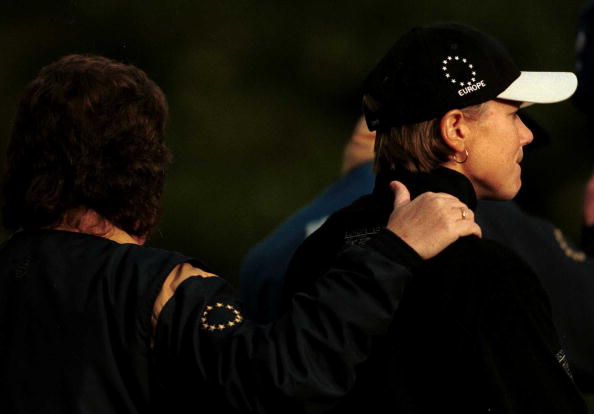 Problem was: it wasn’t world beating, the Americans didn’t win, the cost was dear. Sorenstam’s team-mates were furious, the team room seethed with resentment; before the incident they knew they wanted to win, after it they knew there was no way in a million bloody years they were ever going to lose.

Turns out that playing hard ball looks really stupid if it rebounds and smacks you flush in the face.

Fifteen years later, on the Saturday afternoon prior to Gimmegate, at the start of that series of matches which were delayed by the onset of nightfall, the Americans were in disarray and trailing by four points (the deficit they also faced ahead of the singles). One member of the team, renowned for her excellence in the event, was in tears as her compatriots in the gallery sang “We still believe”. It was pretty clear that her faith was being sorely tested.

Lee’s error and Pettersen’s stubborn streak changed that. The narrative was no longer about an unprecedented third American defeat on the trot, a slide they seemed powerless to reverse, but empowering rage that a team-mate – the youngest and therefore, in the hasty re-write, most vulnerable – had been shown disrespect by an opponent.

It was no longer a panicky “How do we stop the rot?” but rather a driven and impassioned “Let’s win this thing” (quite possibly with a few swear words added).

It was a disaster for Europe. The Americans flew at them like avenging angels and completed a stunning victory. Even a player who had lost her last nine (nine!) matches turned things round and claimed her point – that’s what being a win-at-all-costs-nincompoop can do to the opposition.

They all went up. Rocketed in fact. Gimmegate, with all its acrimony, accusation and after-effects, had gone viral.

An event that was getting a bit of publicity was now getting ten, twenty, thirty times as much interest.

Any publicity is better than none, right?

Probably not. It was a bitter and awkward day which strained friendships, and ideally Gimmegate should be dealt with swiftly this week, talked through and forgotten. Lee was dozy, Pettersen was a prat, but it’s still only golf. Time to move on.

But it does make you wonder. Two weeks ago the Ricoh Women’s British Open witnessed two young Brits make the top five for the first time since 2004, all played out on a spectacular golf course, with a winner whose back story was compelling.

Wider interest in the UK was low. Very low.

To rewrite Bryson’s words: “I like women’s golf. Someone has to.”

But actually? There’s no reason why lots of us shouldn’t like it, especially this week.

Let’s hope for a spicy (but not spiteful) Solheim Cup.