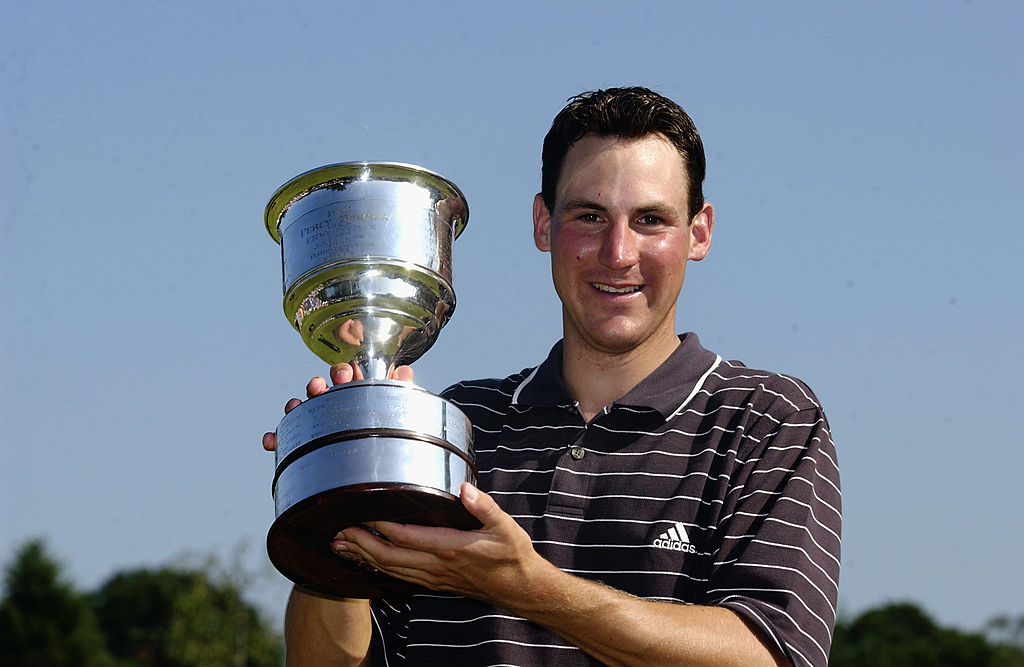 Matt Cooper tells the extraordinary story of Tobias Dier, who 15 years ago very nearly shot a 59 on the way to winning the KLM Open.

If the two qualities tour professionals aspire to possessing above all else are the ability to convert leads into wins and consistency, then Tobias Dier had the game sussed.

Tobias Dier. His name sits alongside the greats of European golf as a past winner of the KLM Open. He very nearly became the first man to shoot 59 on the European Tour. He converted every end-of-round lead he ever held on the main tour into a win. 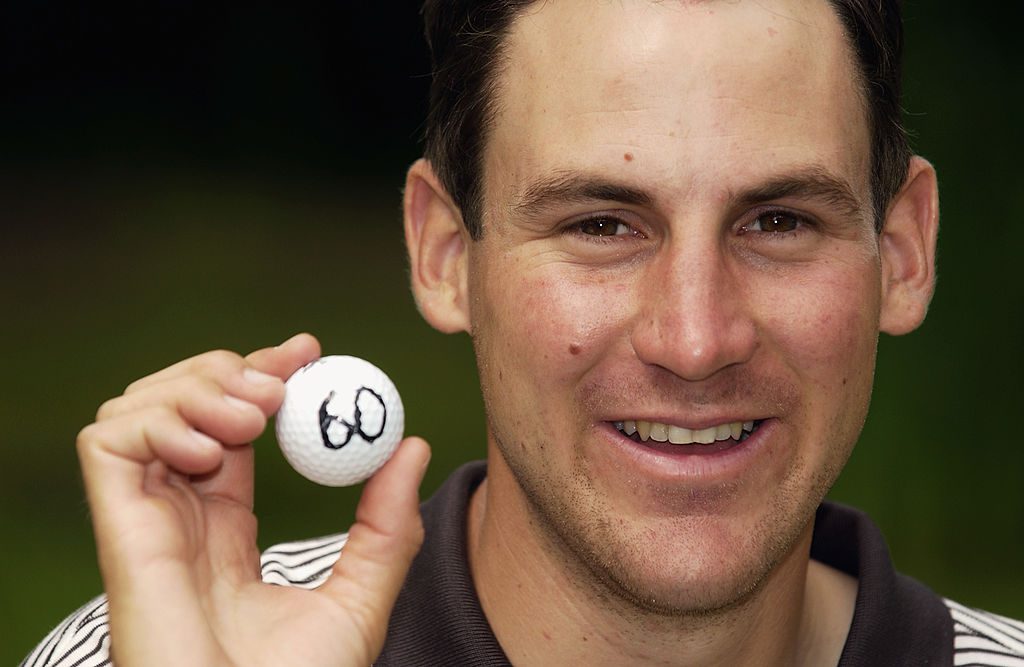 His European Tour story began in 2001 when, 21 events into his rookie year, having made just one top-25 finish and missed six straight cuts, he headed to the North West of Ireland Open.

It was not just the geographical precision of the tournament title which gave him good vibes, he was also boosted by the memory of having finished fourth in the Challenge Tour co-sanctioned event the year before. He surfed the positive feelings and claimed a victory which promised to change his life.

Twelve months later the German headed ato Hilversumsche GC for the 2002 KLM Open having endured a sophomore season that was all too reminiscent of his rookie year.

He’d made only six cuts in 23 starts since the “breakthrough” win, his best finish had been T44th, and he’d failed to break 70 in his last 16 opening rounds.

As I discovered when chatting to him a few years ago, what happened next was remarkable. The baffling tale that emerged all the more interesting because it was told by a golfer refreshingly open when discussing the bizarre nature of his career.

“My confidence was not very high,” Dier admitted, talking of his arrival in Holland. “But I had a new caddie called Stretch. The best caddie I ever had actually. I’d been working on stabilising my legs and all of a sudden, late in the pro-am, I started to hit the ball really well. I even holed out for an albatross-2 on the 18th.

“We both said that it was beginning to look good for tomorrow. We had a strong game plan and I liked the course because it was a lot like my home club.”

Quiet hope weighed against those imposing realities: 17 missed cuts since the win, not one first round in the 60s all year, the shadow of self-doubt, the suspicion of others.

Golf, however, likes to laugh in the face of such trifles.

“On Thursday I found I was striking the ball extremely well. I hit every green in regulation and gave myself a birdie putt from inside 13 feet on every green for the first 14 holes.”

When his drive at the par-5 18th hole found the middle of the fairway he needed an eagle to go sub-60. The previous day he had holed out for albatross with a 3-wood from 244 yards; now he had 205 yards to the flag and hit 5-iron. 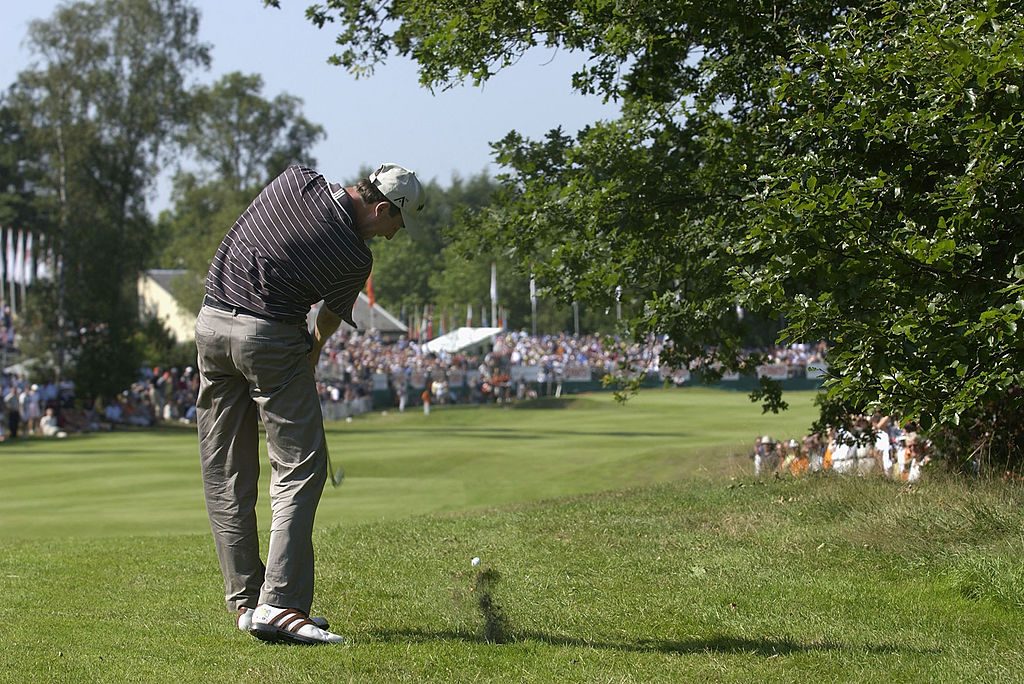 The approach landed close and ran out to leave 16 feet for the European Tour’s first-ever 59 (or, to put it another way, to maintain his record of never have shot a first round in the 60s throughout 2002).

“I didn’t think about the 59 while I hit the first putt because I was just in the zone,” he said. “But I was a bit aggressive so after I missed it I actually got really nervous because I had to hole out for birdie from about three feet.”

The putt dropped, Dier had a five-shot lead and the form continued. He didn’t make a bogey until his 47th hole of the week and ended Saturday with eagle at his favourite 18th hole to earn a 54-hole three-shot advantage.

“I was very nervous on the first tee in the final round but I thought ‘I’m three ahead, it’s just like in Ireland last year. Do the same thing.’ And I did!

“I played with Padraig Harrington and I really enjoyed it. I always liked to compete and I liked being in contention. That was never a problem. The problem was I just wasn’t there often enough …”

Another win from nowhere. Could this one achieve what the first hadn’t?

Those two qualities professional tour golfers dream of? The ability to win when in contention and consistency? Dier had them sussed, but he hardly ever found himself near the top of the leaderboard and his reliability was of the wrong kind.

“When I had a chance to win I took it so that feels really good. But my consistency, or my ‘normal’ performance? It was never good enough.”

He wonders if his late start in the sport impacted on his problems.

“I became good very quickly, but my foundation was never strong enough. I was always able to adapt very quickly, to change things and make them work. But then the basics (grip, stance, ball-position) also changed. That was bad. I still do not know what ‘my swing’ really means – there were too many of them.

“And to be honest? I didn’t have a clue about the game when I came on tour. I was not well prepared with short game, putting, shot-making, course management …” 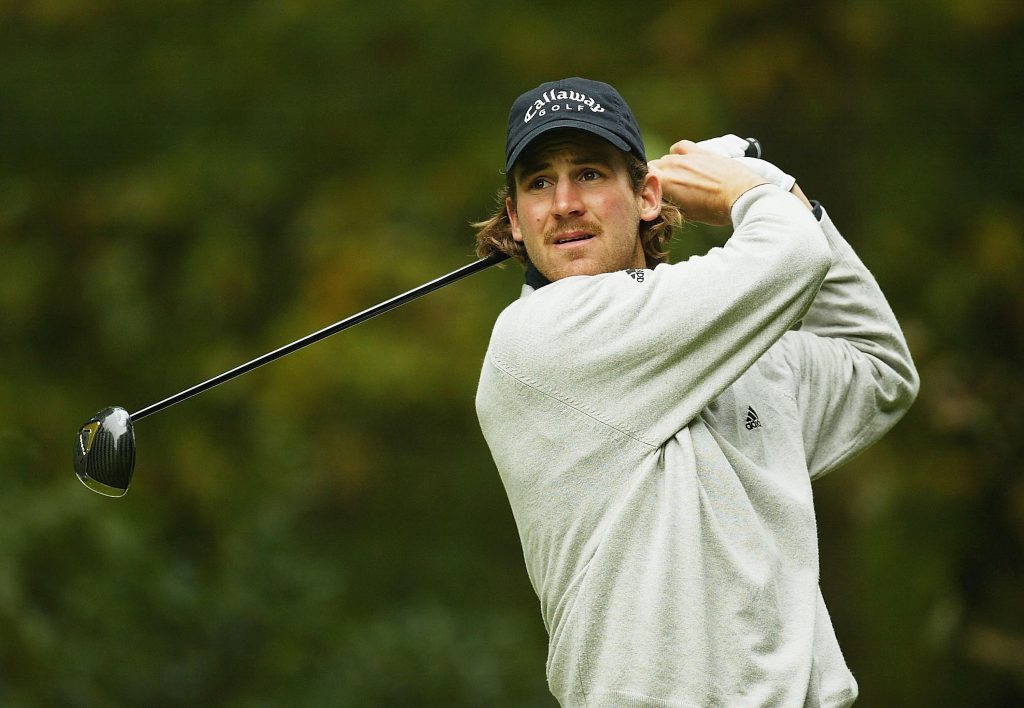 At the beginning of 2004 Dier contracted the Epstein-Barr virus yet it went undiagnosed until August.

“I lost 12 kilograms and was ill every second week. I caught everything you could imagine. I’d already played 24 tournaments which made the medical extension little use.

“So I made a big mistake and said ‘Keep on playing.’ After that I was done. My body was so worn out I had to pause a whole year.”

He returned with a new coach who was more methodical about the golf swing.

“We worked for a year together and after that I had a model swing which worked perfectly on the range with a full swing, but I totally lost the ability to shape the ball and had no distance control any more. So I had a model swing but an empty bank account!”

In 2007 there were a few bright moments on the Challenge Tour, but he failed to make even one cut through 2008. “Then I had a shoulder injury in September and that was that. I decided to quit.”

Away from the tour for nearly ten years, Dier now works in real estate and project development. He plays only a little golf for fun.

And the quest for a European Tour 59? It goes on. Dier came as close as anyone.