A sweet dream? Or a beautiful nightmare? 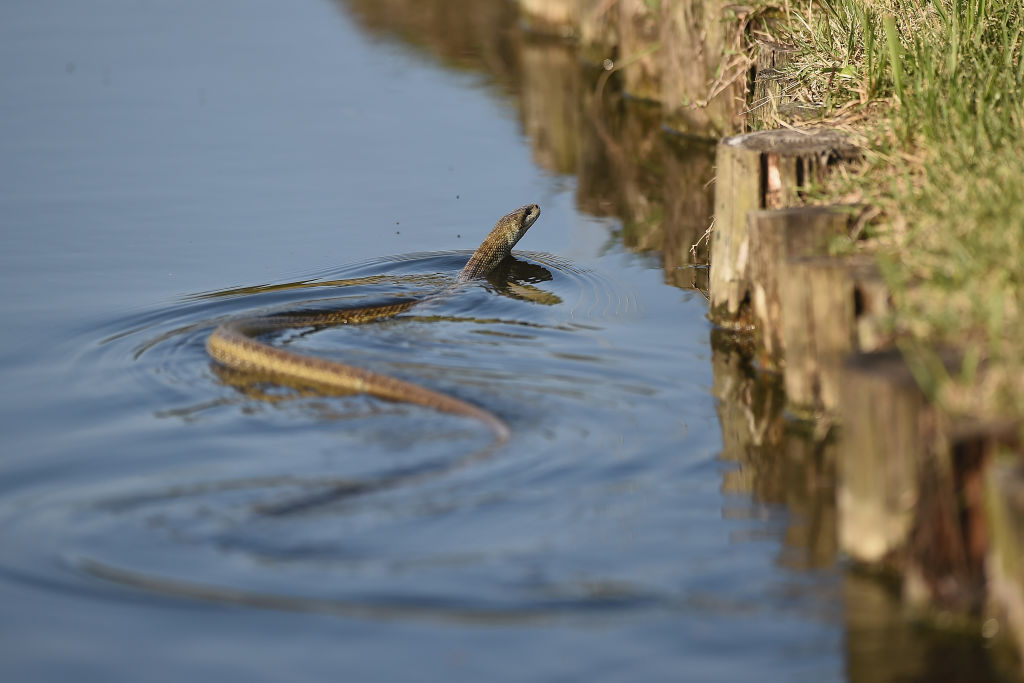 As a golfer who was once a frequent sufferer of the golf dream it’s my sincerest wish that this particular pearl of Lennon wisdom is absolute cobblers and the reason is simple: I thought I was alone with my subconscious mind’s tortured fantasies, but many golfers suffer it together and the idea of it becoming reality terrifies me.

There will be many who are blissfully unaware of golfing nightmares. In contrast, a surprisingly high number will understand precisely what agonies I have endured during deep sleep.

Nor do I use the word “precisely” half-heartedly because the similarity of content from sleeper to sleeper is remarkable.

A common version of mine goes like this: I start a round of golf, I’m playing well, actually I’m playing really well, so I stroll to the next tee feeling calm and even confident about the round ahead …

Whereupon it all goes horribly wrong.

Sometimes the tee is set up at a ludicrous angle to the fairway. A ludicrously impossible angle. Imagine trying to hit the 13th fairway at Augusta National from the 12th tee, but with the tee markers directing you towards the 11th green.

That kind of impossible.

At other times the tee shot is infuriating because my swing is impeded. Not a little bit, though. Oh no, SIGNIFICANTLY impeded.

The tee markers might be so tight to the sponsored backboards that starting, never mind completing, the backswing is impossible. The memory of this dream is so horribe that when I spied this tweet in the summer I started twitching like Inspector Dreyfus in The Pink Panther –

Taking a closer look at the swing of @jimbogolf1 💪 pic.twitter.com/mhdRBDLrWp

Another common feature of this variation is my initial calm and total belief that I will conquer the problem. It’s as if I’ve been chatting to a mind guru who promised all would be well if I just remained serene and chilled out.

Whatever I try, however calm I remain, I can’t get the club back and slowly I begin to panic.

There is no grim conclusion to these night tales, instead a sad acceptance that all promise has ended in misery.

The first evenings ruined by the dream were kept to myself, assuming they were further proof that I’m the type of person others insist “thinks too much”.

But when I learned it is actually quite common among handicap golfers I delved deeper and discovered the stars suffer too.

Tom Lehman has had it. In his version the over-hanging branch of a pine tree prevents him from making a backswing.

Lehman was victorious in just the one Open Championship, the winner of three wouldn’t suffer from it, right? Wrong, Nick Faldo gets it too.

What about five-time Open champion Tom Watson? “I’m boxed in and don’t have room to swing,” he reported. “Something vague is crowding me – the gallery maybe, or ropes, or something I can’t pinpoint.”

Stuart Appleby experienced his night-wobbles whilst he was actually contending in the Masters at Augusta National. “The guys are saying: ‘C’mon, hit it’,” Appleby explained. “And I keep saying, ‘I can’t, I can’t.’”

Tony Jacklin would dream himself playing down the narrow corridor of a hotel in a “must find the fairway situation”, lacking the space to swing, with the walls out of bounds.

Gordon Brand and Carl Suneson have had them too (but not Barry Lane, he’s a bit bamboozled by it all) –

WATCH: Even the pros have nightmares about golf, as @BazLane, @brand_jnr and Carl Suneson tell us pic.twitter.com/wPOmENWD0j

So what does it all mean? I assumed it was an anxiety dream, but sought the professional opinion of Ross Banner, a psychotherapeutic counsellor based in Surrey.

“You’re close to the mark,” said Banner. “Most members of clans or tribes were or are susceptible to very similar fears. For example, a tribe that lived near the sea would have been afraid of water-born disasters such as a tsunami. Naturally, their dreams, too, would be focused on what they were most afraid of.”

What of the startlingly similar manifestations of this dream?

“It would actually be strange if the content wasn’t so similar,” he argued. “And whether or not the golfer is a professional or an amateur doesn’t really matter either.

“The key is the competitive nature of the golfer and how much they want to win what they are competing in. In dreams there is content and process, and the content is the tangible things, in this case trees and bushes.

“If those trees and bushes became serpents then the golfer ought to worry because it would be getting serious.”

So there we go then. We’re okay for now, but if you start dreaming of snakes in the grass seek professional assistance.