Birkdale and my greatest golfing moment 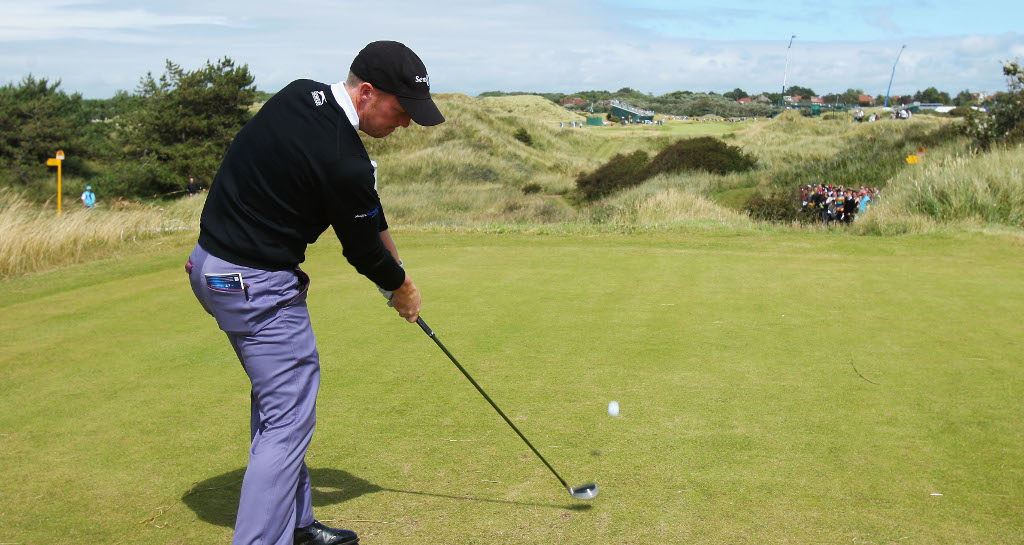 For most casual golfers, a hole-in-one would likely be regarded as their greatest moment on a course.

I’ve never had one of those but I do have an immediate response when asked about my own personal golfing high.

Let’s create some context. I manage to get in around six rounds per year (10 in a good season) and would typically shoot in the 90s. My handicap is an unofficial 22. I’m very much in the category of ‘not very good but can have my moments’.

In 2013, I was fortunate to go and play this week’s Open venue, Royal Birkdale, with friends Matt Cooper, Mark Kendall and Harry ‘The Hat’ Emmanuel.

It was a windy day and would soon turn into a horrendous one, with apocalyptic skies eventually hurling thunder, lightning and driving rain at us.

The first hole at Royal Birkdale is a monster and the European Tour reminded us of that earlier this week with the following Tweet.

“In the last 20 Opens, the first at Royal Birkdale has been the toughest opening hole on the rota. (4.49 average).”

In the last 20 Opens, the first at Royal Birkdale has been the toughest opening hole on the rota. (4.49 average) pic.twitter.com/C9vodF08BN

Visually, to a hacker like me, it looks scary, a complete contrast to the iconic opener at St. Andrews where the fairway (shared with the 18th) is about five miles wide.

When Padraig Harrington won the 2008 Open at Royal Birkdale, he made bogey-5 at the first hole on day one and then grinded out par 4s over the next three days.

Runner-up Ian Poulter also made three pars and a bogey. Third-placed Henrik Stenson, the current Open champ, parred it in round one but swallowed bogeys there on Friday, Saturday and Sunday.

Are you getting the picture? The first at Royal Birkdale is a brute. Harrington and Stenson (three Opens between them) and Ryder Cup hero Poulter played it in a combined five-over.

Yes, it’s not quite the equivalent of Kim Jong Il’s first ever round of golf (a 38 with 12 hole-in-ones according to official North Korean new sources) but I’ll take it.

My well-struck tee-shot (for me) went about 220 yards with a slight right-to-left curve which was the first sign that something strange was happening given that I’m a fader/slicer.

I then hit what I’ll describe as a career hybrid with my approach, the ball pinging off the club and bounding onto the green 210 yards away.

All this was an achievement in itself but, somehow, given what was at stake (a chance to do what the top three in the 2008 Open couldn’t manage in four tries each), I nailed the 25-foot putt, the ball slamming straight into the cup for a massively unlikely birdie.

I’ve had a few other modest sporting achievements – 62 break at snooker, bowling figures of 7-for-7 in U12 cricket, that crossover dummy Pele did against the Uruguayan goalkeeper in 1970 except I then scored (he put it wide).

But my birdie at the opening hole in my first and probably last ever round at Royal Birkdale wins out.

A very strange but memorable July day continued when the bolt of lightning came on the 8th hole.

At this point I mentally googled “golfers who have been struck by lightning” and my brain threw up Retief Goosen (twice) and Gordon Heron, a guest on the Alan Partridge Christmas special who was confined to a wheelchair after being struck on the 18th hole of the Colgate Cup and was now being pushed around by his wife Liz (with her lovely bird laugh).

Not wanting to join them and with hailstones now adding to the mix, we finally decided to abandon our clubs and leg it to the safety of the clubhouse where we cradled cups of tea.

It was a slight shame that the final 10 holes were played with freezing hands and soggy clubs but I did manage one more Kim Jong-Il moment when birdieing the par-3 12th.

I was probably about 20 over for the 10 holes in between but I left having played a spectacular course and owning a spectacular memory.

Rather pathetically, I’ll spend this Open willing every golfer in the field (unless I’ve got money on them) to play the hole poorly to make my birdie look even better.

Or I might give Robert Karlsson a call. Big Bob birdied it twice in 2008 so we could compare ‘3s’ in some Southport bar. Or perhaps start a ‘Birkdale birdie No.1’ club to which Harrington, Poulter and Stenson are barred due to failing to pass the entrance exam.

I’m probably over-egging the pudding now but, hey. If you’re at Royal Birkdale this week and see a bloke meandering up and down the 1st hole all day, nodding to himself with a wry smile as players sign for pars and bogeys, that’ll be me.