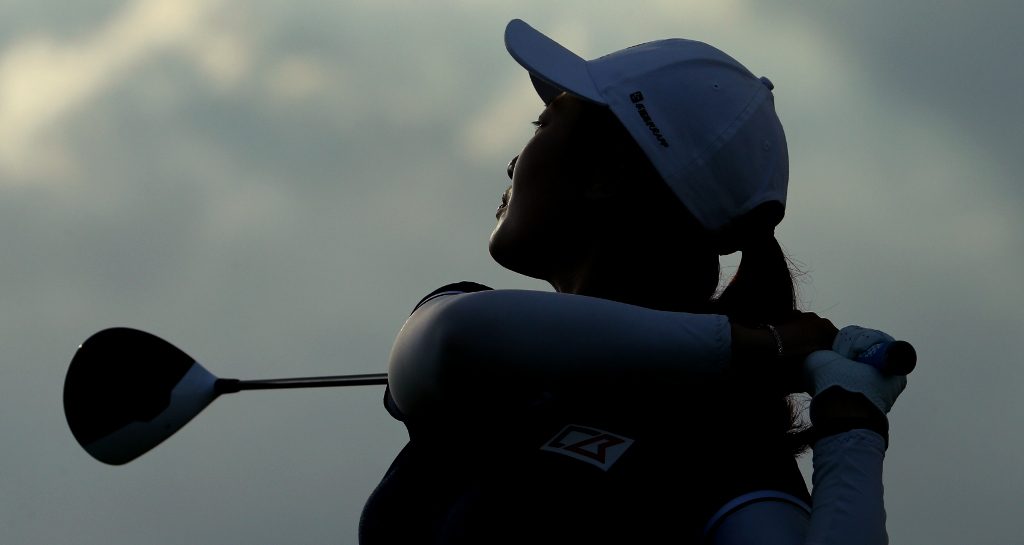 The announcement last week that the Vic Open had transferred allegiance from the Ladies European Tour to the LPGA was met with immediate and profound anguish by LET players for whom it was a spirit-sapping upper cut after an apparently endless cycle of body blows.

Whilst the shock was greeted with support from many, other onlookers offered clinical arguments. In one sense, this latter reaction was only right and proper if it came from people paid to take a step back, to weigh up the pros and the cons, to remain detached and measured.

Viewed through that lens news that the Vic Open had outgrown the LET after an official two-year partnership can be judged as inevitable.

A radical venture which has swiftly grown from a prize fund of $150,000 in 2013 to $1.5million next February, it achieved that by subverting almost every notion of the equal-pay argument.

Golf’s worst kept secret is out. 🤫

The prize pot grew not in spite of women and men playing together (on the same course, no less), but because of that fact. Player enjoyment of the week was evident, some even flew to Australia for the one week alone, excited by the unique atmosphere. Fans flocked to the host course, walking down the fairways with the players, the old fashioned nature of that experience a glorious contrast to the very modern format.

Sponsors who had been lukewarm about a men’s Vic Open six, seven years ago were enthralled by the prospect of this joint competition. It allowed the 2019 event to become co-sanctioned between the two Australian Tours, the Ladies European Tour and, for the first time, the European Tour.

Until last week, that is, when news broke that, with less than three months before the first tee time, the LET had been dropped and the LPGA would take over the reins.

Which is when players tweeted their hurt and observers sighed before talking of economic realities and the nitty gritty of corporate growth.

If there is no help (funding) how do we grow? “We” as players do the best we can with what we can control… results and social media. https://t.co/ZZ0cWaeACb

Viewing with the head and accepting the rule of the bottom line is not wrong. The tournament is bold so any notions that it would hold back its ambitions is ultimately naive. It’s also a brutal truth that golf is capitalism’s favourite sport and golf is fine with that. Players outgrow tournaments all the time.

Others that this was another harsh lesson about the current state of the LET and that sponsors will want the greatest stage; in the women’s game that is the LPGA. Another fair point.

But as well as a head we have a heart and we should remember that when passing judgement on LET player responses.

This is a group of players beleaguered after years of tour mismanagement, sponsor evacuation, media apathy and spectator indifference.

Yet at the Vic Open all of these things were turned on their head. In a world that doesn’t seem to care too much for the hopes and dreams of these players here was an event which actively welcomed them.

It takes little imagination to understand how much losing this ally would hurt. It takes only a little more to appreciate that next February will sting; when the European Tour and the LPGA celebrate co-habitation and pat themselves on the back for embracing such a cutting edge idea.

It’s like the nice guy dumping the girl next door for the school princess on the eve of the prom.

Which is not to necessarily criticise the tournament (although Golf Australia would appear to be the key driver of the change, rather than the Vic Open) or the tours. They are businesses so if better options arose, taking them was kind of inevitable (although a co-sanctioning might have been an option; did the LET spurning the LPGA/ET rescue package impact on these decisions?).

However, even when accepting this, we should still be capable of understanding the pain of those left in the wake.

And to also acknowledge that there maybe an element of tipping point about this latest reversal for the LET membership.

The passion which spilled out on social media was born of memories playing on, or being inspired by, a tour that a few years ago was a cosmopolitan circuit hopping around Europe and the rest of the world, but which is now a pale shadow of that full schedule.

It was an unfortunate coincidence that the news broke in the week of the final tournament of the year and also whilst Tiger Woods and Phil Mickelson were tarting themselves in Las Vegas.

When you have other tours that need that money… it’s vulgar. https://t.co/5ZRV1q0QgB

The pay disparity between The Match and the Open de Espana was not so much a gap as a yawning grand canyon.

In an effort to engender threat and significance to the former, Mickelson and Woods made sidebets of $200,000.

In the latter, no such contrivances were necessary because if you want to watch golfers play every round, every hole, every shot labouring under the weight of knowing they can’t really afford to be doing it then all you had to do was tune in to the LET. It’s another reason why losing the Vic Open hurt.

Want to see people lose money playing golf? Their own money, mind, not someone else’s. Fill your boots.

And don’t be angry that another economic reality is written down in such harsh terms, be furious that a circuit on which it was always difficult to make a living is now in a state that makes it almost impossible.