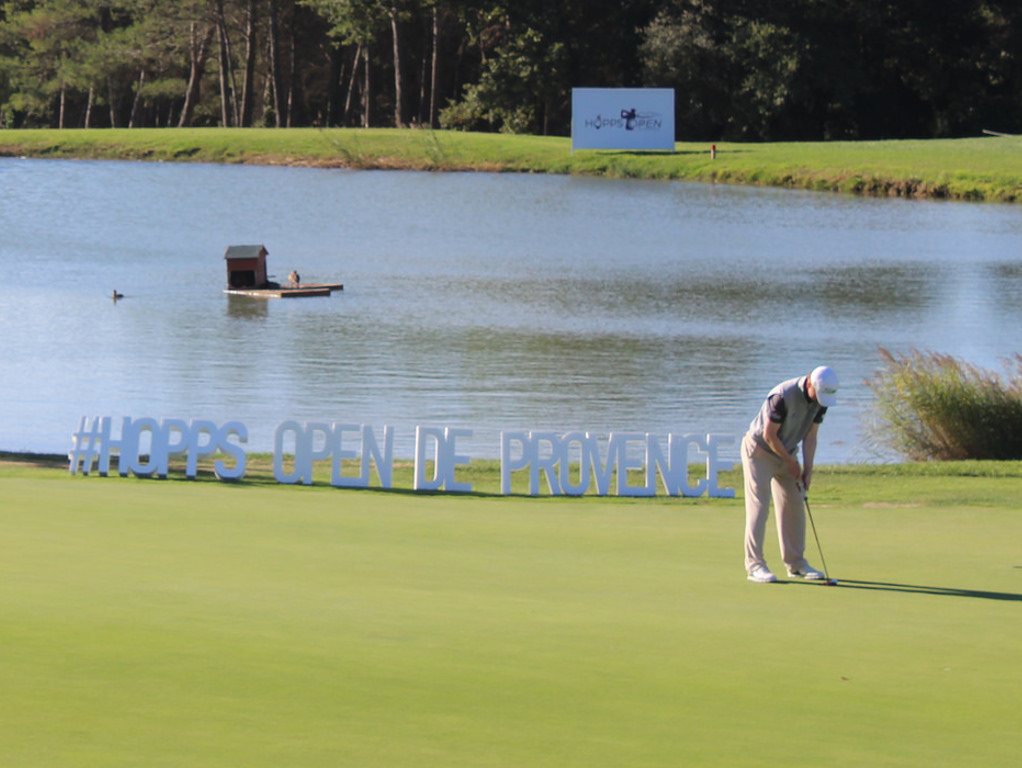 Mon dieu! What a day that was for a big crowd of French golf fans.

They thought their hero was going to be Romain Longasque who produced a sterling effort in round two – but, ultimately, it was his compatriot Victor Perez who reeled in new course record holder, Matt Ford, to lead by one, on 12 under, going into the final day.

Perez was actually disappointed to bogey the 18th, for the second successive round, but his legions of followers – the Hopps Open de Provence has emerged as one of the Tour’s best-attended events in 2018 – were more than happy. 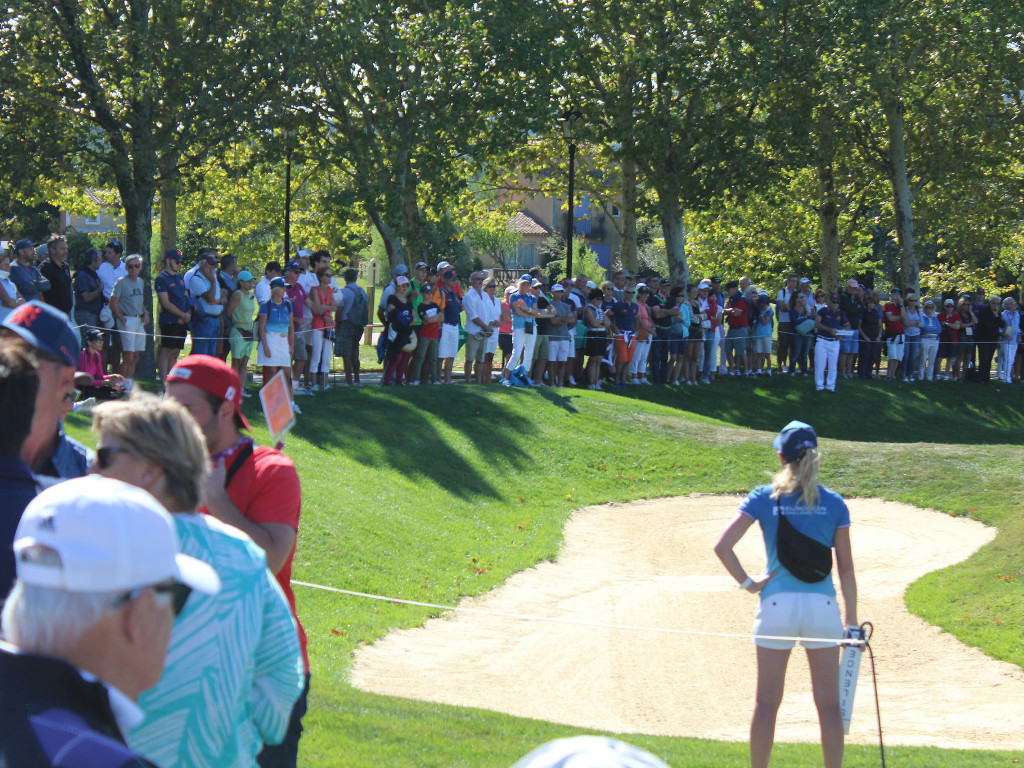 They absolutely love their golf down here – and they’re knowledgeable too. One of the members told me first thing this morning, in broken English – which is infinitely preferable to my moribund French – that this course is designed to be played when the greens are tricky and the wind is blowing. Guess what? This morning the greens were tricky and the mistral – a strong wind blowing down the Rhone Valley – has announced itself onto the tee. On several holes it blew straight down the fairway creating hitherto unknown issues for golfers who had been looking for a birdie fest.

Some, like Perez, bloomed, others, such as Ford, found it a little difficult. He followed his 60 of yesterday with a four-over par 76. But, to his eternal credit, the 40-year-old was pragmatic and charm personified talking to people afterwards. Maybe it comes with age – or maybe he’s still drunk on the adrenalin of yesterday’s display.

It did make me think, once more, how likeable and approachable the majority of these guys appear. I certainly won’t be a better golfer for having been with the Challenge Tour this week, but I do have more of an appreciation of what it takes to become a professional golfer.
If you’ve not experienced a Challenge Tour event, you may be surprised to learn – as I was – that caddies are far from the norm. Even Javier Ballesteros and the number-one ranked Joachim B Hansen pulled their own trolleys, while some of the pros actually carried their clubs – mind you, they are fit these lads.

Not for them the luxury of a bag-man who can check distances to the pin or read a green. At this level, for most at least, you’re on your own. And competing at this level doesn’t come cheap – you can expect to splash out anything up to €60,000 on travel, accommodation and living expenses through the season. Being in the money every week is not a bonus, more an essential. 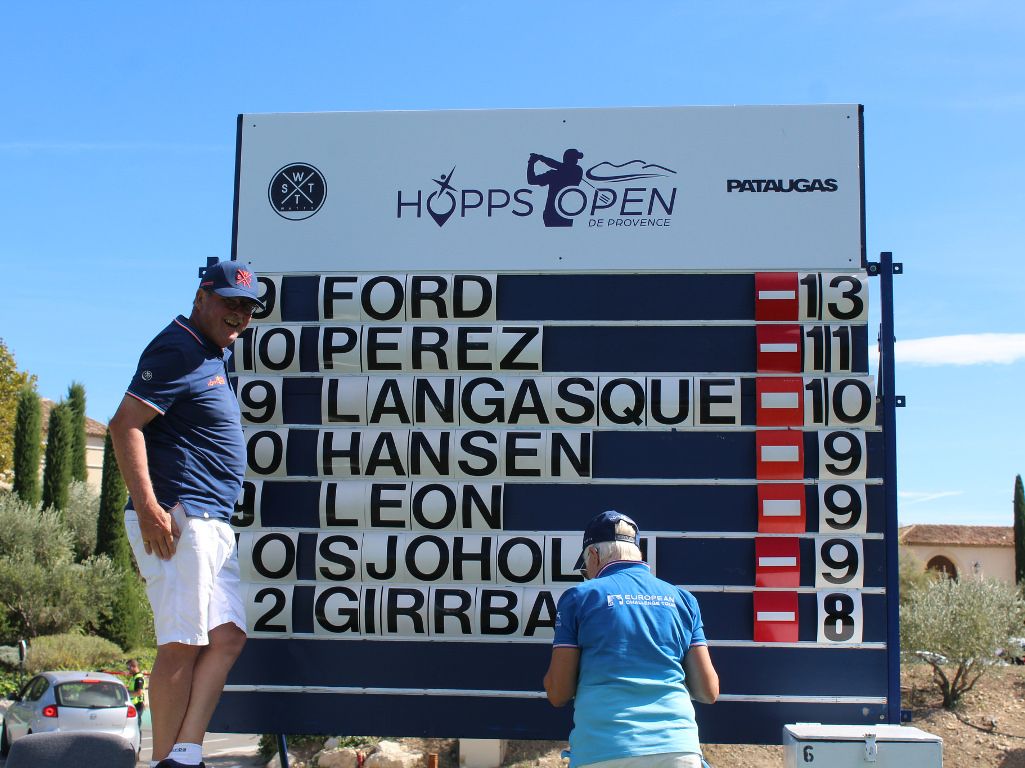 Most of the pros I’ve spoken with this week are sharing accommodation with fellow competitors here in the Pierres et Vacances village – and that helps. Here, they can walk from their accommodation to the practice area, and, with everything available on site – bars, restaurants, shops and pools – they don’t need to splash out on a hire car. (I did: and, save for running a colleague to the airport, it’s sat here getting a splendid tan at my expense).

As one, they’ve all said how much easier it makes life for them being able to stay ‘on site’ – a prerequisite for those of us who enjoy a golf trip away with mates. When I return, which I surely will – maybe even when the Challenge Tour returns next year – I’ll save up and plump for the luxury of the splendid four-star Le Moulin de Vernègues hotel, which sits alongside the second hole. I couldn’t resist a look around and it was, as they say in these parts, tres bien.

If you’re looking for a swan update I can tell you they were on good form again today by the 13th green. It turns out they have an egg in their nest which explains why they are getting so defensive. One of them had a lucky escape while preening as a ball landed no more than a foot away, thudding into the bank before plopping back into the water. It looked up momentarily as if to say the swan equivalent of ‘what the hell!’, before returning to its grooming. The swans appear less concerned about the danger of projectiles, than the golfers do of being chased across the green by an enraged bird.

And, talking of birds, not only did I see a majestic grey heron by the lake on the fifth, I also saw, in the distance, what I am reliably told was a small eagle, which has its nest somewhere down by the 18th tee. 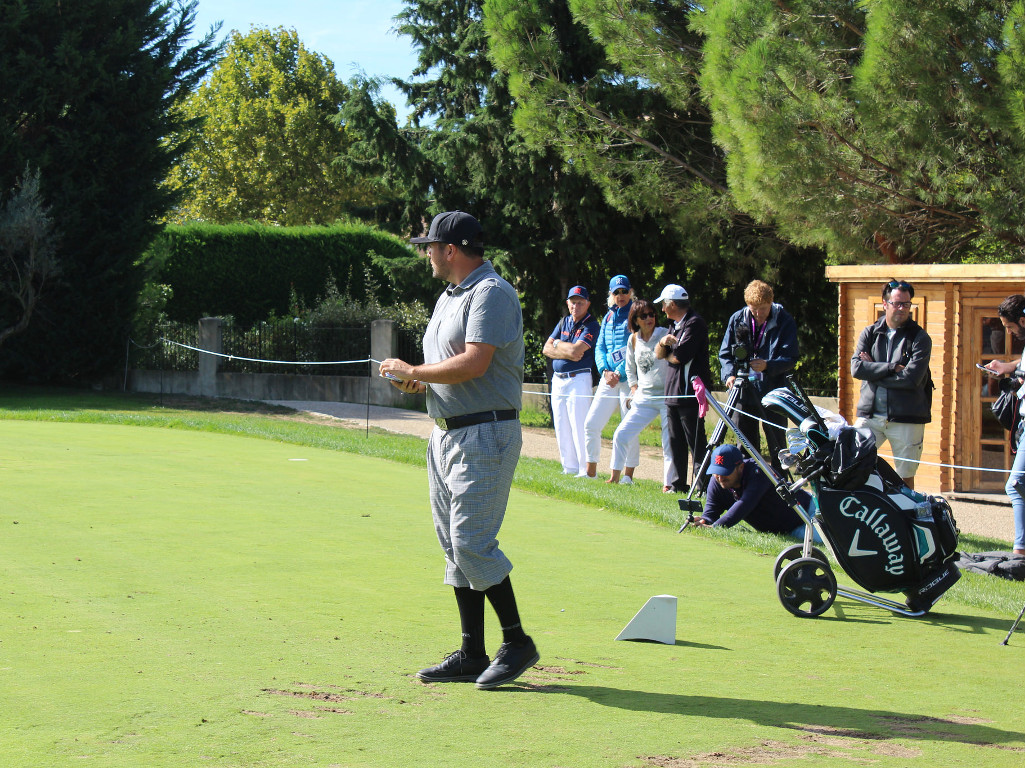 Provence is certainly good for wildlife: apparently the course is also home to deer, an abundance of RED squirrels, some large hares, woodpeckers, and, that rarest of species, the contented member.

Looking ahead to the final day’s play, we are expecting the mistral to return, which should, once again, make the course a completely different animal. And with the Seve Ballesteros design lending itself to the prospect of some very challenging pin positions there will be much whooping and gnashing of teeth, in equal measure, I suspect. Talking of teeth, I feel Perez has the bit between his now and I wouldn’t be surprised to see him with the trophy at the cessation of hostilities.

My highlight of today, however, came early on at the first tee and will be one of my lasting memories of golf in France: a commissaire, resplendent in the branded puffa jackets they’ve all been supplied, raising aloft a sign calling for silence with his right hand, while his left, simultaneously, enabled him to munch on a very tasty looking croissant. You can’t help but love France …

Even preparation is a Royal Challenge
All roads are leading to Pont Royal
A golfer named Ballesteros
The sights and sounds of Pont Royal
All set up for a Matt finish?