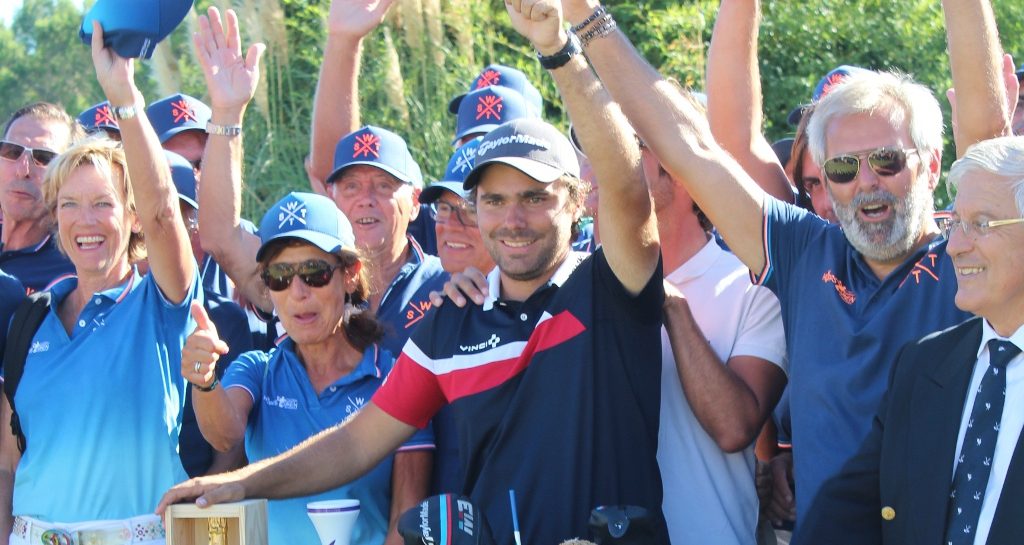 Dave Bowers wraps up his week in France with a look at how it all played out in the final round of the Hopps Open de Provence.

Lying joint fifth after the third round, the 23-year-old – who can already count a Masters and an Open Championship on his CV – overturned a two-shot deficit to his compatriot Victor Perez to win by three shots, on 15 under, from two Joels: Swede Sjoholm, and Swiss Girrbach.

It was his first professional victory and, coming as it did, on home soil, he was quite emotional in his speech, particularly when thanking his parents for their support. He also thanked the large crowd for the support it had given him – indeed, he had been followed by a large gallery ever since halfway through the second round when the locals realised he might be in with a shout.

💬 “I had everything to win and nothing to lose."@Lancaisse on becoming the #OpenDeProvence champion pic.twitter.com/H8XmIvJEaB

There was a different leader at the end of each day in this topsy-turvy event, which tends to support the view of the members here at Pont Royal, that the course is a completely different beast when the mistral blows.

Whisper it quietly, but some of the pros were confident the winning total would be in the -20s, having experienced the track at its most benign during the pro-am and the first day’s play.

The leader of the Challenge Tour rankings, Joachim B Hansen, led after the first day only to be overhauled on day two by Englishman Matt Ford, whose new course record 60 will mean he will always have fond memories of Pont Royal.

Langasque was on his tail, and hung around at the top on day three when fellow Frenchman Perez stormed to the top of the leaderboard as the wind blew and the greens hardened. Poor Ford misfired, taking 16 more shots than the previous day. “That’s golf,” said one member … only in French.

The affable Ford continued to play with a smile on his face despite ending up on the final day tied sixth, six shots back. He showed impressive mental resilience on the ninth when, after his decent approach shot unfortunately rolled through the green, he almost lost his trolley in a greenside bunker as he arrived to examine his lie.

He managed to quickly get all his clubs back in the bag and produced an impressive up and down for his birdie, suggesting he remained unfazed by his fall from grace. On the 18th he produced a great putt from the fringe to rescue par and, smiling, said to his playing partners ‘first one!’ But he’d still had a week to remember. 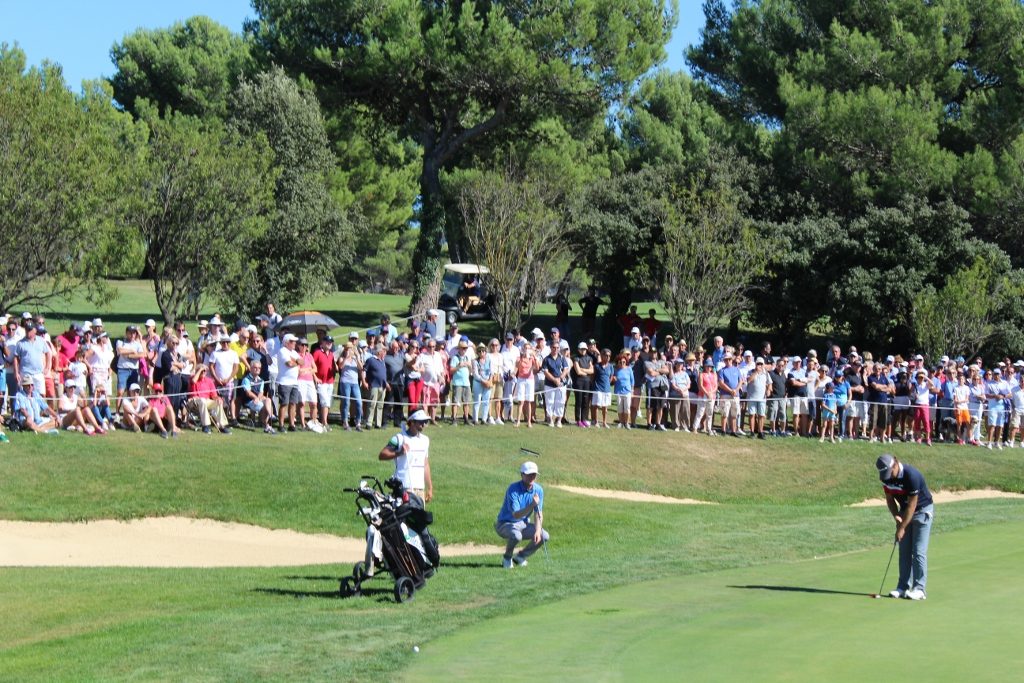 So has the host venue, Pont Royal. Previously the resort had hosted the Alps Tour, so this was a step up and officials handled it with aplomb. They even guaranteed four days of beautiful sunshine, the thermometer seldom dipping under 30 for the duration.

Perez was correct when he said the Tour was lucky to be playing in the south of France at this time of year. Imagine their chagrin had they been forced to endure the weather parts of the UK are currently experiencing.

It’s the European Challenge Tour but it goes all over the planet now – and it even includes golfers from South America. That means some difficult names to pronounce for the starters, and, particularly impressed with the performance by today’s man with mic, I asked him if the Tour provided a phonetic guide to the names.

Russell, a member at Pont Royal, explained it was the first time he’d taken on the role of Ivor Robson and he had done research on the names and, where possible, checked with the players when they first arrived on the tee. They’re actually quite used to people pronouncing their names incorrectly, he explained – so it must have made a pleasant change to hear them called correctly. That is if Russell did call them correctly – I’m just assuming he did. Like me, everybody seemed very impressed with his intonation.

And all the players I spoke with were impressed with the course, even if they didn’t get their anticipated 20-under score. They all said the same thing: you need to be accurate off the tee and think about your shots. It was designed, of course, by Seve Ballesteros – the only one in France with that honour – so we shouldn’t be too surprised the emphasis is on creativity rather than brute strength. 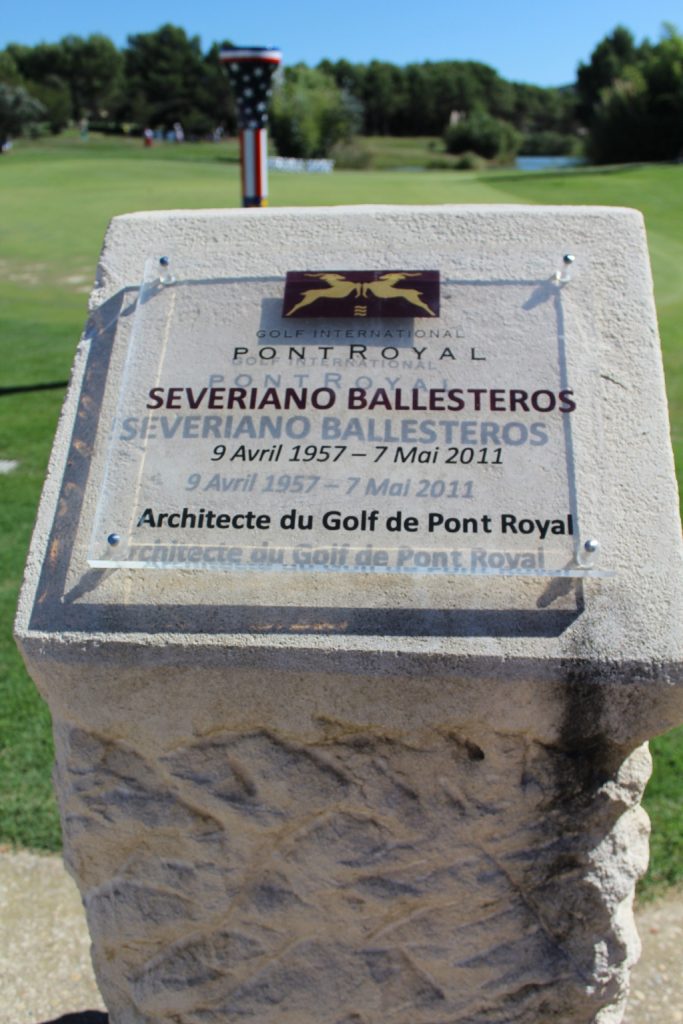 Spectators also enjoyed the whole experience: they certainly got value for money – it was free to watch and they got a home winner.

This was the first of what is scheduled to be a run of three Hopps Open de Provence, but I wouldn’t be surprised if there were more. The crowds suggest the appetite is there among the population and the location is superb.

I hope to return next year and if you fancy taking a short break to see some very decent golf, there are two hotels and a holiday village on site here at Pont Royal, making it a perfect late summer getaway – oh, and the wine and cheese is superb around here, too.

And what about the black swans I hear you ask? It would seem both they and the competitors got away without any serious confrontation, although, even on the final day, there were some players putting nervously when in their vicinity. And if the swans don’t get you the fish might – I saw one guy stop the backswing of his putt on the 18th because of the noise made by a carp leaping out of and back into the water. Don’t they know it’s disrespectful to catch flies when somebody is lining up a putt …?

Even preparation is a Royal Challenge
All roads are leading to Pont Royal
A golfer named Ballesteros
The sights and sounds of Pont Royal
All set up for a Matt finish?
You can’t help but love France