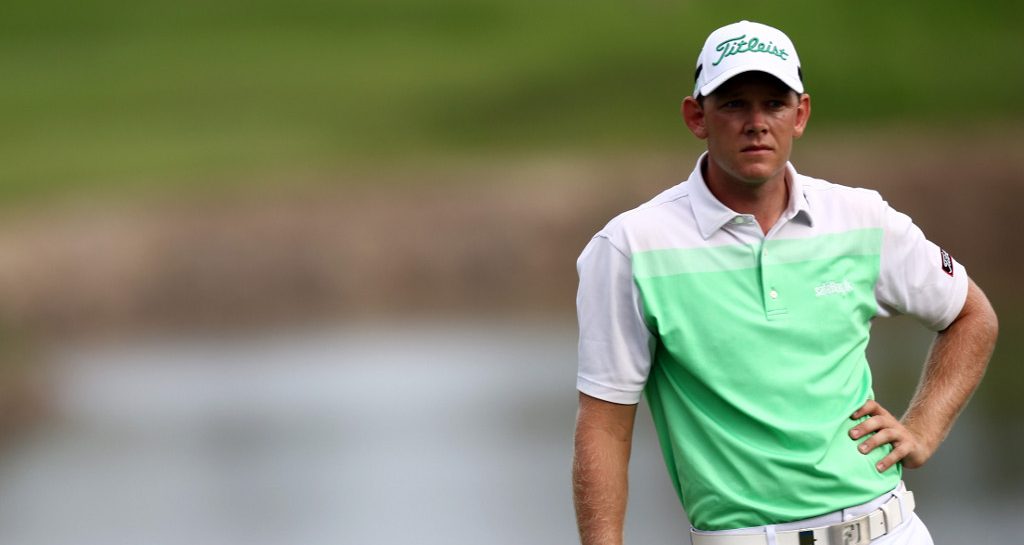 Challenge Tour golfers often find their playing time split between their ‘bread-and-butter’ and the occasional foray into the ‘bigger pool’ of the European Tour.

His current points tally is nearly half as much again as that of his nearest challenger and fellow Scandinavian, Sebastian Soderberg, of Sweden, ranked 222 in the world, whose joint second place in the recent Bridgestone Challenge has pushed him right up the standings.

Both can rest assured they will have already done enough to guarantee a top-15 finish to earn full playing rights to the 2019 European Tour international schedule, ahead of the Hopps Open de Provence, to be played at Golf International Pont Royal, from September 20-23.

As can Finland’s Kim Koivu (#208), Scotland’s Liam Johnston (#230) – whose impressive victory in last weekend’s Kazakhstan Open rocketed him into the top four – Wales’ Stuart Manley (#197), and Italy’s Lorenzo Gagli (#277), whose impressive 110,000 points have come from just six events – the minimum number of tournaments anybody else has played in the top 10 is 14.

The next three or four can probably sleep soundly in their beds too, but those ranked 10 or lower will definitely be looking over their shoulder nervously. And there are some well-known names scheduled to tee off in Provence who could well put a cat among the birdies …

Tom Lewis – ranked 163 in the European Tour’s Race to Dubai – the winner of the aforementioned Bridgestone Challenge, and who shot to fame in 2011 after posting the lowest score by an amateur in Open Championship history at Royal St George’s, leapt into the top 15 on Sunday courtesy of a tied-third finish in Kazakhstan.

Former Ryder Cup player Oliver Wilson – ranked 247 in Europe – sits in 33rd position and is looking to recapture some of the fine form of his earlier career. In 18th spot sits Northern Ireland’s Michael Hoey, who was once inside the world’s top 75, as was Ross McGowan, who’s currently 37th in the Challenge Tour standings and is another who could sneak into the top 15 with only four events remaining ahead of the Ras Al Khaimah Challenge Tour Grand Final.

Other well-known names scheduled to test themselves on the only Seve Ballesteros-designed course in France, include former BMW PGA Championship winner Simon Khan – who was inspired to take up the sport after watching the legendary Spaniard in the 1984 Open Championship – and the 2016 Foshan Open champion Marcus Armitage, currently ranked 197in Europe.

Oh, and Javier Ballesteros, the 28-year-old son of the legendary Spaniard, will also tee it up on Thursday.

The host country’s challenge will be led by the European number 191, Victor Perez – 28th in the Challenge Tour list – and Robin Sciot-Siegrist, currently ranked 295 in the Race to Dubai. Local interest will probably focus on Amaury Rosaye, from Golf d’Aix eu Provence – just 23 km south east of Pont Royal.

Sometimes, those of us who love our golf lose sight of just how good these guys with a three-figure ranking really are. If, for example, you were the 300th best footballer in Europe, chances are you’d still be earning a damned good whack, playing in one of Europe’s top five leagues, and be a household name – at least in your own country. In individual sports we tend to overlook such things.

For most of the field at Pont Royal, the scenic course will be a new venue, unless they have come up through the Alps Tour, whose Masters 13 event has been hosted at the resort for a decade. So they could do worse than seek out the advice of the director of golf, Jerome Lauredi, who has been a fixture at the resort for 10 years.

He explained: “The tournament will be won on the par-three holes – particularly 11 and 13, which are very challenging: the former over a ravine and the latter over a lake, with a limited landing area on the greens. They’re very much risk-and-reward holes and should supply an excellent spectating opportunity.

“And the back nine is where the tournament could also be lost. Having said that, I should, perhaps, attach a caveat: if the mistral is blowing it is a very different course and all the players will struggle.”

Ah, the mistral. It may sound ethereal and Tolkienesque, but it’s not. It’s a strong wind, which blows down the Rhone Valley and has been known to hit 85km/h. In reality it’s not likely to be turning over marshals’ buggies any time soon, but it could reach 30km/h if Mother Nature wanted to indulge in some insider trading. A strong breeze here could see an expected winner.

France will, of course, be the focus of the golf world later in September, when the Ryder Cup takes place 400-odd miles away near Paris. But the knock-on effect means interest in the Hopps Open de Provence has been intense. Volunteers are coming in from golf clubs across Provence and the local community has banded together to offer assistance.

Alain Rault, a director on Pont Royal’s board, explained: “Most of the golf courses in Provence are involved by providing volunteers as course marshals. And we’ve invited them to play in a special tournament on the Monday after the completion of the event – that will be great fun after the tension of the professional event.

“We’ve had a great response, with more than 100 volunteers offering their services, and they will be easily recognisable in their smart uniforms. We’ve also received very generous financial support from the mayor of Mallemort (the nearest town) and help in managing the visitors, with off-site parking to cater for the anticipated crowds, who can enjoy free entry to the event across all four days.”

And it’s not just in the number of volunteers where the enthusiasm is palpable. Golfers have also been galvanised to get out on Seve’s fairways.

Lauredi added: “The course is fully booked the week before the event and the week after, because there is so much anticipation. It’s the first time in more than 20 years that a top level European Tournament has been held in the south of France, so there is tremendous interest and some pride. Also, because it’s just before the Ryder Cup we hope for some benefit from that.”

Whether it’s regional pride, the Ryder Cup ripple, or the Ballesteros effect, all Provençal roads are leading to Pont Royal on September 20. And, if you’d like to join them, accommodation options at the domaine are outlined on the club’s website.

And golf fans can continue their French odyssey over the following two weeks, with the Junior Ryder Cup, which takes place at Disneyland Paris®, from September 24-25, and, of course, the big one, which tees off at Le Golf National, Paris, on September 28.

Dave’s last blog: Even Preparation is a Royal Challenge