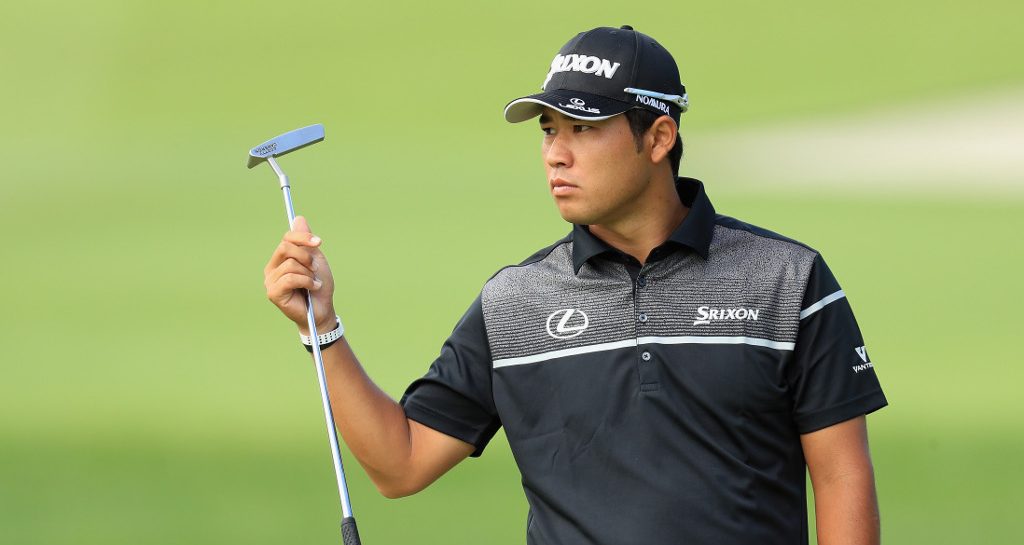 Dave Tindall examines the markets and picks out three investments in this week’s WGC-HSBC Champions in China.

Hugely impressive stuff given that this is a gathering of the great and the good and there had never been more than a three-stroke victory margin in the previous 12 editions of the tournament which emerged on the scene in 2005.

The Japanese golfer was ranked 10th in the world at the time but now returns as the Number 4. That’s two spots above Rory McIlroy by the way.

Having backed Matsuyama to win the US PGA and give Japan a first male major winner, I was very aware that his failure to get it done after going into the weekend at Quail Hollow as joint-leader had been a bit of a hammer blow to him.

Not helped by feeling under the weather in the build-up, he had a nightmare in the Presidents Cup and, as a betting proposition, Matsuyama was a no-go area.
It showed in his results with a run of MC-23-47-26 across August and September.

But, you can’t keep a good man down for long and in the PGA Tour’s CIMB Classic in Malaysia he found a spark, shot a third-round 63 and finished T5.

Speaking at his HSBC press conference on Wednesday morning, the 25-year-old revealed: “This tournament was the catalyst for the best twelve months of my career so far and to defend my title would really cap it all off. I had a good rest last week after playing in Malaysia and I’m feeling very refreshed now.”

Watch out then world!

Matsuyama won the 2016 Waste Management Phoenix Open in Arizona and returned 12 months later to defend it so knows how to go back-to-back.

We’ve always known him as a guy who hits a daft amount of greens in regulation but something very strange happened to Molinari here in 2010 – he won the tournament because his putter was on fire.

The Italian has been dragged down by his shortstick over the years but in that memorable week seven years ago he required just 100 swishes of the blade and topped the Putts Per Round stats.

Not on this course. For whatever reason, he’s always found putting on these greens to his liking and, throwing previous form aside, has finished in the top 10 for Putts Per Round in four of his six appearances.

That’s helped him to a win and three other top 10s and he’s never finished outside the top 25 in those half-dozen starts.

You won’t find him shouting from the rooftops this week – Molinari has the least Latin temperament of any Italian in history – but he has every reason to be talking himself up.

As well as that course form, the Inter Milan fan, has been playing some excellent golf over the last few months.

He produced his best ever performance in a major when tied for second in the US PGA at Quail Hollow and we last saw him making a bold title defence at his home Italian Open before settling for T6.
You can get 33/1 on the Ryder Cup star winning this week. That’s definite each-way material and I also like him for top European at 12/1.

If you’re on a European time zone, one of the most enjoyable things about golf in Asia is waking up to check the scores.

Some or most of the action has been taking place while you’re in a deep sleep so all that ‘leaderboard refresh stress’ is removed.

Simply wake up, fumble around for your glasses, click on the relevant app and cheer or sigh accordingly.

Backing Paul Casey to win over four days can be a frustrating pastime given that he’s not won a PGA Tour event since 2009 but he’s man to have onside if you’re looking for fast starts.

Between September and late October last year his end-of-round-one positions were 3-3-7-2-4-6. More recently he’s been second after the opening 18 in June’s US Open and September’s Tour Championship.

Casey has enjoyed bursting from the blocks in China too. His very first round in the country was a 64 which made him first-round leader at the 2005 TCL Classic and he’s been inside the top 10 after Thursday’s play in his last five starts there.

Three of those were in this event so given his current form – the Englishman has finished in the top seven in four of his last six starts – there’s every reason to believe you can wake up on Thursday morning to discover ‘P Casey’ at the top of the leaderboard.

And what a joy that would be. Winnings in your account before Thursday lunchtime and funds to probably blow on the weekend Premier League action.