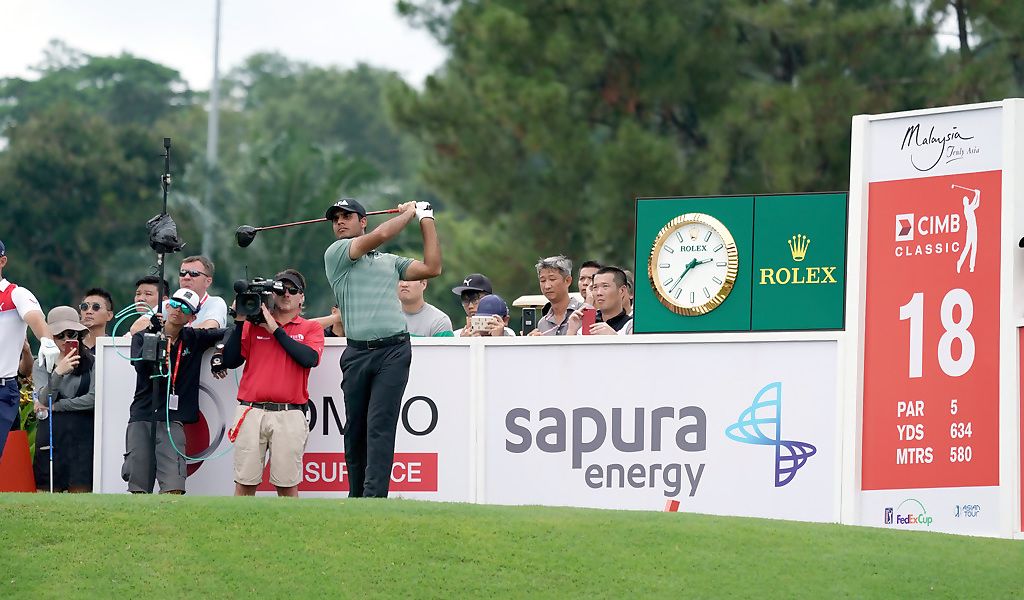 Rising Indian stars Shubhankar Sharma and Aaron Rai have the potential to inspire a whole generation of golfers in one of golf’s untapped markets.

A 2010 report from the New York Times estimates that there are around 100 000 golfers in India. Despite the huge lower class, out of a nation of over 1 billion, that is not many at all.

However, Sharma and Rai have the opportunity to inspire the burgeoning middle class. One way to do that is with results…and the duo are sure taking care of that.

After consistent golf, Sharma recently claimed the 2018 Asian Tour Order of Merit, becoming the youngest Indian to do so. It caps of a strong year, where he broke into the top 100 for the first time.

At WGC-Mexico in March – his debut PGA Tour event – he held the lead after the 36 and 54 hole leads but faltered in the final round. Sharma’a efforts earned him an invitation to the Masters, where he became just the fourth Indian to participate at Augusta.

What an incredible season for @shubhankargolf 🇮🇳, #1 on the Habitat for Humanity Standings #whereitsAT pic.twitter.com/ACTS7QLSXF

“This year has been a huge learning curve for me,” the 22-year-old said after securing the Asian Tour accolade.

“I’ve played in some of the biggest events I could ever imagine and learned a lot. I know I have the game to be among the best in the world and I just want to keep playing well and give my best shot.”

While not born in India, 23-year-old Rai is of Indian descent and bagged his first European Tour win a the Hong Kong Open last month, adding to his three Challenge Tour wins.

“It’s incredible to win on any tour, let alone the European Tour,” he told BBC Sport.

“It’s nice having wins in the past which help you in a sense, but it did feel a little bit different today in terms of just how big it is.

“Also playing with two world-class players in Tommy Fleetwood and Matt [Fitzpatrick] was huge for me.”