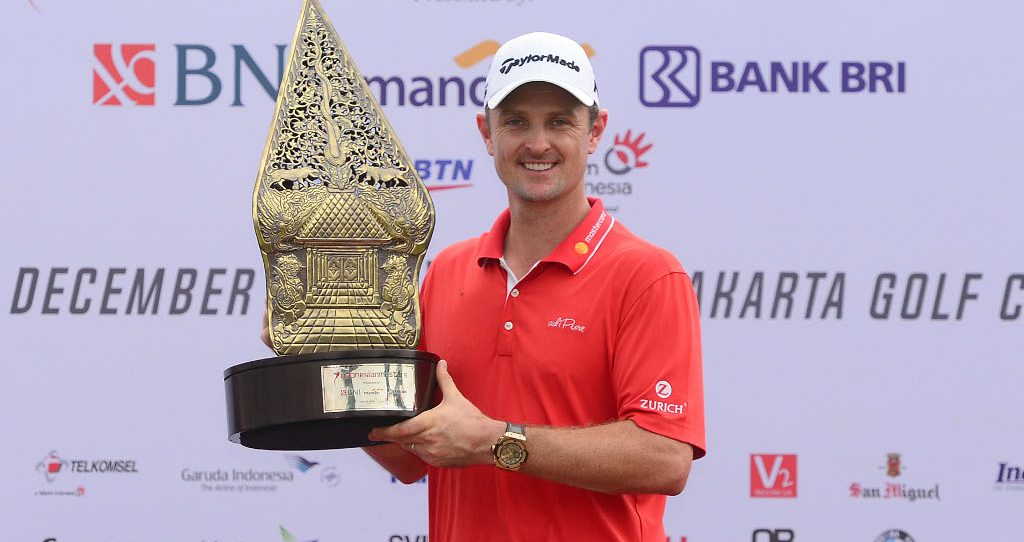 England’s Justin Rose capped a sensational year by storming to victory at the Indonesian Masters in Jakarta on Sunday.

No one could touch Rose in the final round as he closed with a stunning ten-under-par 62 that saw him finish all of eight shots clear of the rest of the field.

“It is my last event of the season, to finish the year on a good note and still have a couple of weeks to enjoy this win over Christmas and New Years is really nice too,” said Rose.

“It is my lowest winning score (-29) and to win by eight shots, all of that are huge positives. The largest winning margin for me in a tournament, to come here with my game in good shape, have the deal with bad weather and jetlag and stay focused on all four rounds, is something that I am really pleased about.

“I have had a dream week and I have played incredible golf. 21-under-par is very good golf. Starting the week with a three-shot lead would have had to shoot 69 to win today so these guys chased me all the way to the finish, this tells you a lot about the strength of the field and all of them put forth great rounds.”

The marathon week, which saw the tournament hit by multiple weather suspensions, never fazed the world number six. After completing 10 holes from his third round in the morning, Rose was back at the starting tee in 30 minutes.

The world number six got his round going with a birdie on the third hole before embarking on a stunning run with four birdies and an eagle starting from the par-four fifth at the Royale Jakarta Golf Club.

Rose’s lead was never threatened when he surged further ahead with three birdies in his next four holes after making the turn in 29. The Olympic gold medalist dropped a shot on 16 but delighted the crowd at the Royale Jakarta Golf Club by closing with a birdie on 18 for a winning total of 29-under-par 259.

It was another second placed finish for Thailand’s Phachara Khongwatmai at the Indonesian Masters after he signed for a flawless 65 while Zimbabwe’s Scott Vincent closed with a 69 to take third place at the Asian Tour season-ending event.

India’s S. Chikkarangappa meanwhile secured his Tour card at the expenses of China’s Liu Yan-wei by taking the last 61st spot on the Asian Tour Order of Merit.