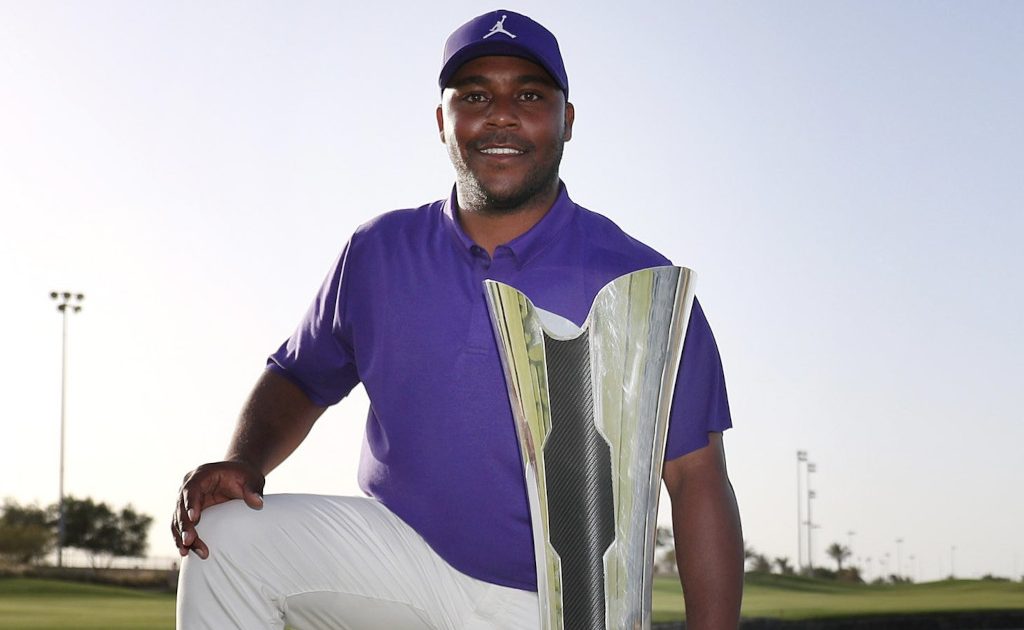 American Harold Varner III made an incredible eagle on the 72nd hole to win the Saudi International in Jeddah.

Needing to birdie the par-five 18th to force a play-off with two-time Masters champion Bubba Watson, Varner holed from around 90 feet for an improbable eagle to seal a dramatic triumph at Royal Greens Golf and Country Club.

Watson had earlier finished birdie, eagle to set the clubhouse target on 12 under par thanks to a closing 64 in testing conditions due to strong winds.

Varner, who took a one-shot lead into the final round, looked to have blown his chance when he double bogeyed the 14th and dropped another shot on the 16th, but matched Watson’s finish to shoot 69 and win for the first time since 2016.

“It’s awesome,” said Varner, whose post-round press conference was interrupted by a phone call from his wife.

“It’s been pretty crazy since it happened. I’m just trying to take it in. Winning just never gets old.

“I know that there’s been times where it just didn’t go my way and today it did. I’m super thrilled not just for myself, but everyone that’s either on my team or in my corner.”

Watson was gracious in defeat, saying of Varner: “It’s a dear friend of mine. It’s a guy I truly love. It’s a guy that I want to help.”

Spain’s Adri Arnaus finished alone in third on 10 under, with England’s Steve Lewton and American Cameron Smith a shot further back.

Tommy Fleetwood went into the final round two shots off the lead but could only card a closing 73 to finish in a tie for eighth with defending champion Dustin Johnson.